Kendra Wilkinson and Hank Baskett have been married since 2009, but it looks like they’re calling it quits. The former Playboy model and ex-NFL star share two children together, son Hank Baskett IV, 8, and daughter Alijah Mary Baskett, 3.

Wilkinson has gotten real about her biggest struggles throughout their imminent divorce (page 7), as well as where she’s focusing her energy to try and stay strong (page 9).

She put those rumors to rest. | Jonathan Leibson/Getty Images for WE tv

In February 2018, Wilkinson took to Instagram to shut down rumors that she and Baskett were faking marital problems for TV viewership. In shutting down those rumors, she confirmed that her marriage is, indeed, on the rocks.

In her now-deleted post, Wilkinson outlined seven points about the reality of their marital problems. Some of those points included, “How do u fake marital problems? Makes absolutely no sense,” and, “Yes we are having issues.”

She explained, “These issues Hank n I are having in our home which we are trying hard to overcome, everyone knows about, including producers and network, friends and family.” She added, “The last thing I want to do is hurt Hank.”

Next: She hasn’t been taking this easily.

2. The imminent divorce is hitting her hard

Their marriage was on the rocks, and it was too much for her. | Isaac Brekken/Getty Images for WE tv

Wilkinson is understandably having a hard time with her marital issues. A source told People in March 2018, “They’ve been having a really tough time especially over the last three to six months.”

The source added, “She’s always been someone who wanted to be fully committed, married forever, and was definitely a ‘I’ll never get a divorce’ kind of girl, but she really lost trust in her marriage and she’s realized there’s no turning back.”

Next: Why has she lost trust?

In a confusing series of events, Baskett has admitted to cheating on Wilkinson. According to Baskett, he was sexually assaulted by a transgender model while buying marijuana. Rumors have swirled about his complicity in the act. Baskett admitted that he felt terrible. “I put myself in a bad situation. And everything through me brought pain upon this family.”

Next: Her reaction was intense

According to Wilkinson herself, she “went ballistic.” First, she kicked Baskett out. She followed that up by flushing their wedding rings down the toilet. Once Baskett admitted what he did wrong, Wilkinson says she felt a little sympathetic. She claims Baskett can be very gullible.

Next: This is a surefire sign things aren’t getting better.

The couple’s issues clearly haven’t improved, as Wilkinson and Baskett have both stopped wearing their wedding rings. On Mar. 27, 2018, E! News reported, “Kendra and Hank were recently spotted at their son’s soccer game in L.A. without their rings.”

Wilkinson also took to her Instagram stories to show her hand without a ring, captioning the photo, “I’m proud of myself.”

Next: She’s finding it hard to be strong.

6. She begged her fans for support She opened up to her followers. | Kendra Wilkinson Baskett via Instagram

Before Wilkinson proudly showed off her hand without a wedding ring, she used her Instagram stories to beg for support from her fans. In a series of heartbreaking black-and-white selfies, she shared messages such as, “Pray for Kdub lmao. Life isn’t making any sense to me right now. Sorry I’ve been MIA,” and, “How much strength does it take to be strong?”

Next: This has been one of her biggest struggles.

7. She’s overwhelmed by the labels

The media doesn’t seem to be on her side. | Gustavo Caballero/Getty Images for ESPN

Wilkinson’s impending divorce has revealed some of her biggest struggles. While she may normally be able to brush off the labels, as of lately, they’ve been getting to her. She shared in her Instagram stories, “No matter what … I am labeled. Playboy party girl. Bad mom. D list celebrity. Crazy. Always wrong.”

She even added, “Sometimes a hug is all I need but I guess I’m covered in thorns.”

Next: She’s trying her best to stay positive.

8. She’s determined to love herself again 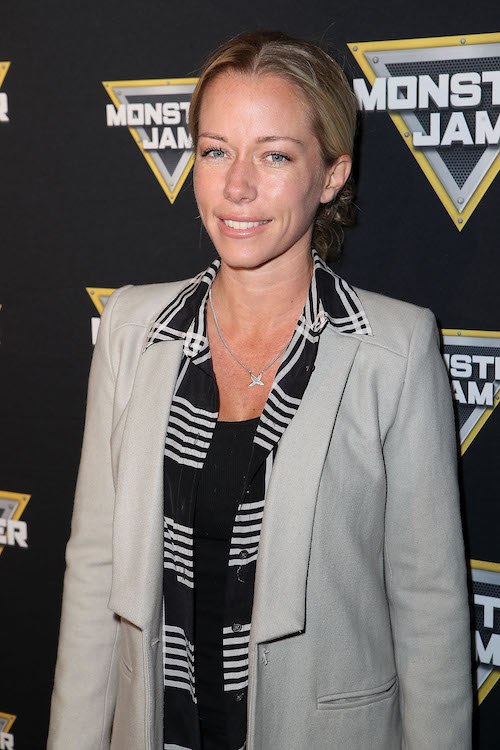 She will be focusing on herself. | Ari Perilstein/Getty Images for Feld Entertainment

As difficult as this time has been for Wilkinson, she’s trying her best to stay positive. She expressed, “I need to love myself again and I will. Life is too precious.”

She once again directed her message at her fans, writing, “Thank u to those behind me n pushing me with love. My next fight will be for the KO.”

Her Instagram stories ended with a hint of optimism: “Tomorrow is a new day. I will smile. Goodnight.”

Next: This is where she’s focusing her energy.

9. She’s putting her kids and herself first

She knows what is really important. | Kendra Wilson Baskett via YouTube

Wilkinson might have needed to reach out to her fans for support, but that doesn’t take away from the strength she’s had during this difficult time in her life. A source shared with People, “She’s focusing on her kids and making sure they feel safe. She’s been going on hikes, working out, doing a ton of pilates and just trying to stay healthy.”

When she needs to be surrounded by love, she’s got her girlfriends looking out for her, too. “She’s also spending a ton of time with girlfriends and has been leaning on them for support,” the source added. “They’ve been trying to help her keep her mind off of her marital issues.”