Diseases You Didn’t Know You Could Get From Mosquitoes

Whether you’re celebrating a cool summer night on your own patio or making a getaway for the weekend, you may find yourself swatting away bugs quite often. Bug spray is not only important, but sometimes, it can be life-saving. Mosquitoes can spread more diseases than just West Nile and Zika, and avoiding them can help keep you safe and healthy. Some mosquitoes easily travel from one animal to another, and if you aren’t careful, you can contract a serious disease from a single bite. Here are five diseases you didn’t know you could get from mosquitoes that should be on your radar.

An Anopheles mosquito can cause damage. | Luis Robayo/AFP/Getty Images

This serious, and sometimes fatal, disease is often caused by the bite of a mosquito that’s infected with a malaria-causing parasite. The Centers for Disease Control and Prevention explains only the Anopheles mosquito can transmit malaria from person to person.

Symptoms of malaria are flu-like and begin anywhere from 10 days to four weeks after the infection is contracted. These symptoms can include shaking, chills, headache, muscle aches, and exhaustion. This parasite is most common in Africa, particularly countries that are south of the Saharan desert.

Dengue fever can sometimes look like the flu. | iStock.com

Dengue fever is a mosquito-borne illness caused by a virus closely related to the one that leads to West Nile and yellow fever, explains WebMD. There are four dengue viruses that are all closely related, and a mosquito can transmit any one of them. The Aedes mosquito is responsible for transmission, and this fever cannot spread directly from person to person once it’s contracted.

Within four to six days of becoming infected, your symptoms may include a sudden, high fever, severe headaches, pain behind your eyes, joint and muscle pain, fatigue, nausea, and mild bleeding that can look like a nose bleed. You’re most likely to get dengue fever if you’ve been in a tropical area, such as Southeast Asia, Southern China, or the Pacific Islands.

This disease can cause you to have joint problems. | iStock.com

This viral disease may not be one you’ve heard of before, but its symptoms are serious and can sometimes be debilitating. The World Health Organization explains that chikungunya means “to become contorted” in the language of Kimakonde. This is because those who contract it appear hunched over from the joint pain they experience.

The hallmark symptoms of chikungunya are a sudden fever accompanied by joint and muscle pains, headache, nausea, fatigue, and rash. Though this disease typically occurs in Africa, Asia, and the Indian subcontinent, it has been identified in over 60 countries, which includes parts of Europe and the Americas. 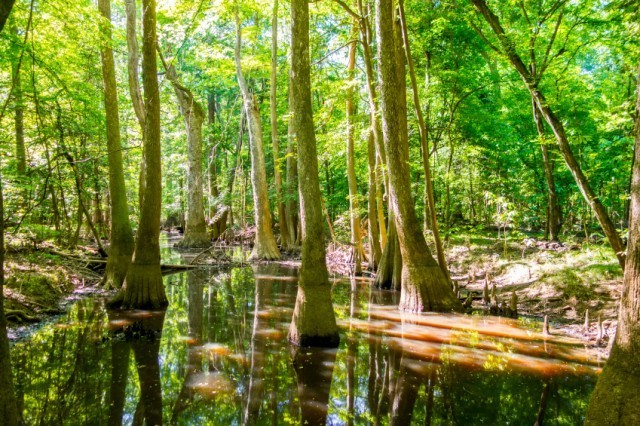 You don’t have to leave the country to contract this disease. | iStock.com

This mosquito-borne infection is not one you’re going to get from traveling abroad — in fact, you can get this virus from many eastern or central areas of the United States. CVS Pharmacy explains mosquitos become infected with this virus when they bite wild birds. From here, the infected mosquito can transmit St. Louis encephalitis to animals or humans, though this disease cannot be spread from person to person.

Common symptoms of this virus include headache, fever, stiff neck, rash, and joint pain. You’re more likely to contract St. Louis encephalitis if you’ve been visiting the southern, central, or western U.S. during the summer and fall months.

Get a yellow fever vaccine if you’re traveling to parts of Africa or South America.| iStock.com

West Nile and Zika may currently be the most famous diseases transmitted by mosquitoes, but you should be aware that yellow fever is a risk as well. Mayo Clinic explains yellow fever is spread from an Aedes mosquito that has bitten an infected monkey or human.

Typical symptoms of yellow fever are fever, headache, muscle aches that are particularly painful in your back and knees, sensitivity to light, nausea or vomiting, loss of appetite, dizziness, and redness in the eyes, face, or tongue. You should get a yellow fever vaccine if you will be traveling to sub-Saharan Africa or tropical South America.