The Most Disturbing Reasons These Female Hosts Left Fox News

Since the early 2000s, more than a dozen women have left Fox News Channel for various reasons — some better than others. The unfortunate truth is, many women left the network for disturbing reasons. Below, we broke down who left the network and why.

In July 2016, Fox News host Gretchen Carlson broke her silence and accused Roger Ailes of sexual harassment. What followed was a whirlwind for the Fox News Channel; many women came forward to make the same accusations. In late July, Ailes left the network. One by one, more women accused him. Multiple settlements were made between Ailes, Fox News, and his accusers. Less than a year later, Ailes died after falling and hitting his head in his home.

Next: Ailes’ scandal was only the beginning.

Shortly after the Roger Ailes case made headlines, it was discovered that Bill O’Reilly, Host of The O’Reilly Factor, had settled numerous sexual harassment accusations over the years. O’Reilly reportedly shelled out $32 million to Lis Wiehl, a Fox News legal analyst. The other five agreements amounted to about $13 million. Despite that record, Fox News renewed his contract. However, in April 2017, Fox announced that O’Reilly would no longer be a part of the network.

Next: This host was the first woman to hit Ailes with a lawsuit.

Gretchen Carlson is the woman who worked up the courage to take down Roger Ailes. She filed a sexual harassment lawsuit against the former Fox News CEO. Carlson settled her lawsuit for $20 million. Ultimately, Carlson’s decision led many other women to come forward, which spawned the Ailes sexual harassment scandal. The decision led her to leave the network and become a women’s rights activist.

Next: This host left the channel to pursue a less-political career — then later came forward about harassment.

Megyn Kelly was not intimated by threats. | Frazer Harrison/Getty Images for The Hollywood Reporter

Megyn’s Kelly’s departure from Fox News was very high profile. The popular primetime host reportedly left due to her frustration with Donald Trump — but also her frustration with O’Reilly. Kelly emailed Fox News executives to complain about O’Reilly’s behavior. She also emailed them to tell them that O’Reilly’s words about harassment were “intimidating” and would prevent other women from coming forward. On his show that later, O’Reilly said, “If you don’t like what’s happening in the workplace, go to human resources or leave.”

Next: Kelly opened up to this host about her issues with Trump.

Kelly opened up on Ellen

She cleared up what really happened. | Kevin Winter/Getty Images

When Kelly appeared on Ellen in 2017, she explained that her relationship with Trump was another reason she left the network. Kelly and Trump did not get along. She told Ellen DeGeneres that his presidential run only solidified that she did not want a career in politics. She wanted a fresh start with NBC.

Next: This high-profile host was fired abruptly because of pay.

When Greta Van Susteren tried to renegotiate the terms of her contract, Fox News kicked her to the curb. She wanted a pay increase, and Fox News wouldn’t budge. Susteren received a letter one Tuesday morning saying she was no longer part of the network, her husband told CNN. Her show that night, and forever, was canceled. Susteren never even said goodbye to her viewers. Fox News immediately removed her website, biography, and personal blog, as if she was never a part of the network.

Next: This host was just one of O’Reilly’s accusers.

She was one of the women who accused Bill O’Reilly of harassment. | Stephen Lovekin/Getty Images

Juliet Huddy spent 18 years on the Fox Network, both with Fox News and Fox WNYW. Huddy left Fox News in September 2016, after alleged sexual harassment by former news anchor O’Reilly. A few months after Huddy left, it was reported that 21st Century Fox paid her a “high six-figure sum” to settle the claims against O’Reilly. Just after Huddy appeared on The Today Show to tell her story, her brother was fired from Fox News.

Next: This woman was another one of Ailes’ targets.

Alisyn Camerota spent 16 years with Fox News before she left in 2014 to take a position at CNN. When the Roger Ailes scandal broke, Camerota broke her silence about her own sexual harassment issues about the network. She admitted that she was one of Ailes’ targets. Although her reason for leaving was never fully discussed, it’s possible that the volatile environment caused her to take a network job elsewhere.

Next: This host’s internal battles forced her to leave the network. 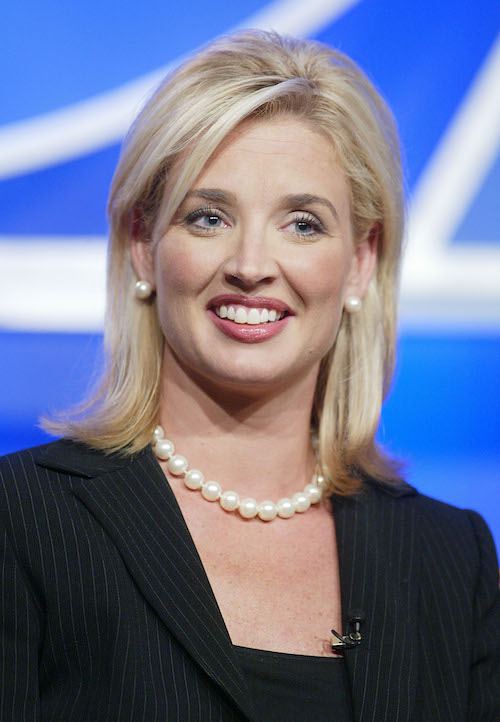 When Laurie Dhue left Fox News, she didn’t give much of a reason why. It took a while for her to come clean about her secret: she had a serious alcohol problem. She considered herself high-functioning, and she could perform her job well even while battling severe hangovers. “I went through some tough years, really depressed,” she told Forbes in 2014. Dhue entered rehab in 2007 and has been sober ever since. She now travels around the country giving speeches and telling her story.

Next: This host was immediately demoted when she came forward. Then, she was fired.

Andrea Tantaros was kicked off the show for standing up for herself. | Jamie McCarthy/Getty Images

When Andrea Tantaros accused Ailes of sexual harassment in 2016, she was kicked off of her show, Outnumbered. Tantaros said that Ailes began harassing her in 2014 and would make inappropriate comments, such as how good she must look in a bikini. Tantaros complained and was demoted from her position on The Five to the daytime show Outnumbered, which she was eventually booted from. Her lawyer said it was retaliation for her complaints against Ailes.

Next: This host claimed another Fox News host wanted her to sleep with him for a promotion.

She was fired for complaining about sexual harassment. | Rudi Bakhtiar via Twitter

Rudi Bakhtiar was fired from Fox News shortly after she complained about sexual harassment and the work environment. She claimed that Brian Wilson, a former Fox News host, made unwanted sexual advances toward her. He reportedly told Bakhtiar he “wanted to see the inside of her hotel room.” He said that was the only way she would get her dream job. Bakhtiar was fired not long after she came forward. Wilson denied the harassment accusations. Wilson left Fox News in 2010 for undisclosed reasons.

Next: This host reportedly had a feud with Gretchen Carlson.

Kiran Chetry reportedly tried to renegotiate her contract in 2007 when Fox News decided to let her go. Soon after Fox parted ways with Chetry, she showed up on CNN. A Fox executive claimed that Chetry wanted Gretchen Carlson fired from the network. The network refused, and fired Chetry instead. In 2016, Chetry defended Roger Ailes when Carlson came forward about his sexual harassment.

Next: This host left the drama for a different reason.

Elisabeth Hasselbeck might have left her role with Fox News due to stress. | Terry Wyatt/Getty Images for KLOVE

Elisabeth Hasselbeck only spent a little more than two years on Fox News before she decided to leave the network. Hasselbeck gave a statement saying that she wanted to focus on raising her three children. While she only had good things to say about her co-hosts, it’s possible that the stress from the volatile political network was not worth her missing out on her children’s lives.

Next: This host’s departure came as both a surprise and a mystery.

Jenna Lee’s departure from Fox News in 2017 was abrupt. She did not give much notice to the network or to her viewers. The media called it a “surprise” announcement. “I have some really big ideas on how to better serve you,” Lee told her viewers. Lee has yet to talk about what caused her to leave the network on such short notice.

Next: This host wanted her voice to be heard on a different platform.

Jedediah Bila ended up on The View. | Jamie McCarthy/Getty Images

Jedediah Bila credits Andrew Breitbart for her leaving Fox News. She said he told her that she should speak about conservative issues in a less conservative environment. When the opportunity came for Bila to co-host The View, she took it. Bila is one of the few females who left the Fox News Channel in good spirits.