If you’ve ever watched or listened to one of Donald Trump’s interviews, it’s obvious that he is fond of his daughter Ivanka. However, many of his statements about her go beyond admiration and are so inappropriate that they’re disturbing. His jokes about having a relationship with her beyond a father-daughter partnership are quite unsettling.

Here are seven disturbing things Donald Trump has said about Ivanka. We’ll also take a look at the most fascinating things you never knew about Ivanka.

1. Donald Trump said he would date his own daughter

Is this something that a normal father would say? | Giphy

It’s one thing to say your daughter is beautiful, but it’s a whole different story when you talk about actually being in a romantic relationship with her. When Trump appeared on talk show The View, he told the hosts, “if Ivanka weren’t my daughter, perhaps I’d be dating her.”

One of the show’s hosts told him to stop it and another jokingly referred to him as Woody Allen. In the early ’90s, the filmmaker was involved in a scandal where it was uncovered he was having a sexual relationship with his girlfriend’s adoptive daughter, Soon-Yi Previn. Allen was also accused of sexually abusing his adoptive daughter, Dylan Farrow.

Next: “Piece of ass”

2. Trump said it was OK for Howard Stern to call Ivanka a ‘piece of ass’

He isn’t a prude when it comes to sexualizing his daughter. | Giphy

Donald Trump was a little too comfortable with Howard Stern during one of his radio interviews. When the topic turned to Ivanka’s beauty, things got a little weird. Most fathers would be offended by questions about their daughter’s body, but Trump seems to welcome them. At one point in the interview, Stern asked if it was OK to call Ivanka a “piece of ass,” and Trump quickly agreed.

Next: He talks about his daughter’s breasts.

3. He’s also willing to engage in conversation about Ivanka’s breasts

He’s never been shy about doing this one thing. | Mario Tama/Getty Images

It’s not unusual for a father to be proud of his daughter, but there are certainly limits. In another interview with Howard Stern, Trump described Ivanka as voluptuous. He even talked about younger daughter Tiffany Trump’s breasts in an interview with Robin Leach for the show Lifestyles of the Rich and Famous when Tiffany was just 1-year-old.

Next: Trump openly calls Ivanka this.

Is this going too far? | Giphy

Another disturbing fact is that Trump often refers to his daughter as “hot.” In a New York Times article, it was reported that during the 1997 Miss Teen USA pageant, when Ivanka was just 16 years old, Trump turned to the woman who was Miss Universe at the time, Brook Antoinette Mahealani Lee, and said, “don’t you think my daughter’s hot? She’s hot, right?”

This is something you might hear coming from your partner, not your father. It is expected that fathers are supposed to love and protect their daughters, not ogle them.

Next: Trump says his favorite thing in common is sex.

5. Trump said his favorite thing he and Ivanka have in common is sex

We wonder how Ivanka Trump feels about this. | Alex Wong/Getty Images

Considering scandals like the one involving Woody Allen and his adoptive daughter, that answer would make most people take pause.

Next: He would do more than just date her.

6. Trump even joked about having sex with his daughter

What he said about his daughter was shocking. | Giphy

If you thought it was shocking that the president said he would date his daughter, you’ll be even more shocked to hear he’s alluded to wanting to much more than just date Ivanka. In an interview with Rolling Stone, Trump continues to make inappropriate comments about his daughter. He is quoted as saying, “yeah, she’s really something, and what a beauty, that one. If I weren’t happily married and, ya know, her father … ”

She might even be used to his comments at this point. | Giphy

No matter what the topic is, somehow Trump manages to veer the conversation toward his daughter’s looks and how much he enjoys her beauty. Ivanka’s appearance seems to always be top of mind for President Trump. During his interview with the hosts of The View and during interviews with Howard Stern, Trump often mentions how much he likes Ivanka’s figure.

Next: The most fascinating things you never knew about Ivanka

Ivanka’s beauty may not be natural 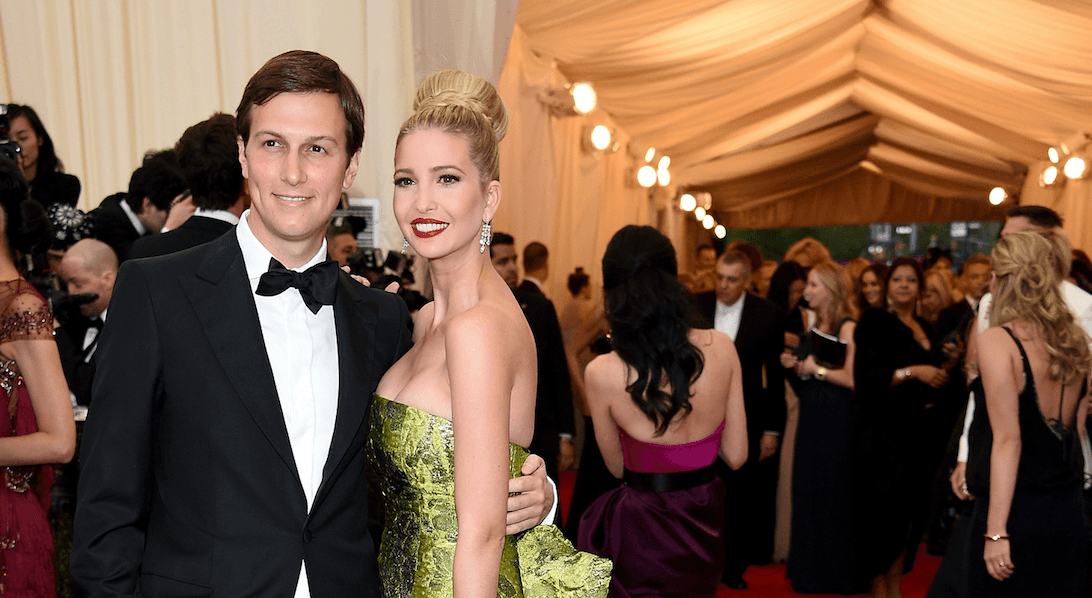 Many media outlets suggest Ivanka looks too perfect. Michelle Villett of Beautyeditor notes a teenage Ivanka’s “model-esque eyebrows” and “cute” nose with a little bump on the bridge. She believes Ivanka’s entire face changed in 2005 when her nose suddenly — and permanently — looked much narrower sans bump.

When Ivanka attended the Golden Globes in 2007, her chest was notably larger, “obviously fake,” and “too large for her frame.” Villett concluded: “I couldn’t find any plastic surgeons who’ve gone on record, but I say a boob job and at least one rhinoplasty for sure. I’m guessing she has started to dabble in Botox, too.” Since her father’s presidential campaign, Ivanka has inspired many women to emulate her through plastic surgery, too.

Next: Ivanka’s looks led her to an early career move.

Ivanka began modeling as a teenager 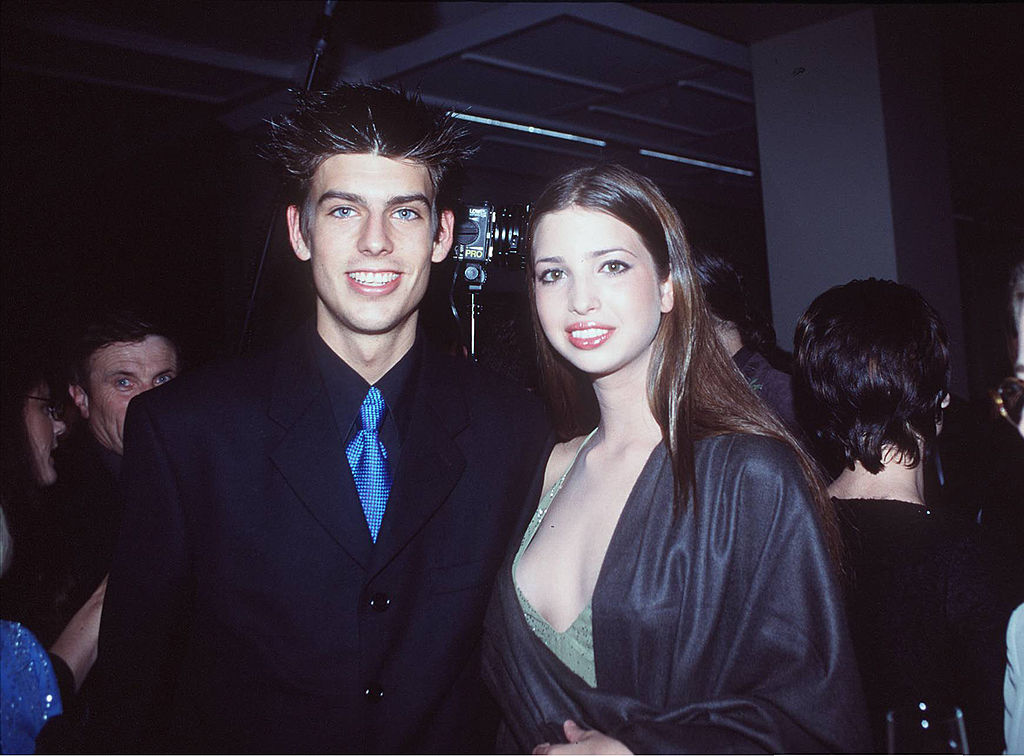 Following in the footsteps of her mother (Czechoslovakian-born Ivana Trump, Donald’s first wife) Ivanka began modeling as a teen. (She had to get permission from her school first.) Seventeen featured 15-year-old Ivanka on its May 1997 cover. She walked European runways, appeared in magazines, and co-hosted her father’s Miss Teen USA pageant. In 2007, Ivanka told Harper’s Bazaar that 60-year-old bankers “have nothing on a group of catty 16-year-old female models without parental supervision.”

However, her modeling career didn’t last long. As Donald told Vogue, “She was a very successful model, and she just gave it up and went to Wharton.” Another member of the Trump family — Donald’s third wife, Melania — also modeled. But as The Cut notes, “Melania and Ivanka have sought to establish incredibly different brands.” Melania’s traded on “sex — dangerous sex and not ­traditional matrimonial sex,” while “the current version of Ivanka the Brand is based, oddly, on chastity.”

Next: Her legal name isn’t “Ivanka.”

Ivanka is actually her ‘baby name’

Ivanka’s parents named her “Ivana” after her mother, according to Business Insider. But everyone has always referred to her by her childhood name, similar to how men named “Robert” are often called “Bobby.” Another example the publication gave: In Gilmore Girls, Lorelai Gilmore names her daughter “Lorelai” but calls her “Rory” to avoid confusion.

Next: She’s friends with a Clinton. 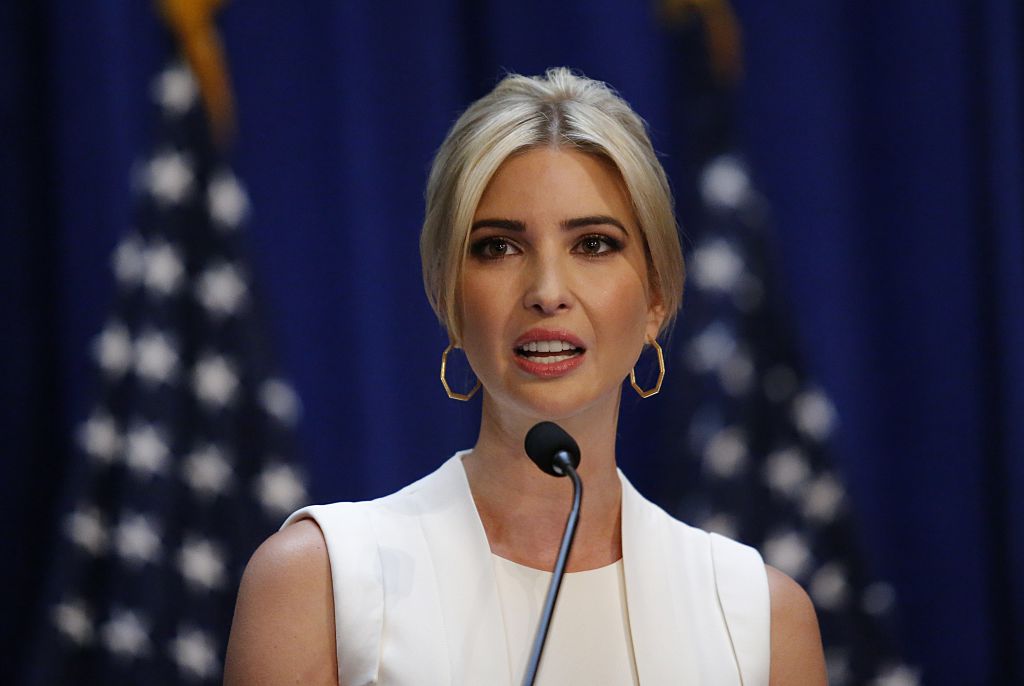 Vogue reports Ivanka prefers “smaller groups” of friends, including Chelsea Clinton and her husband, Marc Mezvinsky. The two daughters are surprisingly similar. Vanity Fair reports their friendship “undoubtedly channeled Ivanka’s behavior on the campaign trail.” The publication says, “Ivanka did not attack Hillary Clinton and referred to her on only one occasion, obliquely, when she claimed (wrongly) that her father was the sole candidate who had a specific maternity-leave policy.”

Interestingly, The Hill reported in 2015 that Donald and Ivanka “donated a combined total of at least $105,000 to the Clinton Foundation.” Ivanka and her brothers also donated to Hillary Clinton’s 2008 presidential campaign.

Next: She met her future husband at a business meeting. 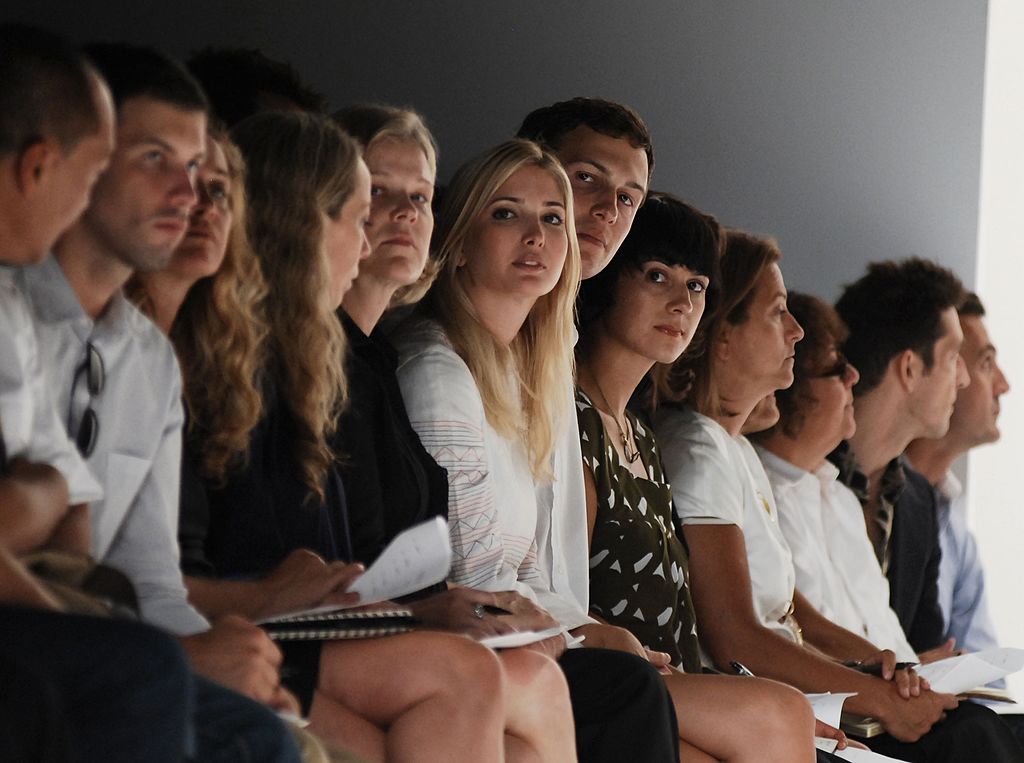 Ivanka Trump met Jared Kushner in 2007. Both raised in real estate families, they lived in the public eye. According to Vogue, Ivanka and Jared met at “a business lunch set up by a commercial real estate broker and another friend who thought they could do deals together.”

Ivanka explains, “They very innocently set us up thinking that our only interest in one another would be transactional. Whenever we see them we’re like, ‘The best deal we ever made!'” Ivanka and Jared married in 2009. She converted to Orthodox Judaism, and the couple keeps kosher and observes the Sabbath. They have three children together: Arabella Rose, Joseph Frederick, and Theodore James.

Next: Ivanka revealed she and Jared’s hidden talent on live television.

She and her husband have a secret talent 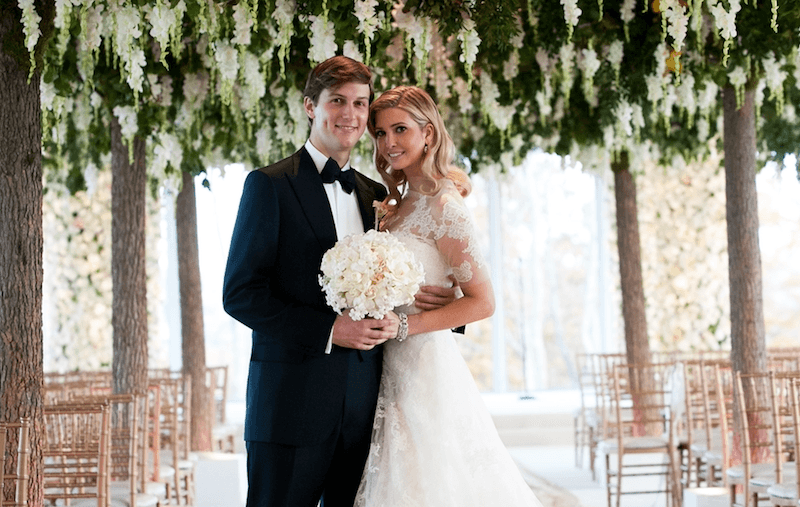 Jared Kushner and Ivanka Trump pose together on their wedding day. | Handout/Getty Image

We know Jared Kushner and Ivanka Trump can handle real estate and business ventures. But we did not know they’ve successfully set up seven couples. In an interview with Sean Hannity on Fox News, Ivanka said, “People don’t realize it’s our hidden skill … We see how our friends’ strengths, passions, and personalities align, and we love helping the people we care about find happiness.”

Bonus points for Ivanka and Jared: None of the love connections have resulted in divorce — yet.

Next: Ivanka has a crazy network from her high school days.

She attended the same schools as Jacqueline Kennedy Onassis and John F. Kennedy 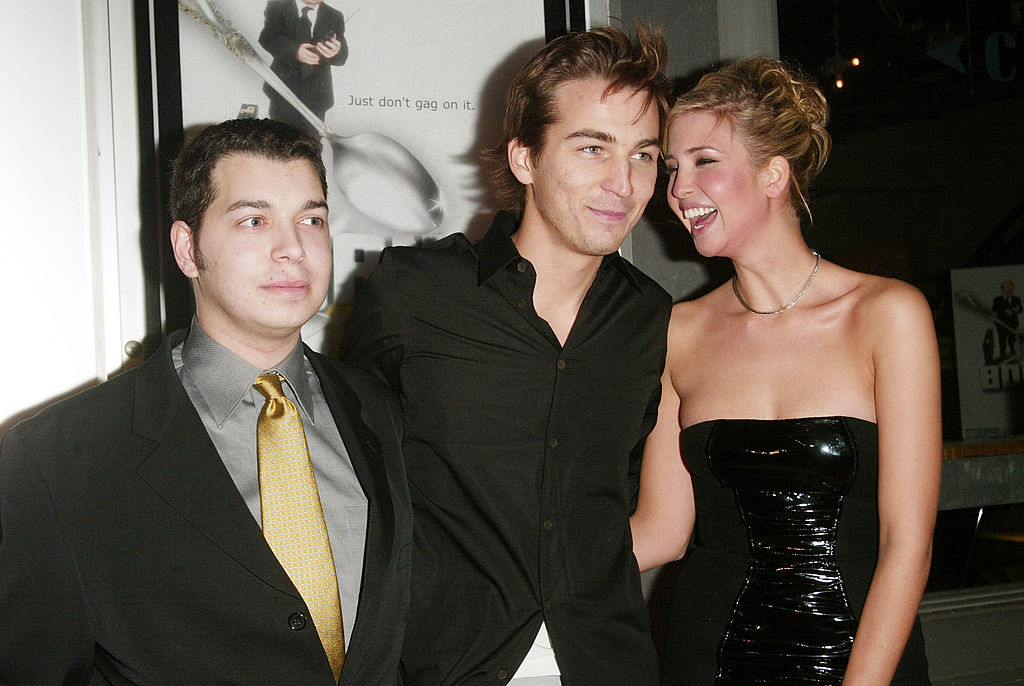 She tells Us Weekly she studied Latin for several years. And she “was forced to take fencing in high school. They were big on antiquated sports.” Later, she studied at Georgetown University and then transferred to the University of Pennsylvania, her father’s alma mater. There, she earned a degree in economics from the Wharton School in 2004. 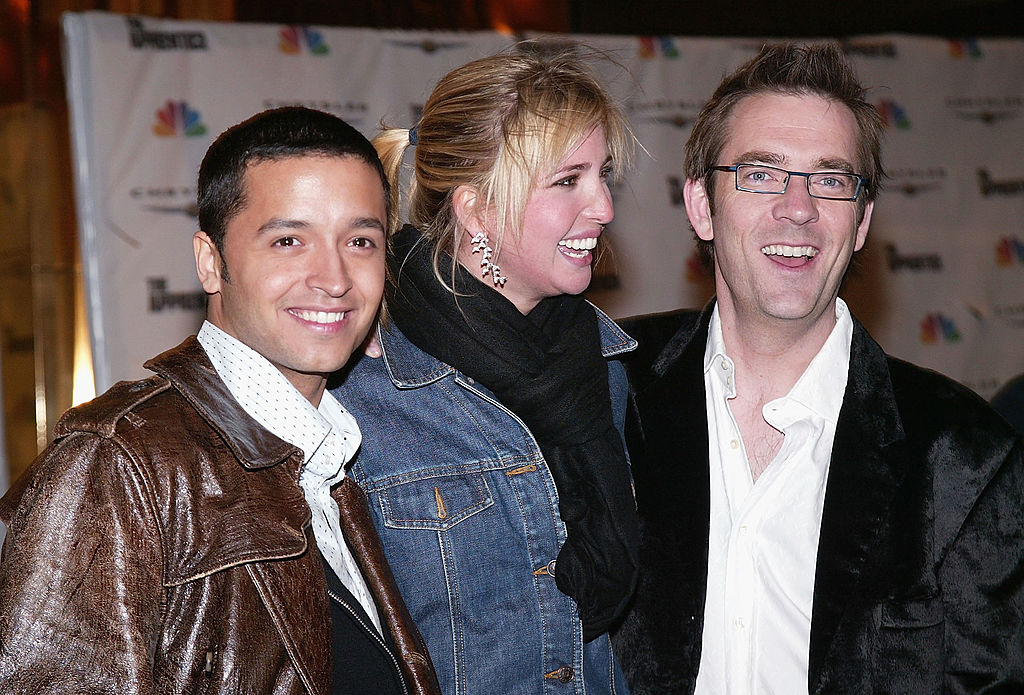 Before she got married, Ivanka dated an interesting assortment of men. AOL reports she dated actor Topher Grace in 2006. In fact, she celebrated her 25th birthday with him at a Las Vegas nightclub. (Friends Chelsea Handler and Adam Levine also attended.)

She also dated cyclist Lance Armstrong, whom she met at a charity event while she was in Los Angeles filming The Apprentice. While in college in 2001, Ivanka dated James “Bingo” Gubelmann, who was arrested 15 years later after being caught with cocaine. Ivanka appeared in Gubelmann’s 2003 documentary Born Rich.