Donald Trump’s Morning Routine: What He Does Every Single Day

The hours before the sun has fully risen can be a struggle for anyone, which is why most of us have a pretty set morning routine. Keeping this ritual the same just makes the rest of the day go easier. Even Donald Trump goes through the same motions each morning. No matter what the day holds, Trump sticks to these seven crucial a.m. steps (No. 6 and No. 7 are not recommended).

Exactly what time Trump rises each day isn’t totally clear, but it’s definitely early. The New York Post reported he typically climbs out of bed around 5:30 a.m., but some sources claim it’s actually much earlier. According to Entrepreneur, Trump gets up as early as 4:00 a.m. One way or another, Trump clearly likes to get his day started as soon as possible.

What does remain consistent about Trump’s sleep cycle is that it’s relatively short. The same story from Entrepreneur reported he usually gets three hours of sleep per night. Even when he gets more, it’s still a brief four hours.

2. Trump styles his signature ‘do

Trump’s hair has taken on a celebrity status of its own. | Ethan Miller/Getty Images

In an interview with Playboy, Trump said he washes it, lets it dry over the course of an hour, then gets to combing. “Once I have it the way I like it — even though nobody else likes it — I spray it and it’s good for the day,” he said in the story.

3. He checks out his clippings and other news …

Glancing over headlines is a pretty normal way to start the day, but Trump does it a bit differently. Journalist Michael D’Antonio, who penned a book about Trump, told Business Insider someone from Trump’s team assembles all the press clippings about him from the previous day for him to peruse. Doing so clearly helps Trump keep up with the news, but D’Antonio said he also thinks “the weight of the pages gives his sensitive ego a measure of his importance on any giving day.”

4. … and he goes through flattering photos of himself

Yes, our president really does this. | Joe Raedle/Getty Images

Yes, as strange as this sounds, our president starts the day with this ego-boosting activity. Entrepreneur notes his folder of news that has been compiled for him typically contains all positive coverage. Some have even called it the “propaganda document” for that reason. It also has photos of him from TV that make him look powerful, and screenshots of positive tweets about him from others.

We all know Tweeting is a part of his daily and nightly schedule. | Twitter

It might not be fair to call tweeting a morning habit since he does it so much throughout the day, but Trump will most likely utilize his social media account at some point in the early hours. The president uses Twitter as a way to thank supporters, share information, and to address critics, sometimes in questionable ways.

6. He typically turns down breakfast 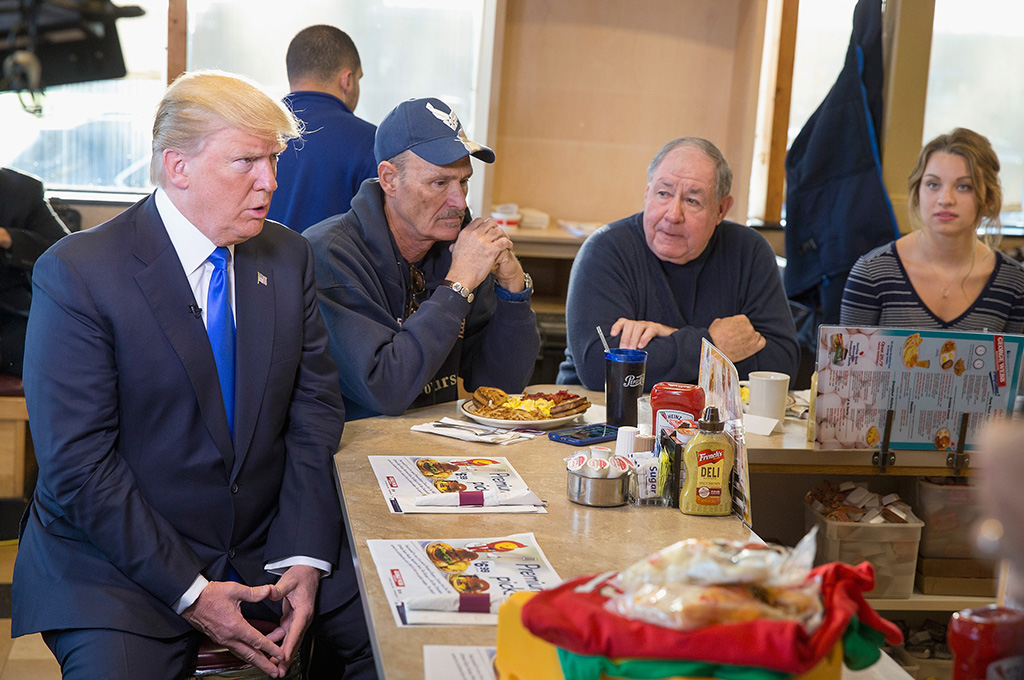 Most people feel ashamed to admit forgoing the day’s first meal, but Trump doesn’t feel quite so sheepish. During an appearance on Watters’ World, he said he usually tries to avoid breakfast. On the rare occasion he does eat in the a.m., he said in the interview he likes bacon and eggs or cereal. Maybe more surprising than skipping food, though, is the lack of caffeine as he prefers to stay away from coffee and tea.

7. And he avoids exercise 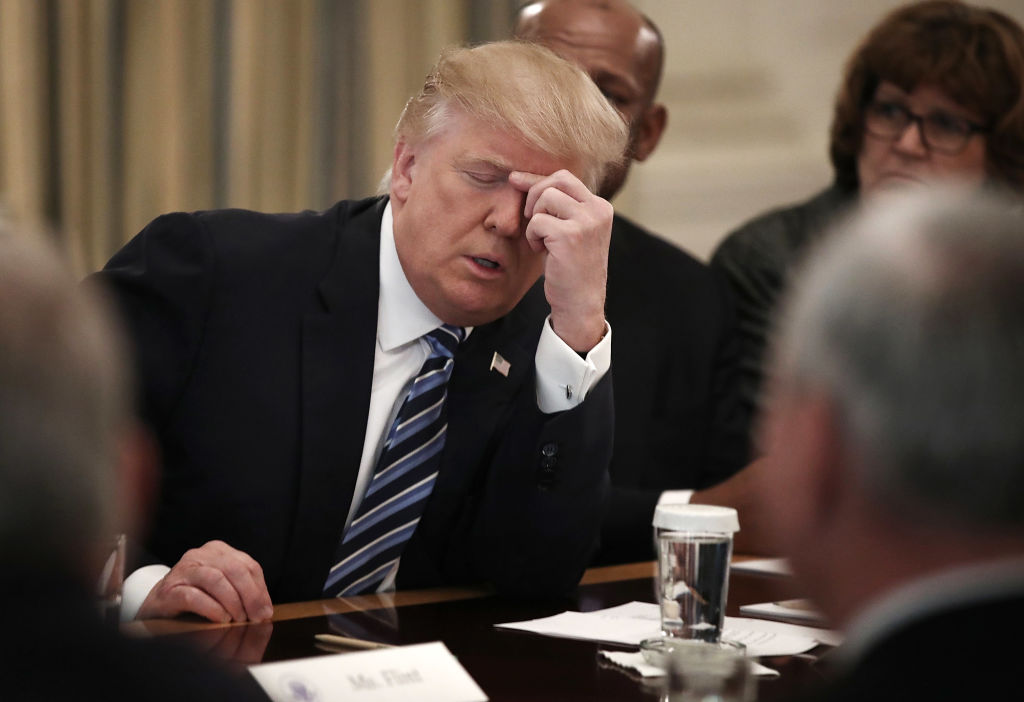 Trump took to Twitter to do a 180 on his candidate of choice. | Win McNamee/Getty Images

Trump famously avoids exercise. In fact, he reportedly has done little exercise since college because of a weird belief about how the human body works. According to the Washington Post and the New Yorker, Trump thinks the human body is like a battery, with a finite amount of energy, which exercising depletes. However, research recommends exercising to gain energy, especially in the morning.