Many stars have to lose weight for a role and dropping weight isn’t as easy as it may sound. For Drew Barrymore, losing weight for Santa Clarita Diet was a struggle.

“I’ve been very disciplined and all I did was cry and dream about pizza,” Barrymore told US Weekly. “I still am dreaming and crying about pizza.” Barrymore dropped the weight, but what happens after filming wraps? Like most of us, celebrities gain the weight back if they don’t have a role hanging over their head. One fan really put her foot in her mouth when she mistakenly thought Barrymore was pregnant, and we go into the star’s reaction in No. 6! 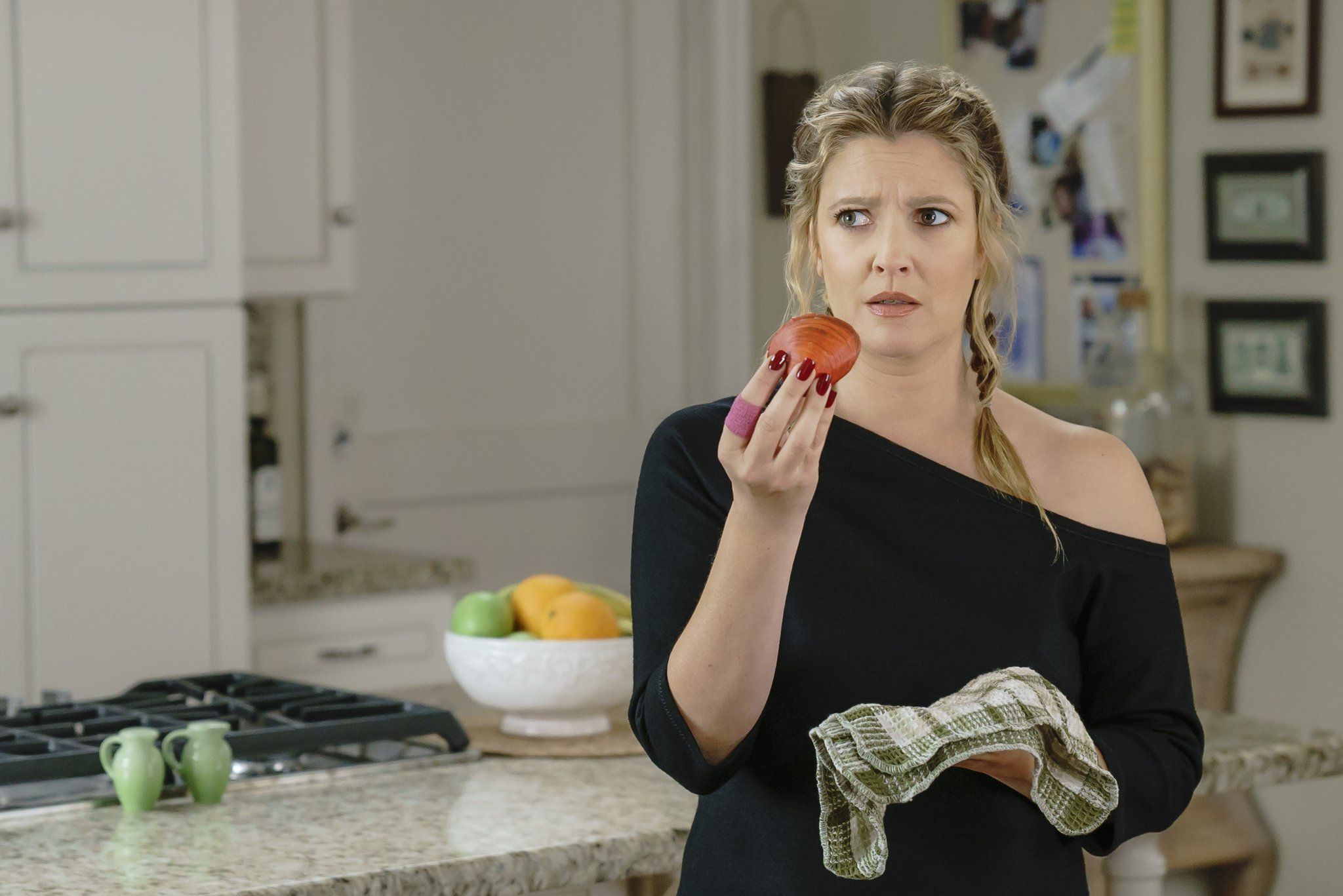 She had to get really lean for the roll. | Netflix

Barrymore said if she was going to play a zombie mom for Santa Clarita Diet, likely to be on an all protein diet, she’d have get lean. “When I’m doing the show I’m a vegan and I barely eat anything, and I workout every day, and it’s so healthy,” she said on The Late Late Show with James Corden, People recounts. She shared her meal plan here.

“When I first started the show, I was 145 lbs. and my life was kind of falling apart,” she said. “And I said, ‘Victor [Fresco, the show’s executive producer], can I lose 20 lbs. over the course of the show, and change my eyebrows and the height of my shoes and the body language and attitude and go from someone who’s kind of naïve and unhappy to someone who’s empowered and alive?’ And he said yes, and so I got to make that transformation.”

Next: Filming wrapped so she did this.

2. But then she puts the pounds back on 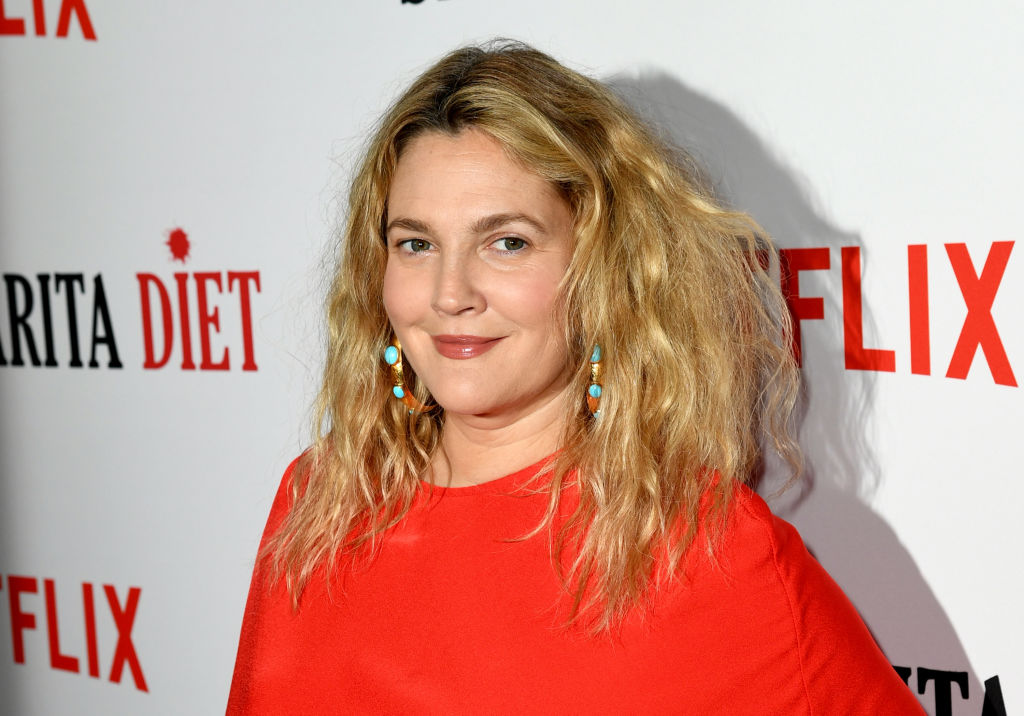 She put on a bit of weight after filming finished. | Kevin Winter/Getty Images

While Barrymore was a vegan during filming, she told Corden it was easy to fall back into old eating habits when the series wrapped. “It gets to be euphoric, and then it’s like food poisoning, you feel like you’ll never eat again, and then before you know it you’re pigging out with the feed bag strapped to your face,” according to People. “And I’m a foodie, and love food and I travel the world for food, so I get heavy again between the show.”

Next: Her favorite foods?

3. She’d rather be eating this She loves some good food. | Drew Barrymore via Instagram

Barrymore dished about the foods she craves with LA Weekly saying eggs benedict, a good patty melt, and tacos are among her favorites. She’s also an adventurous eater, trying octopus at a young age.

When it came to dieting for Santa Clarita Diet, she told Corden, “Let’s face it, I hate it. I would much rather eat fettuccine alfredo all day long.”

Next: She also loves healthy foods.

4. But she also loves these nutritious dishes Barrymore was raised vegetarian and likes to cook healthy dishes. Her favorite healthy snack are raw taco gorilla wraps, according to Glamour. When she was pregnant, she kept a container of homemade curried heirloom tomato-lentil soup and loves tea, according to People.

Next: When she wasn’t eating as healthy, a fan make this assumption.

5. One stranger made this cringe-worthy assumption 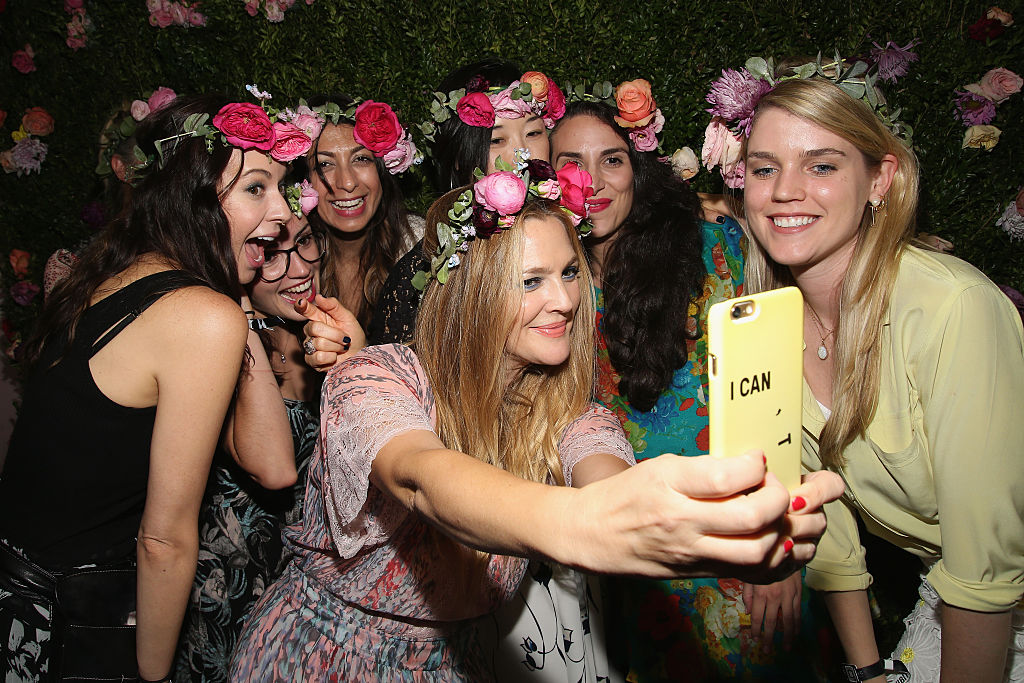 Never assume someone is pregnant, especially a celebrity who will call you out on TV. | Paul Zimmerman/Getty Images for Beautycon

Strangers sometimes feel they can say just about anything to celebrities. While Santa Clarita Diet was on hiatus one stranger said to Barrymore: “God, you have so many kids,” Barrymore told Corden. “Well not all of them are mine, I just have two.’ And she’s like, ‘Well, and you’re expecting, obviously.’”

6. Barrymore had the perfect comeback 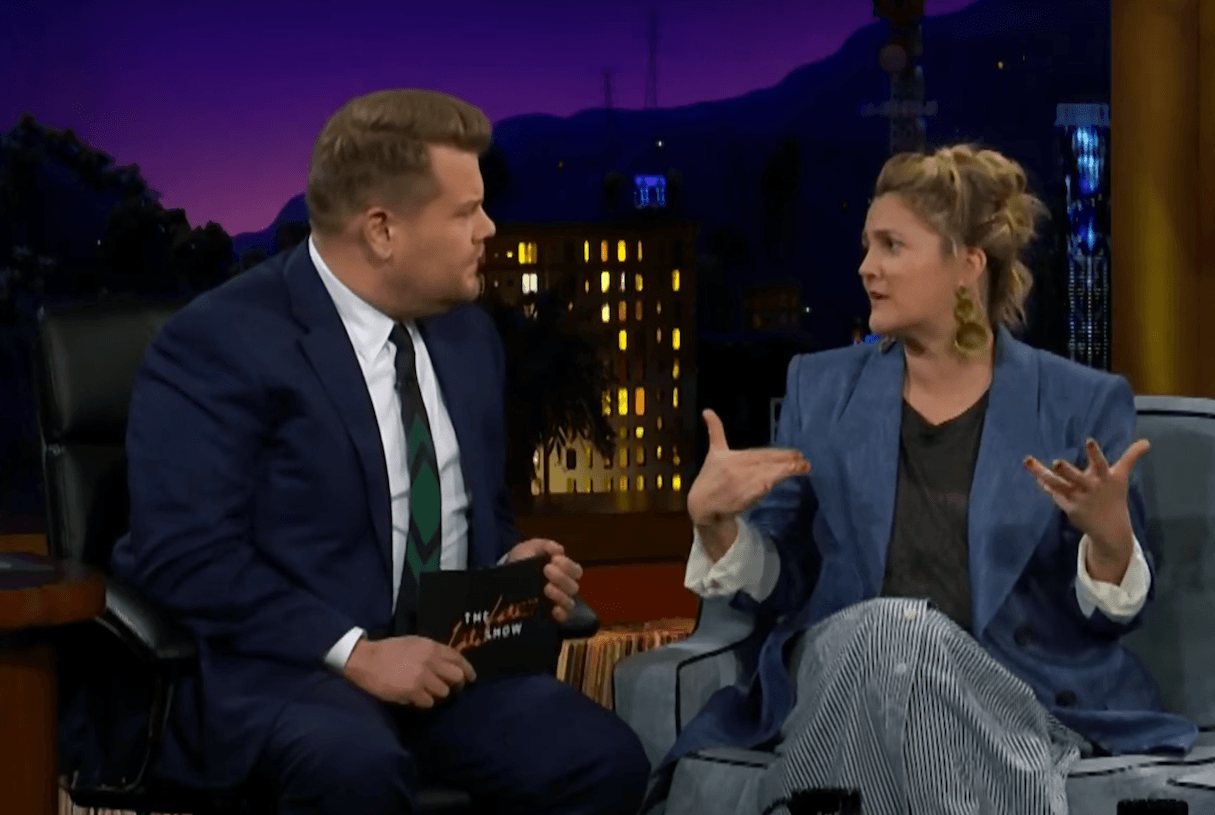 At least she has a sense of humor. | The Late Show with James Corden

Not one to shy away from direct humor, Barrymore’s response to the pregnancy question couldn’t have been more perfect. She said: ‘No, I’m just fat right now,’ ” Barrymore said to Corden. “And I walked out of the restaurant and I was like, ‘Oh man, that is rough.’”

Next: This celebrity’s weight yo-yo’s too.

7.  This famous actor does the same thing for films 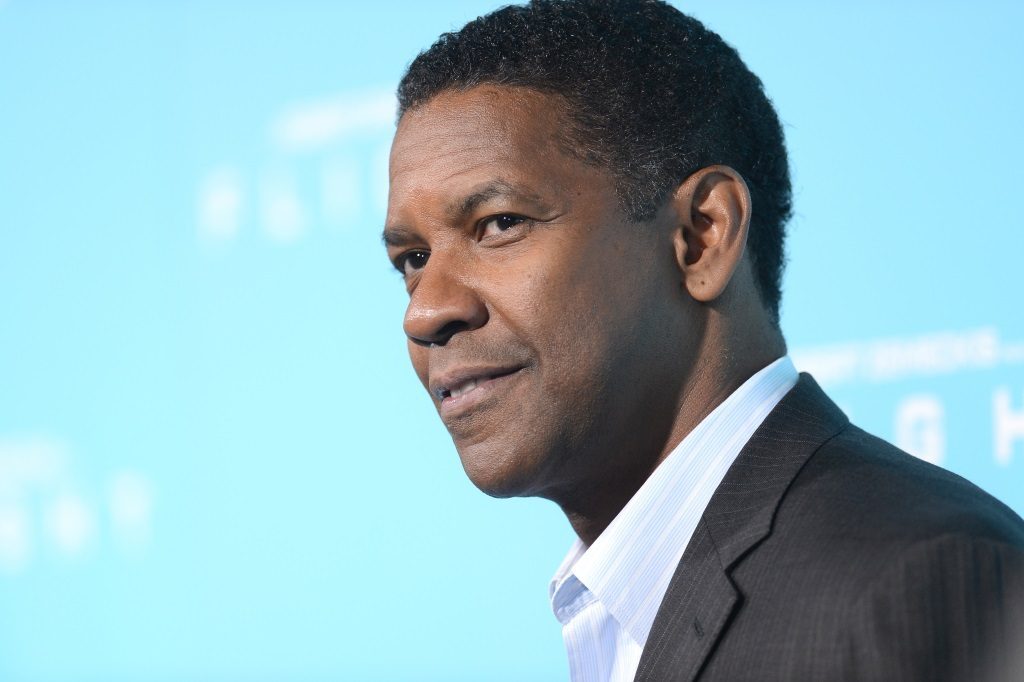 Barrymore said she and this famous celebrity share a similar view on food. “I heard Denzel Washington does this and I don’t know because I just want to believe it, I don’t want to know it’s not true. But he just enjoys his life and then pulls himself back together when he’s doing movies and looks amazing,” Barrymore shared with Corden. “So I’m giving it the full ‘Denzel,’ even if that exists or not, and I let myself go.”