Eating Insects: Is This the Future Healthy Diet? 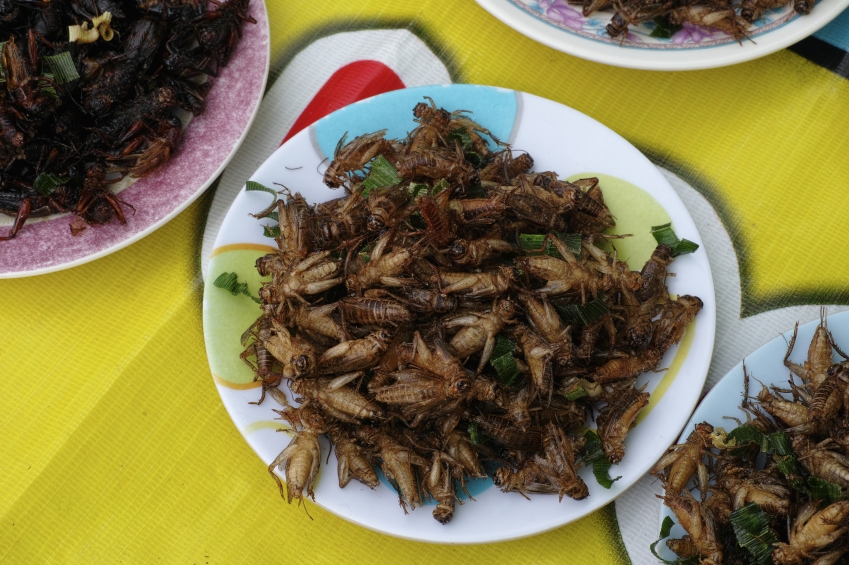 Each year, the world population increases by 70 million people. At this rate, the population will reach more than 9 billion people by 2050. As the number of human beings on our planet spikes, so does the demand for animal protein. But with 30% of the total land on earth already being used to raise livestock, the prospects of producing enough animal products to feed the entire population is looking bleak. Not to mention, the global livestock industry already takes a huge toll on the environment. It depletes our planet of resources, pollutes the environment, and emits more greenhouse gases than the transportation industry. So if dialing up our livestock production isn’t a viable option, where will we turn for protein in the future?

Experts like Aaron Dossey, Ph.D., founder of All Things Bugs LLC., predicts insects will be our new diet staple.

When you hear the concept of eating bugs, you first reaction is probably something along the lines of “ew,” “isn’t that just something they do on Fear Factor,” or maybe even a flashback to Timon and Pumba searching for grub in The Lion King. But chowing down on bugs isn’t a product of fiction — it’s actually already taking place in many regions worldwide. The UN’s Food and Agriculture Organization (FAO) estimates that about two billion of the world’s population eats insects in their daily diet. Human insect eating, or entomophagy, is common in many cultures including 36 countries in Africa, 23 in the Americas, 29 in Asia, and even 11 in Europe. A report released by the UN Food and Agriculture Organization back in 2013 reminded us that there are more than 1,900 edible insect species on Earth, and urged us to take advantage of this viable food source. According to Florence Dunkel, Ph.D., associate professor of Entomology at Montana State University and editor of Food Insects Newsletter, the main insects consumed as food include locusts, grasshoppers, crickets, silk moth pupae, and beetle and moth larvae.

But despite the widespread variety of insects on the Earth, why should we swap our hamburgers for bug-burgers? For starters, insects are much better for the environment, and have a have a minimal carbon footprint. 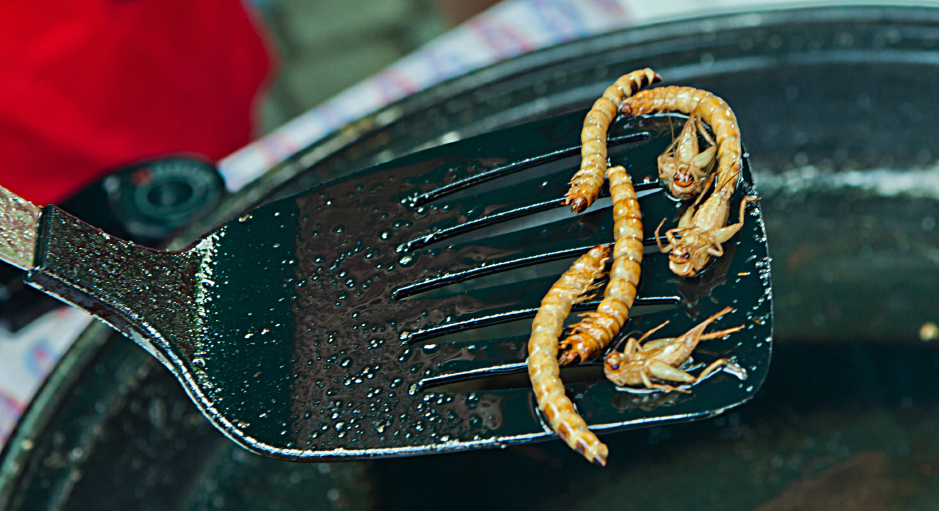 They’re also a much more efficient food source, BBC reports, since they don’t take up as much space as livestock, require less water, and have a higher feed conversion rate — 1 kilogram of feed yields 12 times more edible cricket protein than beef protein. Insect meal could also potentially replace expensive ingredients like soybeans and fishmeal that are fed to farm animals, which would lower the cost of livestock production and make more crops available for human consumption. Also, since bugs can be raised on discarded products, they would not only cost little to produce, but also help reduce and recycle the world’s waste.

Plus, perhaps the most appealing reason for the health-conscious consumer: Insects are packed with nutrients. They contain protein, fiber, good fats, and minerals. For example, grasshoppers contain just as much protein as ground beef, but have less fat per gram. According to Dossey, some insects contain as much as 80% protein, provide more essential amino acids than most animal proteins, and are rich in nutrients like omega-3 fatty acids.

With such a variety of health and environmental benefits, it seems fair to predict that these creepy-crawlers could be our main food source in years to come. For those of us in the states, the biggest step will simply be getting over the “ick” factor of eating bugs. But, if experts like Dossey are correct, before long we’ll all be saying “Hakuna Matata” to this modern health food.