Every Man Should Aspire to Be Like Rock Climber Alex Honnold 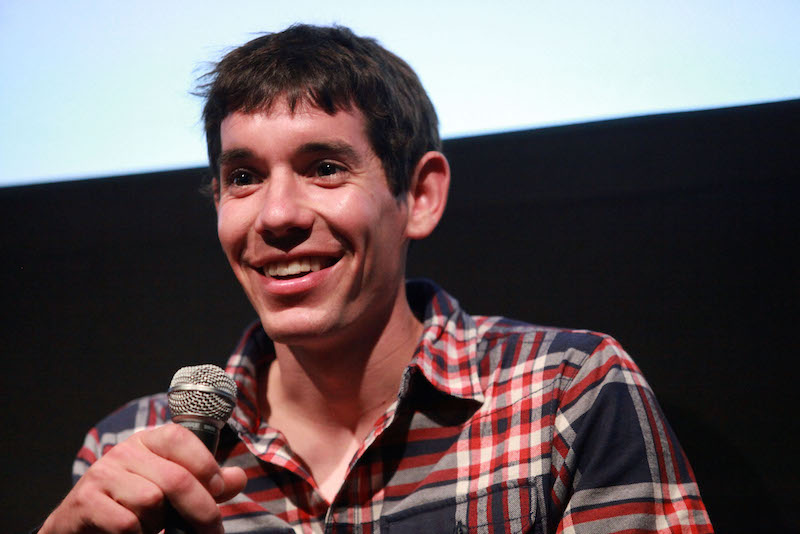 Alex Honnold is an unassuming man. Shy of 6 feet and under 160 pounds with shaggy dark hair, you wouldn’t take Alex for a “super athlete,” as he is coined. But he is a super athlete, and he has climbed the hardest and most dangerous routes in the world in record time, and without a rope. What separates this rock climber from the millions in his field has nothing to do with his physique, though his his hands are large enough; it is in his mind.

There are plenty of climbers the world over who are more gifted athletically and perhaps more technically skilled, as Honnold freely admits, but neither of those factors make a difference when you are 1,500 feet up a sheer rock wall without a rope or safety measure in sight. The difference lies in discipline.

Discipline, suffering, and love of the sport

Veteran climber Tommy Caldwell, a regular partner of Honnold’s, says, “Most of us are ruled by our emotions. When something attracts us, we gravitate toward it; when we’re afraid of it, we run away. But Alex seems to treat his emotions like a car stereo. When the music gets too loud, he just turns down the dial and keeps driving.”

The mind boggling inner control that Honnold demonstrates derives in part from his willingness to endure suffering. As told to journalist Joseph Hooper, “The thing about suffering is that you don’t really need to train to suffer. You just do it. And I think I’m getting better at it. Like, it’s feeling more and more mellow.”

Part of Honnold’s willingness to suffer to the highest echelons of his sport is the love for it. Honnold started climbing when he was 11 years old at an indoor facility in his hometown of Sacramento, where he practiced five to six days a week for three hours at a time. After exhausting himself during practice, he would go home and devour volumes of rock climbing magazines for hours, internalizing many of the finer aspects of climbing that come second nature to him now. Honnold fell in love with climbing and stayed in love by committing to it, and by discipline himself to continually learn and expand his boundaries.

Honnold dropped out of college at UC Berkley to pursue his passion of climbing, taking off with the family van and “dirtbagging” as he learned to free solo. After getting by on $300 a month for a few years and living out of his van, Honnold gained national fame when he climbed Yosemite’s Sentinel without any ropes on CBS’s 60 Minutes. But even after gaining worldwide fame, Honnold still lives on $15,000 a year or less. It has nothing to do with wanting to live an ascetic lifestyle or to put off a certain image; it just happens that it’s easiest for him to climb and move about the country to different rocks when he lives out of his van.

So how does Honnold manage to scale back fear when he’s 2,000 feet above the forest floor? “I get scared like anybody else,” Honnold tells journalist Josh Dean, “I’m pretty good at recognizing, ‘Now I’m scared’ and I’ll set that feeling aside for a minute. And I’ll put that aside and focus on what I’m doing.”

Focus on what you’re doing. Those words stand out in a world where we are driven by distraction — where being interrupted constantly by texts and social media and the news and phone calls is just part of normal living. The pure focus that Honnold talks about enables him to be present in each moment on the rock walls. While we see an adrenaline junky performing death defying feats, his focus is so intense that he might as well be meditating.

Honnold isn’t immune to fear, but he prepares himself so well that he has confidence to do the impossible. He always climbs his routes with ropes and a partner before he free solos, studying every aspect of the cliff faces for hours and days. And the confidence he builds in his meticulous preparation allows him to scale back fear by focusing on the present moment, and not the uncertainty ahead. Honnold’s simple philosophy of doing exactly what you love and putting as much of yourself into it as you can is an inspiration for every man today.

Through his record setting and limit-shattering feats, Honnold has attracted millions of new people to the sport of rock climbing; his Facebook page has over 200,000 likes. If you’re curious about the guy and want to learn more about the secrets of overcoming fear, pre-order his book Alone on the Wall, which recounts the seven greatest free solos of his career. Also, see more of his inspiring climbs in this First Ascent documentary series.