The Everyday Foods Astronauts Aren’t Allowed to Eat in Space 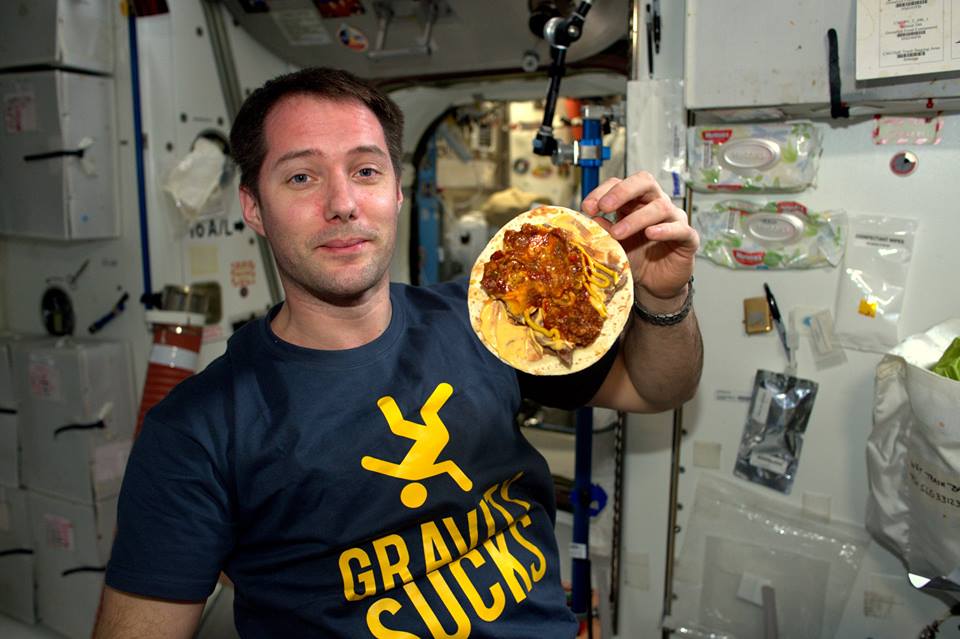 Somehow this food passed the test. | Thomas Pesquet via Facebook

As you can probably imagine, eating in space is a lot different from eating here on Earth. Down here, it doesn’t matter how messy or odorous your food is — you pretty much just go on eating without a second thought. But in space, food is carefully selected and prepared to keep astronauts safe — and healthy.

If you’ve ever thought about trying space travel one day, here are the foods you’d have to give up to do so — and the foods you could actually eat (page 8).

On Earth, pizza is a beautiful combination of bread, cheeses, sauces, and fresh toppings that’s difficult to live without. In space, it all sort of blends together into a gooey mess of starches — and not in a good way. Among plenty of other things, astronauts have to agree to temporarily remove pizza from their diets before they can leave the planet.

Next: This should never be cooked in space.

The smell of this food can be hard to handle in a small space. | lovelyday12/iStock/Getty Images

There are a few reasons you don’t want to bring fish into space. First, it’s going to go bad fairly quickly. And the best space food is food you can store for long periods of time without worrying about it spoiling.

Second, if someone in your office has ever decided to microwave leftover fish for lunch, well, imagine smelling that and not being able to escape it.

Next: Astronauts have to cut this carb out of their diet.

Astronauts are free to munch on tortillas and wraps to get their fill of carbs, but bread is 100% off-limits. It’s not structurally capable of holding itself together in space, and it also doesn’t exactly have the shelf life to last months in storage.

Next: This snack isn’t worth the crunch.

When you eat a handful of crackers in Earth’s gravity, it’s easy to brush away the annoying crumbs your snack left behind. In space, this seemingly minor inconvenience could become disastrous.

Can you guess what happens when crumbs float? They get everywhere, including astronauts’ eyes. And you definitely wouldn’t want to accidentally inhale them.

Next: This snack food also could end up in someone’s lungs.

This snack is outlawed in space. | iStock.com/Kwangmoozaa

One of America’s favorite snacks won’t ever accompany an astronaut to space for the same reason crackers are off-limits. Think of all the nacho cheese-flavored “Dorito dust” left on your fingers after finishing a bag. That’s all going to end up in the air as a contaminant. No crunchy treats for space explorers.

Next: Astronauts actually don’t eat this, despite its name.

Freeze-dried or dehydrated ice cream seems like the perfect sweet treat to feed hungry astronauts throughout their missions.

In reality, it’s more of a clever marketing strategy than an actual space-safe food. Like other foods on this list, most of it would just end up in the air instead of in astronauts’ mouths.

Next: This infamous astronaut made a terrible decision in 1965.

The story behind this one might surprise you. |  iStock.com

John Young will forever be known as the astronaut who smuggled a sandwich into space. He hid a corned beef sandwich in his suit before takeoff and only managed a small taste before having to quickly shove it back into his pocket as it came apart in his hands. Sandwiches and space do not mix well.

Next: So what do astronauts actually eat, anyway?

What can astronauts actually eat in space? 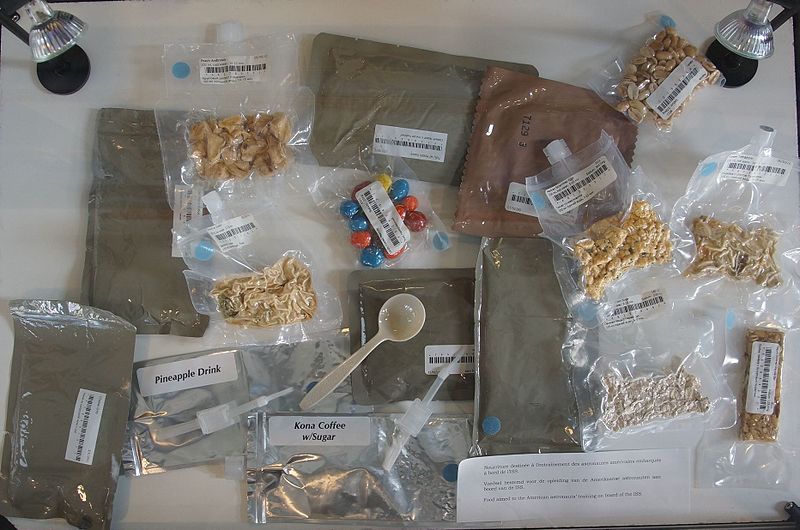 This is what space food looks like. | NearEMPTiness/Wikimedia Commons

Remove all the “best” snack foods, and what’s left for an astronaut to enjoy? According to NASA, nothing that requires refrigeration makes it into any mission. Most food starts out dehydrated, but choices are familiar — including meat, eggs, and fruit.