Exercise May Help You Fight Off a Cold or Flu, Research Says 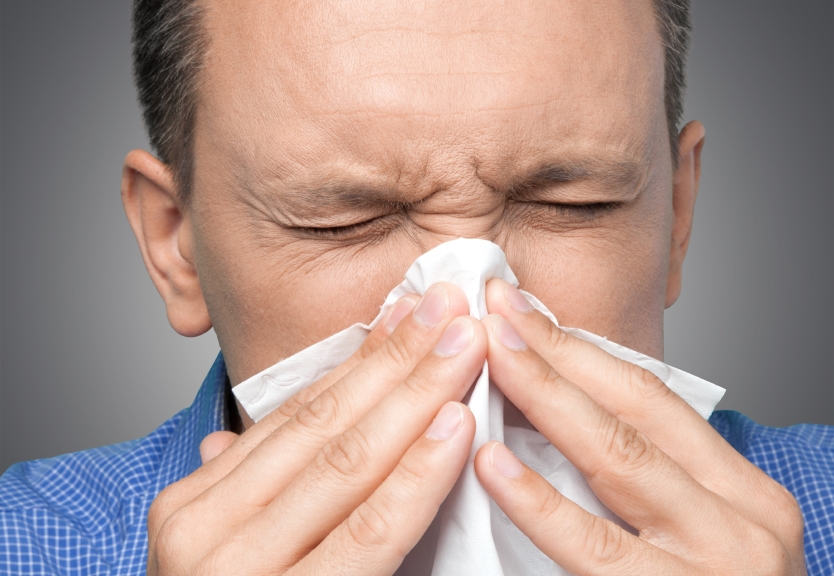 You already might know a few go-to ways to avoid getting sick: simple stuff like getting enough sleep and washing your hands. But, if you want another way to avoid catching a cold or the flu this season, you might want to head to the gym.

According to an experiment published in the journal Brain, Behavior, and Immunity, working out could boost your immune system and help you avoid getting sick, even when it seems like your whole office is coming down with something. The study, which was conducted at the University of Illinois, used mice to figure out the affect of working out on susceptibility to the influenza virus.

To conduct the experiment, scientists infected laboratory mice with flu. The mice were than placed into three groups. The first group rested, the second ran for a leisurely 20 to 30 minutes, and the last group ran for a taxing two and a half hours. Each group repeated this routine for three days, until they began to show flu symptoms.

According to the study, the flu strand used in the experiment is extremely harmful to rodents, and led to the death of more than half of the mice in group one. However, only 12% of the group two mice, who lightly jogged, died. Meanwhile, an eye-popping 70% of the mice in the group that had run for hours died, and even those that survived were more debilitated and sick than the control group.

While light jogging helped boost the immune system, overdoing it created more strain on the body and caused more of the mice to die. Jeffery A. Woods, a professor of kinesiology and community health at the University of Illinois explained why moderate exercise could help boost the immune system in an article with the The New York Times.

Woods explained that the virus causes an increase in T1 helper cells, which the body uses to induce inflammation and other changes in the body as a first line of defense. Eventually, the T1 cells shift to T2 cells, which produce the anti-inflammatory immune response. This shift, which is important, is promoted by moderate exercise but is harmed when the exercise amount shifts to strenuous.

There are immune system benefits of working out as a prevention method as well. This means you should work out consistently, knowing it will help you avoid getting sick, rather than only working out when you feel a cold coming on. Regular exercise benefits your body in numerous ways, such as promoting a strong heart, lungs, and muscles, which all allow you to fight colds and viruses more easily.

According to an article in Fitday, “Doctors have found that exercise can boost your immune system by providing a boost to the cells in your body that are assigned to attack bacteria … As a result, if you exercise, your immune system is better equipped to handle bacteria that could cause you to become sick. Though this boost only lasts for a few hours after you exercise, it’s often enough to help keep you healthier than you would be if you didn’t exercise.”

Using exercise as a prevention method is a great way to boost your immune system prior to the first signs of the aches and pains of the flu.

According to Harvard Health Publications, “Your first line of defense is to choose a healthy lifestyle. Following general good-health guidelines is the single best step you can take toward keeping your immune system strong and healthy.”