Exercise vs. Drug Use: The Similarities May Surprise You 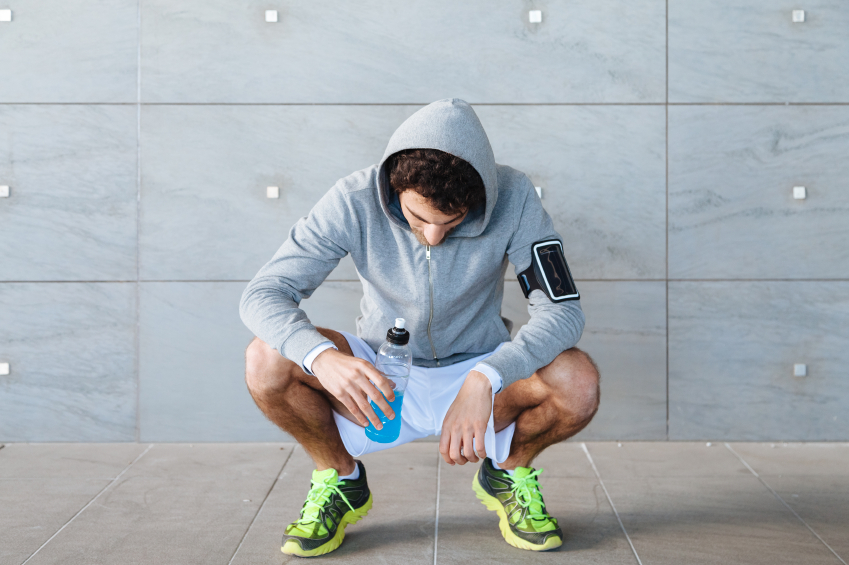 You may be familiar with the term “runner’s high” — and it’s no joke. It’s a phenomenon that has been well-known to science for quite some time. And it’s something that has led to running becoming a daily habit for millions of people over the years. And now, we have even more research that shows how that same “high,” or the simple psychological rewards that our brains bestow upon us, relates to drug use.

At the core of the issue is a neurobiological effect that is created as a result of exercise. When our bodies engage in physical activity, a number of chemicals and endorphins are released into our blood streams. Some of them are common and well-known, like adrenaline. Others, not so much.

But the endgame is that our brains seemingly reward us with feelings of pleasure — the same sorts of feelings we get when we use certain drugs. In fact, there is so much similarity that researchers are looking at new ways of treating addiction and drug abuse by manipulating these “reward centers” in the brain.

A study from the University of Missouri is showing that this is a possibility. By conducting a series of experiments with rats, scientists were able to manipulate the pleasure and reward receptors in the animals’ brains with physical activity. They also gave rats drugs, or chemicals — biologically speaking, each action stimulated the same parts of the brain, ‘rewarding’ the animal with certain sensations.

The study specifically looked at how researchers were able to tweak the rats’ mu-opioid receptors, which are the specific parts of the brains that reward us for certain behaviors with a release of dopamine.

“For the study, a team of scientists led by Frank Booth, a professor at the MU College of Veterinary Medicine, selectively bred rats that exhibited traits of either extreme activity or extreme laziness,” the University’s press release reads.

“These highly active rats would run on their wheels constantly,” said Greg Ruegsegger, a doctoral student in the MU College of Veterinary Medicine and lead author of the study. “However, when we chemically activated their mu-opioid receptors, those rats drastically reduced their amounts of activity. Since exercise and addiction to substances follow this same chemical process in the brain, it stands to reason that activating these receptors in people with dangerous addictions could provide the same rewards they are craving without the use of dangerous drugs or alcohol.”

This research could lead to a lot of breakthroughs in how we treat drug addiction and dependency issues in the future. While treating addiction is difficult, and a relatively low number of people actually make it through rehabilitation and remain sober, these findings may prove useful in developing new treatment methods.

Obviously, the most widespread addictions in the U.S. include those hooked on tobacco and alcohol — both of which lead to a huge number of deaths, and billions in costs on the overall economy through lost productivity. For example, if you were to add up the amount of time people leave their work stations to go out for a cigarette break, you end up with a fairly high amount of lost revenues.

But what the UM research shows us is that we may be able to satisfy these people through something as simple as exercise — or at least by stimulating certain parts of our brains that give us the same chemical and neurological rewards that exercise does. In a perfect world, we could say that a person’s drug addiction could be replaced relatively easily with a simple weight lifting routine, or running regimen.

Unfortunately, it won’t be so easy. But the research is promising. In terms of overall societal health, if we can find a way to take the findings of this study and put it into practice — say, develop a product or medication that stimulates our brains’ reward centers to help people give up cigarettes or alcohol use — we could really get somewhere.

That likely won’t come for a while, if it comes to fruition at all. But what’s important is that we’re learning more about how our brains function, and even further about how exercise and physical activity impact our psychology.