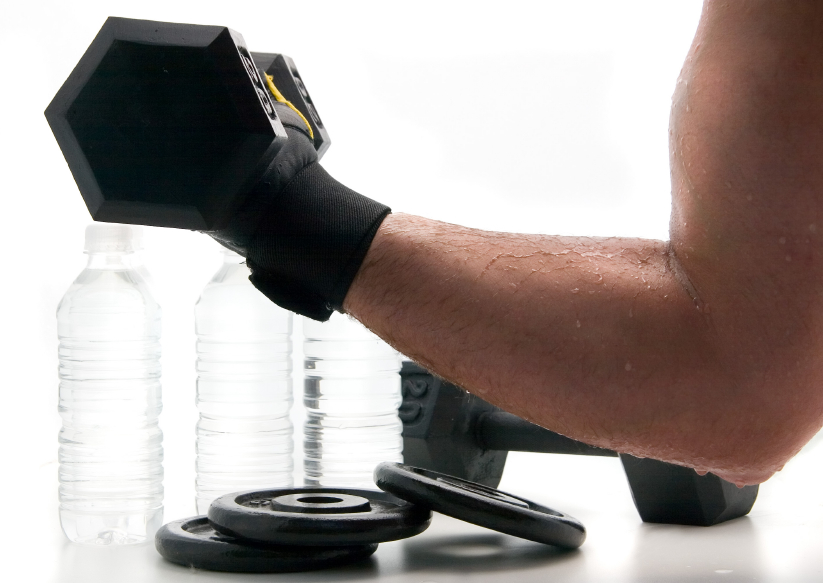 Heading to the gym is a regular part of the day for any guy interested in achieving a great physique or scoring some impressive health benefits. Your efforts may be in vain if you’re not doing the moves properly, and incorrect form is a lot more common than you might think. We spoke to Giacomo Barbieri, an orthopedic exercise specialist and CPT at NY Personal Training, about where people go wrong and why it matters so much.

One of the biggest mistakes gym goers make is not getting their movements correct before they start piling on the weight. Some of this comes from trying to go it alone, but even instructors can have difficulty keeping up with an entire class. “If there’s a trainer for 20 people, everyone is doing it their own way when he’s explaining so, at this point, nobody is doing it the right way,” Barbieri said.

While many lifters can get by with going through the movements incorrectly for a while, they’ll eventually suffer the consequences. “After a couple of months, they break something or they tear a tendon and have to stay away from the gym for a few months,” Barbieri said. “Or maybe they just stop going because they think it’s too dangerous.” Either scenario diminishes your physical fitness, which isn’t good for health or for aesthetics.

And performing lifts with strange movements isn’t the only way your results can suffer. Some people get too focused on lifting heavy weight, even though they can’t really handle such a large load. The result is a movement that spans only a fraction of what it should. Barbieri explained, “At that point, the muscles get used to that range of motion so the tendons get shorter and hold the position.”

Even folks who have immaculate form can run into trouble if they’re focusing too heavily on just one or a few muscle groups. Barbieri used the example of men who spend too much time working their chest and biceps. “If you work out the chest, you’re going to start to hunch,” he said. “Your lats will start to pull, you’ll have increasing pain, and then you”ll eventually have to stop and go to physical therapy.”

The solution is as simple as adding some opposing movements. If you typically do a lot of activities involving pressing, this means you want to incorporate some pulling exercises. And you really do need to focus on using the correct movement when you add in these new exercises because Barbieri said it’s still possible to achieve many lifts using the wrong muscles.

Finally, Barbieri stressed the importance of properly warming up and cooling down before each and every workout to help avoid injuries. He typically has clients use some sort of cardio machine for five to 10 minutes before hitting the weights; then they start with relatively light weights to get the muscles used to going through the movements. At the end of the session, he likes to finish with some lifts using a reduced weight before going into some dynamic stretching. Lastly, he suggested ending with a little bit of static stretching.

Now that we’ve talked about why the right form matters, it’s time to take a closer look. Barbieri highlighted five of the most common exercise mistakes he sees people make at the gym as well as the simple adjustments needed to correct the posture. If you feel like your lifts are suffering, these five easy adjustments might be exactly what you need to get in better shape. 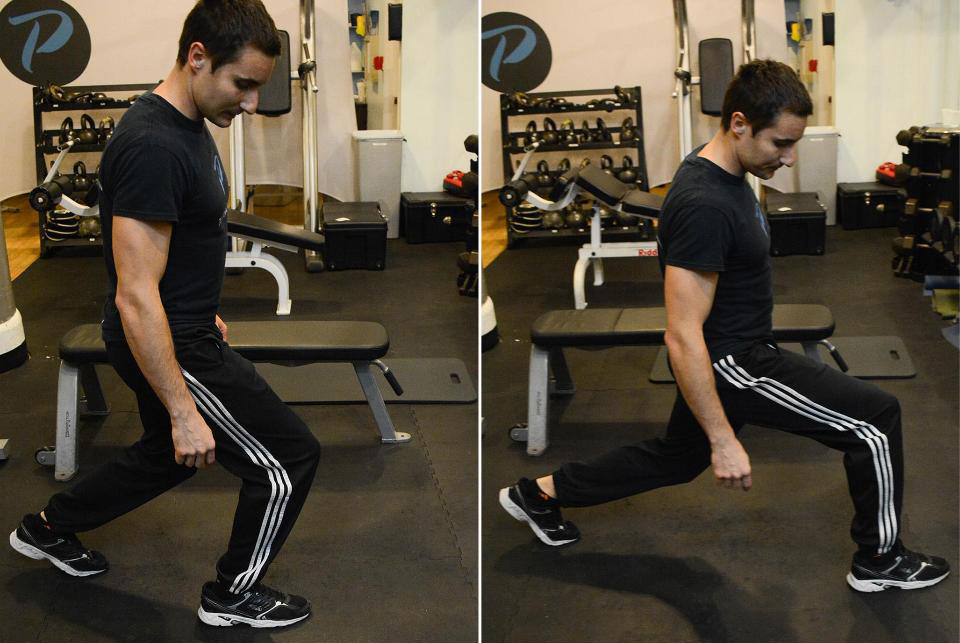 The mistake: The left image illustrates one of the most common ways people compromise their lunges. Taking too small of a step forces your knee to extend far beyond your ankle, which is pretty painful. This mistake also prevents you from lowering your body as low to the ground as you really need to get the full benefit of the move.

The fix: When you’re working on lunges, you want to step your foot pretty far out in front of your body, but not so much that you lose your balance. Work in a controlled movement to reach your foot out. When you lower yourself to the ground, your knee should end up directly above your ankle. Work on getting the move right before you become too concerned with adding weight. 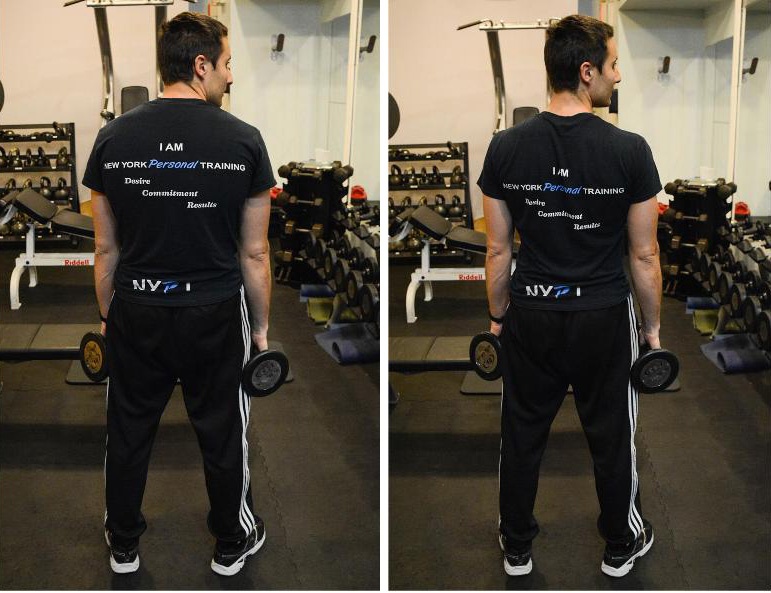 The mistake: The biggest problem Barbieri sees with most standing lifts is a hunched posture. Again, this often has to do with people starting off with more weight than they should. Since many of us assume this slumped posture at work, letting it carry into the weight room spells double trouble for your shoulders.

The fix: Correcting this posture is pretty easy. Focus on standing up straight and pulling your shoulder blades toward each other. The temptation is usually to hunch as you fatigue during the lift. It’s better to do fewer repetitions in this upright posture than to hunch and eek out a few more. 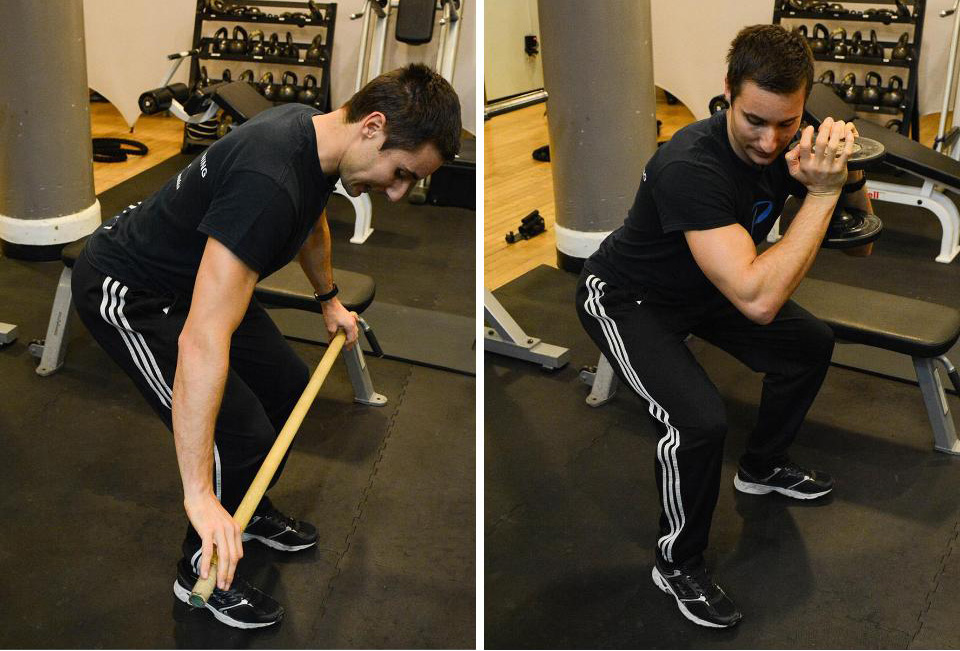 The mistake: Squats, much like lunges, have a lot to do with properly aligning your knees and feet. Barbieri often grabs a pole when working with a new client to show them where they’re going wrong. If your knees push the pole far in front of your feet, you’re not squatting correctly.

The fix: You want to focus on keeping your feet grounded as you squat so you don’t end up leaning too far forward. The move should really be more up and down than anything else. Once you’re used to the movement, you can start adding some weight to make it more challenging. 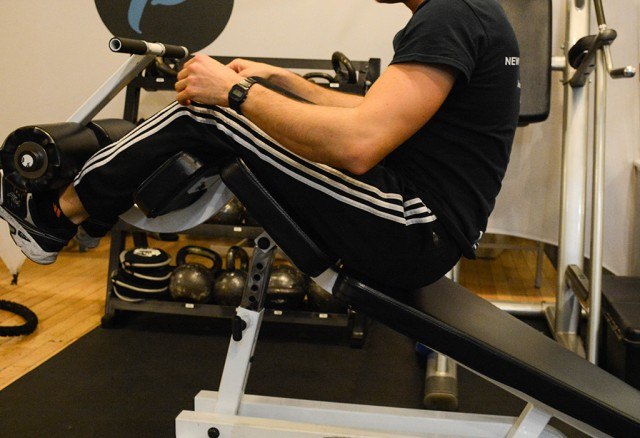 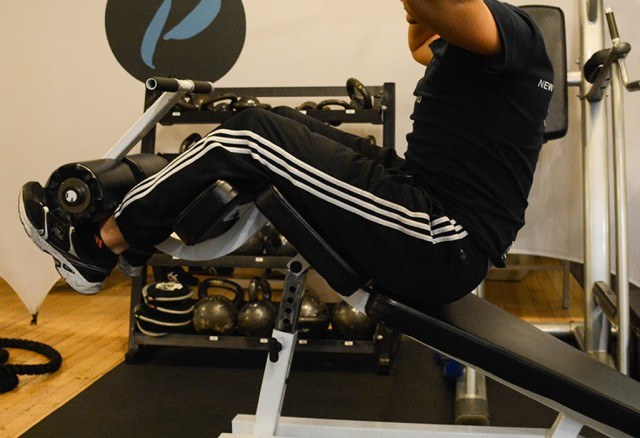 The mistake: Most everyone is guilty of performing abdominal exercises incorrectly because it’s just so easy. In the top photo, Barbieri shows how many round their backs and use their arms to propel the movement. This makes the move almost completely useless as a way to strengthen your abs, and it’s also incredibly hard on your back.

The fix: Keep your hands tucked behind your head, but don’t use them to pull. You should sit up in a very controlled manner by contracting your abs. As with most of the other moves, you’ll probably find yourself performing far fewer than normal. 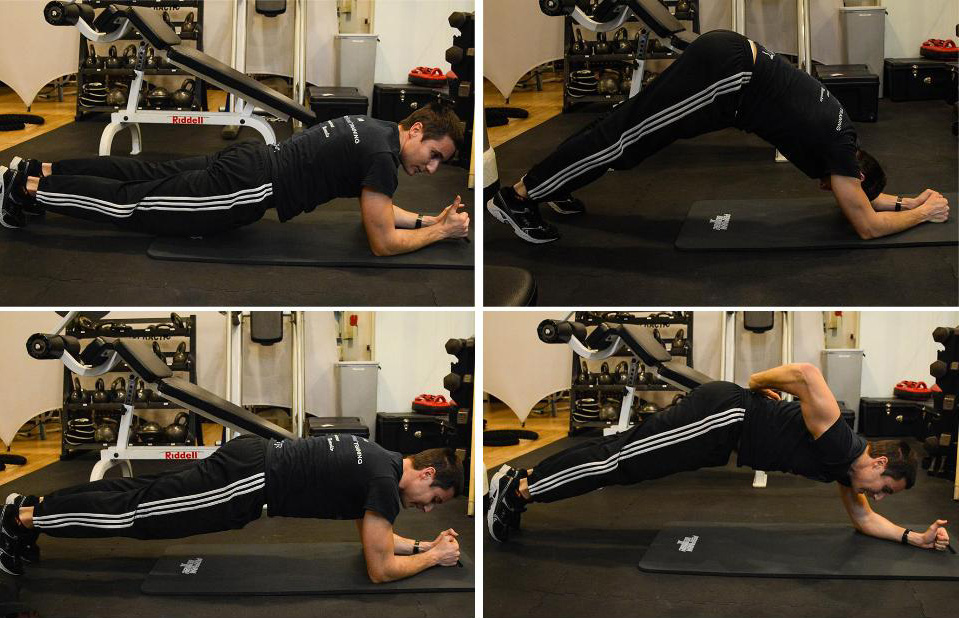 The mistakes: Planks are especially tricky because people can make a few mistakes with their form. The upper-left image shows a slumped position that lessons the amount of work your front core muscles have to do. It can also really hurt your lower back. The second mistake is sort of a cross between downward facing dog and a plank, which means it’s ineffective for both positions.

The fixes: The correct way to plank for most of us is a perfectly flat position, seen in the lower-left corner. It strengthens all of your core muscles, which is usually what you want. For folks who may be suffering from lower back pain, though, it can be too much stress for the sensitive area. For these people, Barbieri recommended a variation where you raise onto the very tips and slightly on top of your toes while slightly pointing your butt toward the ceiling. You’ll still strengthen some of your core muscles, but it’s much gentler on your back.