7 Famous Hollywood Celebrities Who Are Feuding With Family Members

Family members are bound to fight from time to time. You may love them, but they’re the people who can get under your skin the most. When it happens to famous Hollywood celebrities, they don’t just have to worry about the next Thanksgiving family dinner being a bit awkward. They have the whole world paying attention, giving us front-row seats into their real-life struggles.

Whether these rivalries were made public by a Grammy acceptance speech or in an Instagram post, these 7 celebrities who are feuding with family members don’t seem to be forgiving each other anytime soon.

Adele has no love for her father. | Sascha Steinbach/Getty Images

The 2017 Grammy Awards set the stage for Adele’s feelings about her father to come to light. She confessed to her long-time manager, Jonathan Dickins, that she loved him like he was her own father. However, she continued, “I love you so, so much. I don’t love my dad, that’s the thing. That doesn’t mean a lot. I love you like I would love my dad.”

Adele’s lack of love for her biological father, Mark Evans, is a result of his alcoholism and abandonment of his family when Adele was just 3 years old in 1991. Evans spoke to the press about his relationship with his daughter in 2012, suggesting that Adele’s issues in her love life are likely a result of his absence.

This didn’t go over so well with the singer, as she exploded, “He’s f*cking blown it. He will never hear from me again. It makes me angry. To come back after 10 years and be like, ‘Maybe her problem with men comes down to me.’ It’s like, ‘How dare you comment on my life?’ It makes my blood boil.”

Now that Meghan Markle has become a household name as Prince Harry’s girlfriend, her estranged half-sister is coming out of the woodwork. Samantha Grant, who now goes by Samantha Markle, is releasing a tell-all book about their family drama, reportedly titled The Diary of Princess Pushy’s Sister.

Samantha, 52, and Meghan, 36, share the same dad, but that’s about all they have in common. Due to their age difference, they were never really close growing up, according to E! News. That apparently didn’t change, even after Samantha was diagnosed with multiple sclerosis in 2008, confining her to a wheelchair.

The Sun reported some nasty comments Samantha has made about Meghan, including that “the royal family would be appalled by what she’s done to her own family. The truth would kill her relationship with Prince Harry.” Depending on what Samantha reveals in her book, only time will tell if her claim is true.

When Caitlyn Jenner released her memoir, The Secrets of My Life, it ruined her relationship with her ex-wife, Kris Jenner, and her step daughters, Kim, Khloé, and Kourtney Kardashian. In her book, Caitlyn claimed that Kris was aware of her gender identity struggles during their marriage. Kris addressed this claim on Keeping Up With the Kardashians, insisting it was completely untrue.

Caitlyn strained her relationship with the Kardashian sisters by writing that their father, Robert Kardashian, defended O.J. Simpson during his murder trial, despite knowing he was guilty. As a result, Caitlyn told Cambridge News, “To be honest, I don’t talk to them anymore. Kim, I haven’t talked to in a year.” 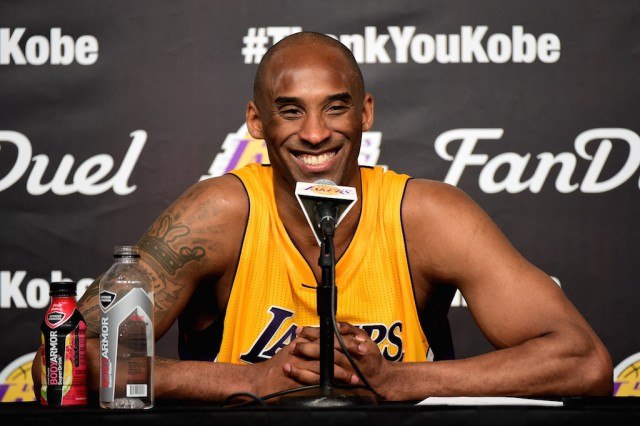 Kobe and his mom have had a rocky relationship for a long time. | Harry How/Getty Images

Retired NBA star Kobe Bryant is no stranger to family issues, but 2013 marked a new low in his relationship with his mother, Pamela Bryant. Their rocky past can be linked back to 2001, when 23-year-old Kobe married his 19-year-old fiancée, Vanessa Laine. Kobe’s parents didn’t approve of their marriage, so he excluded them from his wedding.

12 years later, Pamela sparked a new battle with her son over his memorabilia. According to TMZ, she collected “his old jerseys, varsity letters from high school, championship rings, [and] trophies,” without Kobe’s permission, and sold them to an auction house. She received an advance of $450,000, which she intended to use on the purchase of a home in Nevada.

Kobe filed a lawsuit against her, on Mother’s Day, no less, claiming, “I never told my mother that she could have my personal property, let alone consign it for public auction.” The suit was settled in an undisclosed deal, but there have been no signs of reconciliation in sight.

Not even the kids could fix this relationship. | Henry S. Dziekan III/Getty Images

Even after 12 years of estrangement, Bethenny Frankel’s mother, Bernadette Birk, couldn’t care less about getting back in touch. In 2016, Frankel’s 6-year-old daughter, Bryn, requested to meet her grandmother, requiring Frankel to reach out to her mother. Apparently, their call did nothing but separate them even further.

“She didn’t reach out; the daughter did,” Birk said. She admitted that she “really had no feelings at all” about speaking with her daughter.

Frankel has claimed that her estrangement from her mother stems back to childhood. She’s revealed that Birk was “never a mother” to her, and that her childhood consisted of “a lot of destruction: alcohol, abuse, eating disorders, and violent fights,” according to Daily Mail.

What was originally intended as a joke resulted in siblings Kate and Oliver Hudson being publicly disowned by their father, Bill Hudson. On Father’s Day in 2015, Oliver posted a throwback photo on Instagram of himself, Kate, and Bill, which he captioned, “Happy Abandonment Day.”

Bill didn’t take the post lightly, ranting to Daily Mail, “Oliver’s Instagram post was a malicious, vicious, premeditated attack. He is dead to me now. As is Kate. I am mourning their loss even though they are still walking this earth.”

A source told Us Weekly, “Oliver was just trying to be funny by posting that comment. In retrospect, he probably should have thought twice before putting that out. But what’s done is done.” 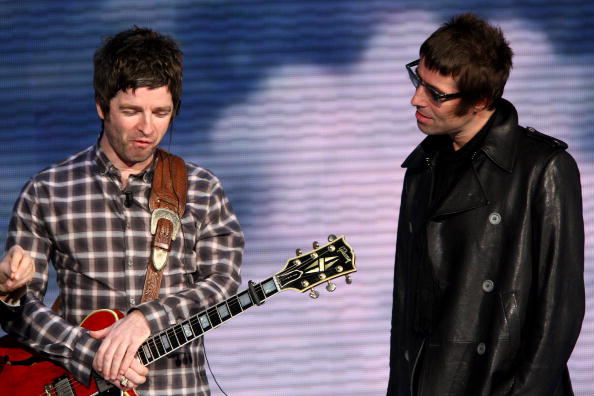 Despite finding fame together with their band, Oasis, Liam and Noel Gallagher’s sibling feud doesn’t seem to be ending anytime soon. As revealed in the 2016 Oasis documentary, Supersonic, Liam recalls the spark of their rivalry.

At around 15 years old, Liam admitted, “One night I come in pissed and I couldn’t find the light switch so I pissed all over [Noel’s] new stereo. I think it basically boils down to that.”

Oasis’ fame seemed to ultimately be the biggest attribute to their rift — especially when combined with the brothers’ big egos and cocaine usage, according to Rolling Stone. Their band debuted their first album in 1994, which was also one of the many years in which Noel would quit and then rejoin the group.

The band quit for good in 2009, but the brothers’ feud continued. In 2017, Liam performed at Ariana Grande’s benefit concert at Manchester Arena, following the Manchester terrorist attack outside of one of her concerts. Noel didn’t attend, for which Liam called his brother a “sad f*ck.”

However, “Noel nor Oasis were ever going to perform,” according to the One Love concert organizers. They continued, “Let’s keep the positivity please.”