Famous People Who You Probably Didn’t Know Had Dementia

Lewy body dementia contributed to the untimely death of celebrated comedian and actor, Robin Williams. According to Scientific American, Williams was diagnosed with Parkinson’s disease a few months prior to his death. However, the lewy body dementia in his brain wasn’t found until an autopsy was performed. Williams’ widow, Susan Williams wrote an editorial in the journal, Neurology, about her husband’s painful experience.

Civil rights pioneer, Rosa Parks, suffered from dementia in the last years of her life. The public was made aware of her condition because of a lawsuit. CBS News reported in 2003 that Parks’ doctor told a federal magistrate she shouldn’t answer any questions regarding the lawsuit because of her condition. CBS said, “this was the first description of her health problems.” According to Biography, Parks was diagnosed with progressive dementia in 2004 but had been suffering from the disease for at least two years.

Former Prime Minister of England, Margaret Thatcher, battled with dementia late in her life. Her daughter, Carol, released a memoir about her experience watching her mother fight dementia, The Telegraph says. Carol wrote in her memoir, “I almost fell off my chair. Watching her struggle with her words and her memory, I couldn’t believe it. She was in her 75th year but I had always thought of her as ageless, timeless and 100% cast-iron damage-proof.” Thatcher died in 2013, according to Biography. 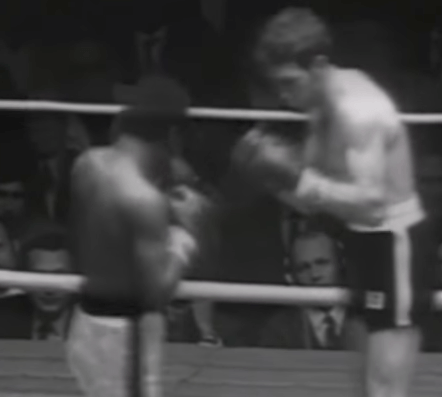 Ernie Lopez, a well-known boxer in the 1960s and 1970s, was found in a homeless shelter after he allegedly gave up all of his possessions. With the help of police, Lopez’s family members located him shortly before he was to be inducted into the boxing hall of fame, the L.A. Times said. Ernie died in 2009 from complications with dementia, one of his sisters told the L.A. Times.

In early 2017, David Cassidy revealed to People Magazine, he’d been battling dementia. Cassidy is most famous for his role on The Partridge Family. Cassidy’s family has a history with the disease. Both his mother and grandfather suffered from dementia. Cassidy told People Magazine, “I want to focus on what I am, who I am and how I’ve been without any distractions.” “I want to love. I want to enjoy life,” he added.

American artist Norman Rockwell (1894 – 1978) looks up while seated at his drawing table, circa 1945. | Hulton Archive/Getty Images

One of the most famous American painters of the 20th century, Norman Rockwell, depicted picturesque versions of America. However, his life was far from perfect. At the age of 84, he experienced bouts of dementia that kept him from painting, The New York Times says. “He still was wheeled into the studio every day to listen to classical music, wash his brushes, arrange his stuff, putter around, do everything but paint,” according to The New York Times.

Former manager of the Detroit Tigers Sparky Anderson gestures prior to throwing out the ceremonial first pitch prior to Game Two of 2006 World Series between the Detroit Tigers and the St. Louis Cardinals October 22, 2006 at Comerica Park in Detroit, Michigan. | Jamie Squire/Getty Images

Sparky Anderson was an accomplished manager in major league baseball. Anderson “was the first manager to win the World Series in both the American League and National League,” according to Ranker. The New York Times reported Anderson was in hospice at his California home as a result of dementia. He died in October 2010.