While fast food is never the healthiest option one can make, sometimes busy schedules (or intense cravings) leave no other options. And while nearly every fast food chain has a few healthy options you can order, there are also plenty of menu items you should definitely steer clear of if you’re trying to eat well or you don’t want to get ripped off.

No one gets more up close and personal with fast food than the employees. So when they tell us to avoid something, it’s best to take their advice to heart. Order these 15 fast food items at your own risk.

According to an employee, the Wisconsin Butter Burger has a quarter stick of butter in it. And while you might not be concerned about that if you’re ordering a “butter burger” in the first place, perhaps the 135 mg of cholesterol and 27 grams of saturated fat will deter you.

Next: The good news is, you probably only go to this chain for burgers and ice cream anyway.

Not the most appetizing salad we’ve ever seen. | Dairy Queen

Employees of DQ claim that the salads are a huge rip-off. “They just recently downsized them while changing the bowl to make it look like the same amount,” the employee wrote. “Over $5 for three ounces of old lettuce, cabbage, carrots, and even older grilled chicken.” Yikes.

Next: This chicken probably isn’t oven-roasted.

If you order an “oven-roasted chicken” sandwich at Subway, it’s probably just boiled in a microwave–that’s how it’s done at least one location (and it’s probably not the only guilty one).

Next: They’re not old until they’re sold.

Not the best fries you can get. | iStock/Getty Images

Wendy’s has plenty of healthy menu items (and the delicious Frosty) for sale, but you should steer clear of the fries. According to one employee, “They’re not old until they’re sold.”

Next: Stick to the fried chicken here.

If you must eat at Chick-fil-A, at least stay away from the chicken salad. | Alex Wong/Getty Images

Skip the chicken salad sandwiches at this popular chain. An ex-employee says, “The Chicken Salad itself is several day-old frozen chicken patties manually stripped of breading, then chopped up and mixed with celery and mayo and whatnot. How anyone can pass this menu item off as healthful is beyond me.”

Next: We’ll give you a good reason to get a medium. 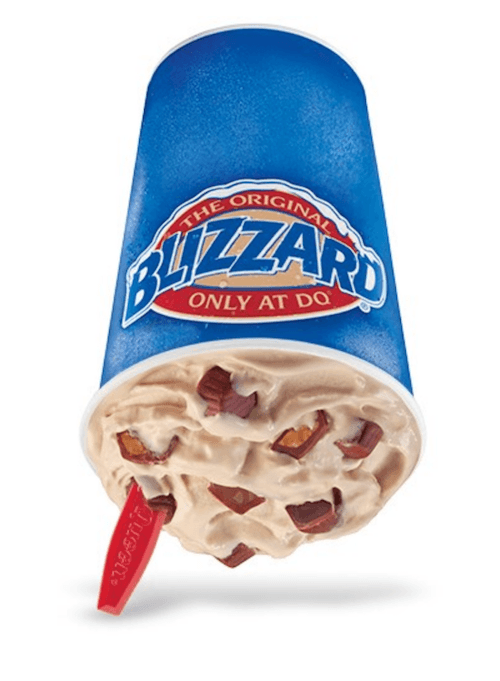 Just order a smaller version of this dessert. | Dairy Queen

Want to indulge in a large Blizzard? Beware: Employees claim that the blender spindles can’t reach the bottom of the cup, so they’re never blended properly. You’re left with two inches of plain ice cream at the bottom.

Next: The earlier you eat at this popular chain, the better.

McDonald’s: Anything after 10PM

Get there for lunch, but never a late night dinner. | Paul J. Richards/AFP/Getty Images

Current and former McDonald’s workers alike want to warn the public of one thing: If you eat there late at night, it may not be sanitary. The night shift managers count money, often forgetting to take time to wash their hands. Also, employees are much more likely to drop food on the floor, pick it up, and serve it to you so they can go home sooner.

Next: Stick to wings when you visit this eatery.

Buffalo Wild Wings: Anything but wings

Their chicken wings are the only thing on the menu that aren’t frozen. | Bhofack2/iStock/Getty Images

An employee of Buffalo Wild Wings claims you should only order the wings when you go because it’s the only quality option. Everything else they sell is frozen.

Next: Run away from the border.

Think you’re making a healthier choice by ordering a bean burrito? Think again: A former employee explained that the “beans” are actually made by mixing unknown ingredients with water until you can’t see white anymore. How appetizing.

The tuna salad sandwich is full of mayonnaise and other fillers. | Joe Raedle/Getty Images

It doesn’t take a Subway employee to see why these sandwiches aren’t always the most appetizing choice, but one did reveal what you’ve probably suspected: They’re made mostly of mayonnaise.

Next: Don’t keep your barista guessing.

Starbucks: Anything off the ‘secret menu’

If you’ve ever seen the “Starbucks secret menu,” know that it doesn’t actually exist–at least, baristas aren’t trained on how to make the drinks. If you know the ingredients, you can just ask for the modifications yourself, but if you just order a “Snickerdoodle” or a “Cap’n Crunch,” the baristas might just make it up as they go.

Next: Pass on the pasta at this popular chain.

Panera pastas are zapped in a microwave. | Scott Olson/Getty Images

Stick to the sandwiches at Panera–the pastas are all microwaved, even the mac & cheese. Cupcakes and coffee cakes all come frozen as well, but the sandwiches and salads are made with fresh ingredients.

Next: Beware of the BBQ sandwich.

This is just hearsay, but someone who worked at KFC for four years claims that the BBQ sandwiches are made from chicken too old and stale to sell or give to homeless shelters … so it’s soaked in BBQ sauce until it can be pulled, then kept on a heater for a month.

Next: Avoid the fish here.

The sandwich has a cult following, but it is not a good quality sandwich. | McDonald’s

Several McDonald’s employees, both current and former, have admitted that the fish filets often sit for hours and hours before they’re served. “My McDonald’s kept the fish sandwiches in a super dirty cabinet and spent like five seconds cooking it when it actually gets ordered,” said Reddit user SGkurisu.

Next: Be prepared for a broken heart when you learn this sad fact.

Dunkin’ Donuts: Anything you’re hoping to get fresh

It’s sad, but it’s true: The donuts, and all baked goods, arrive at the stores frozen. They’re still tasty, but they’re not fresh.