This Is the Absolute First Thing Tom Brady Does Every Morning

When you’re as well known as Tom Brady, you need to share your morning routine, right? As it turns out, Brady has a strict routine that he sticks to every single morning, both in and out of season. And yes, he actually does use the nutrition products he markets to his fans. Want to know the absolute first thing he does every morning? Check out page 3.

The star quarterback tells all in his new book

His book contains his most treasured health and fitness tips. | Tom Brady via Instagram

Brady’s new book, The TB12 Method, outlines an average day in the life of this star football player. The book was released in September 2017 and gives a detailed look inside a day in the life of Brady. Plus, Brady finally tells fans how he stays in such amazing shape. He goes in depth about his workouts, his eating habits, his training, etc. and discusses how this has helped him “achieve a lifetime of sustained peak performance.” It all starts when he wakes up.

Next: What time does Brady start his day?

He gets an early start to the day. | Tom Brady via Instagram

Brady’s alarm clock sounds at exactly 6 a.m. each day. That might seem early, but this pro goes to sleep at 8:30 p.m. — we’re unsure of whether or not that’s earlier than his own children go to bed. Regardless, it comes as no surprise that the five-time Super Bowl champion needs a good nine hours of shut eye in order to get the most out of his day.

Next: Here’s the absolute first thing he does.

He immediately drinks 20 ounces of water

Hydration is very important to him. | Tom Brady via Instagram

As soon as Brady gets out of bed, he drinks a cool 20 ounces of water to kick his day into gear. Brady states in his book that he drinks anywhere from 12 to 25 glasses of water per day. He stresses the importance of staying hydrated and infuses his drinks with his own TB12 electrolyte concentrate. However, it’s important to note that 25 glasses of water per day is an extremely high amount (about 200 ounces), and you should probably consult your doctor before you develop that kind of habit.

Next: Then, it’s breakfast time.

Then, he follows it with a shower and a smoothie

He starts his day with a smoothie … and you can too! | Iuliia_n/Getty Images

He doesn’t shower and drink a smoothie at the same time, though; the former comes first. Then, he heads to his kitchen. The quarterback says his smoothie typically contains blueberries, bananas, seeds, and nuts. We assume he switches that up once in a while, but he doesn’t say how. He chooses that combination because it is nutrient dense and high in fat, protein, and calories.

Next: Brady works out at the same time every day.

… And starts his workout promptly at 8 a.m. 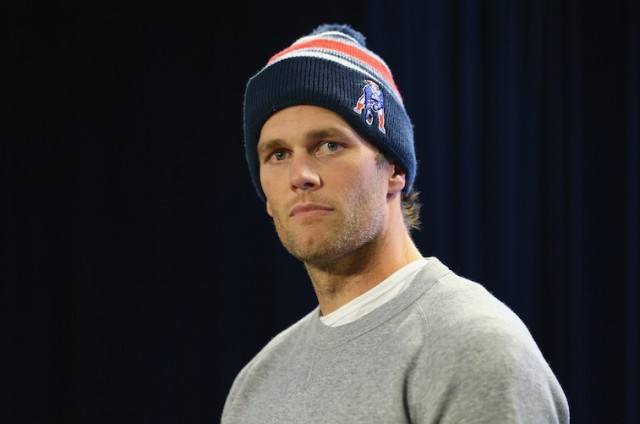 He works out as soon as he wakes up. | Maddie Meyer/Getty Images

Following the smoothie, Brady hits the gym. He stresses pliability. Brady’s workouts focus more on flexibility rather than strength training. His trainer and business partner, Alex Guerrero, believes that keeping your muscles strong, active, and very flexible are the keys to preventing an injury. Brady isn’t the only one to work out with this in mind. Most football players focus more on mobility than strength training, too.

Next: He needs this within 20 minutes of his workout.

He drinks protein shakes to preserve his muscles. | Tom Brady via Instagram

When Brady ends his workout, it’s time for a protein shake — and the clock is ticking. Brady says he always makes a protein shake with one scoop of his own, self-branded protein powder, plus some almond milk and some electrolytes (apparently Brady adores his electrolytes). The shake has to be consumed within 20 minutes of the end of his workout. He writes that if you wait any longer than that, your body will begin to seek protein sources elsewhere, especially from the muscles that you’ve worked so hard to build up.

Next: He encourages this before lunch.

He encourages snacking before lunch

Hunger isn’t necessary for a body like Tom’s.  | Margouillatphotos/iStock/Getty Images

If Brady gets hungry at 11 a.m. (yes, all of those previous activities happen before 11 a.m.), he snacks. In fact, he thinks snacking is a great thing. “I never go long without snacking,” his book says. His TB12 snack packs contain foods like seeds and nuts, so it’s assumed that’s what he snacks on prior to lunch time, which is also what he adds to his smoothies. Perhaps the true method for being a five-time Super Bowl champion is actually just eating like a squirrel.

Next: His morning transitions to his afternoon with this kind of lunch. A typical lunch order for Brady is something along the lines of fish and vegetables — lots of vegetables. He has a few general principles he sticks by when deciding his lunch order: He doesn’t eat proteins with carbohydrates. Mixing proteins or carbs with veggies is ideal for digestion. He does not eat fruit along with other foods — only by itself. He never drinks too much water with meals. Brady caps off his morning with a strictly planned lunch.