With flu season approaching, the question of which form of prevention should be given to kids: Flu shot or nasal spray? The answer is resoundingly in the form of the shot, per the American Academy of Pediatrics, which released its recommended guidelines for the 2017-18 flu season on Monday. Like it did last year, the academy states yet again that the nasal spray should not be used during the upcoming flu season. 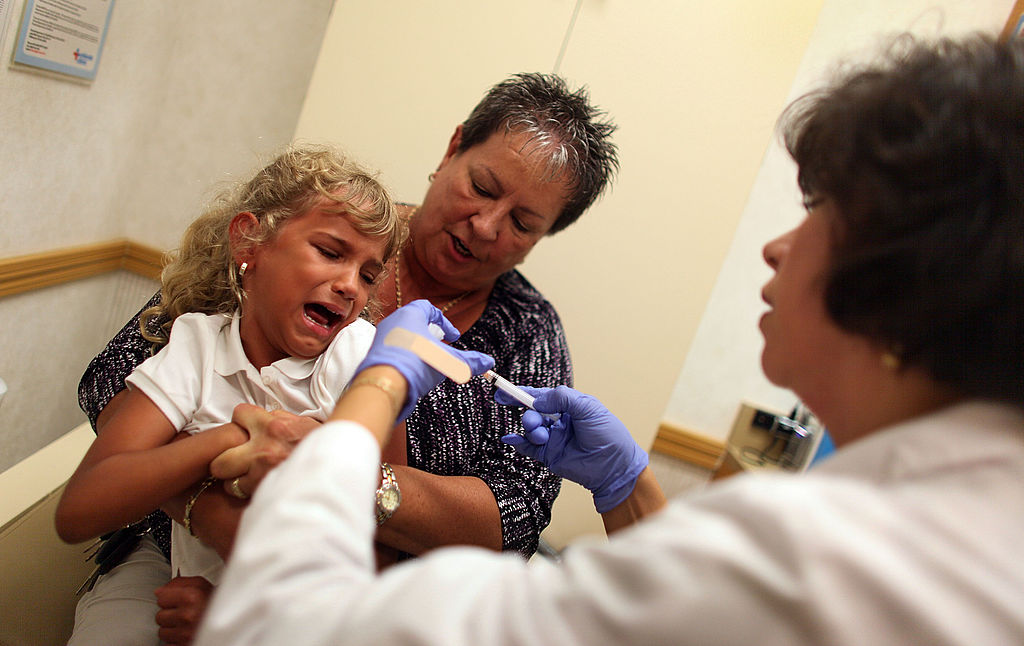 Sharyn Epling, 5, being held by her grandmother, Sharon Alvarez, reacts to receiving a flu shot from Maria Bucio, a nurse in a CVS/pharmacy on September 2, 2009, in Kendall, Florida. | Joe Raedle/Getty Images

Last year, it was reported in all pediatric age groups, the nasal spray “did not have any statistically significant benefit in preventing influenza during three flu seasons,” the AAP stated. The annual flu vaccine significantly lowers risk of severe influenza and death in children.

During last year’s flu season, more than 100 children in the U.S. died from the flu, and thousands more were treated in hospitals for severe complications from the virus. Historically, 80 percent of kids who died from influenza were not vaccinated.

The AAP recommends that pediatricians offer the influenza vaccine to all kids 6 months of age and older and as soon as the vaccine becomes available in doctors’ offices and clinics, in order to provide protection before the flu season starts. 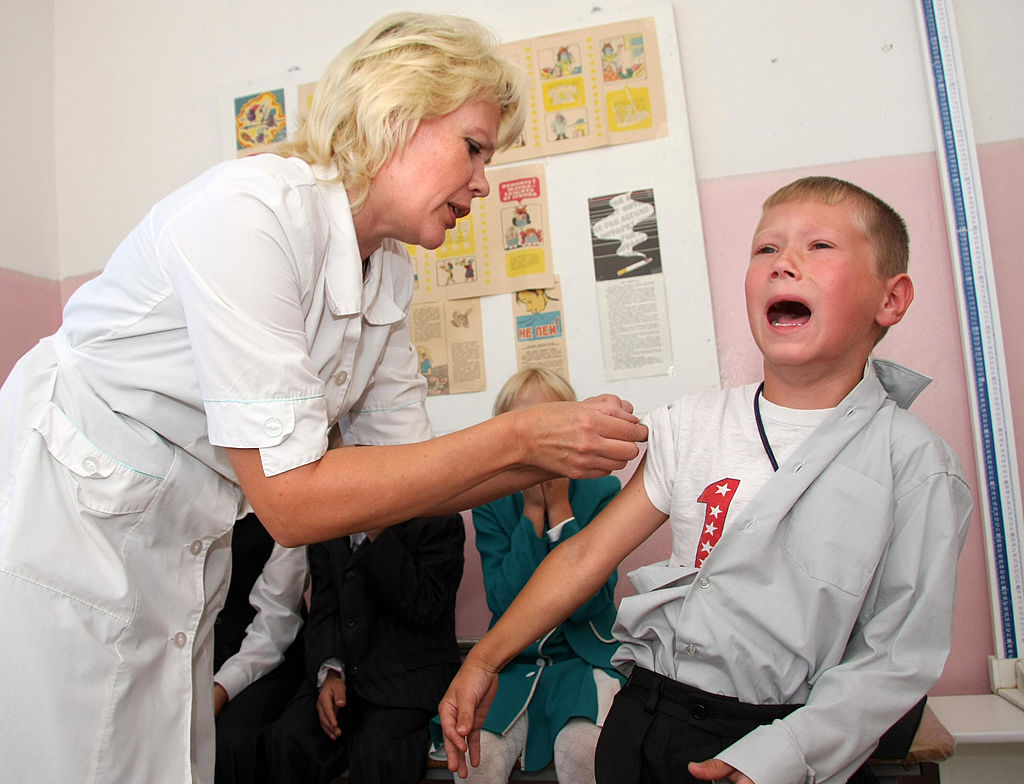 A schoolboy cries as he gets a flu vaccination shot from the school nurse on September 2, 2009. | Viktor Bartenev/AFP/Getty Images

“Getting a flu shot as soon as the vaccine is available in your community should be on every parent’s checklist, along with other back-to-school routines,” said Dr. Flor Munoz, co-author of the AAP report. “We know that the flu should not be taken lightly. Everyone in the household, including pregnant women, grandparents, and childcare providers, should be vaccinated to help prevent its spread.”

Specifically, the AAP recommends the following: