The Reasons Food Deprivation Is Completely Derailing Your Diet

Staying fit means living a healthy lifestyle, which is why diets don’t work. You’re probably tired of hearing that living healthfully is all about balance, but it’s true. You want to create sustainable changes you can carry out every day, not just for a month or two. While it’s important to be mindful of the foods you’re eating, it’s also important to allow yourself to indulge once in a while. Here’s why food deprivation is destroying your diet. 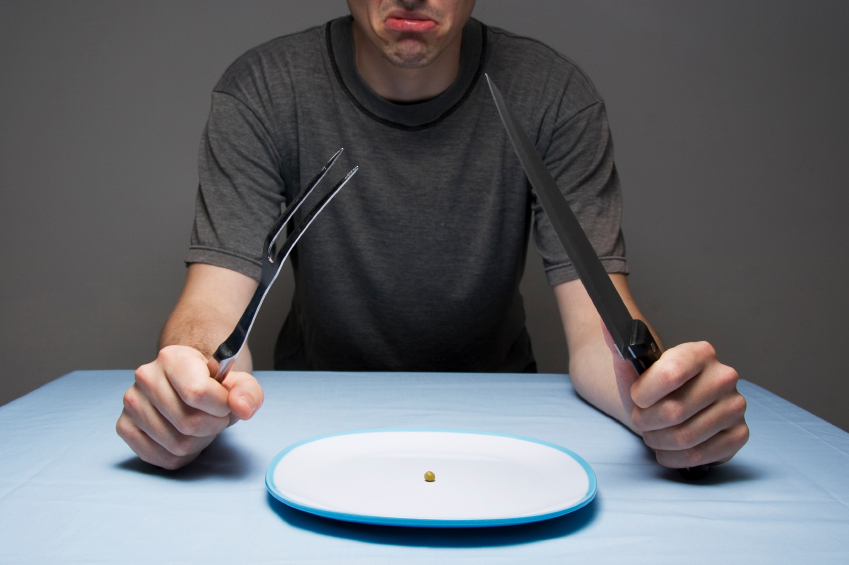 While cutting calories is essential for weight loss, keep in mind that eating less than what your body needs to carry out normal, everyday functions isn’t any better for you. If you deprive yourself from certain foods and cause your intake to drop too low, it can actually cause a reverse effect on your weight-loss efforts. Everyday Health mentions your body is more likely to hold onto fat as a way of protecting itself from starvation when you slash calories. When this happens, your metabolism slows down, decreasing the amount of calories your body needs to function. This means your body is trying very hard to maintain its weight.

You might end up eating that cake after all. | iStock.com

Depriving yourself from certain foods can make you obsess over them. According to a 2012 study from Tel Aviv University, allowing yourself dessert for breakfast while also including protein and carbohydrates in the meal may actually help with losing weight. The study lasted for 32 weeks and tested a control group that refrained from sweets entirely and a group that included dessert for breakfast. Results showed the group that included dessert lost more weight than the control group and also kept it off for longer. These results support the idea restricting yourself from certain foods can cause a psychological addiction in the long run. Another study from 2013 saw similar results. According to the research, when people restrict themselves from certain food items, they dwell on them more.

3. Your craving doesn’t go away, so you eat everything else

If you deprive yourself from eating certain foods, you’re likely to reach for something that resembles what you crave, but doesn’t entirely satisfy you. In the end, this can cause you to eat even more calories than you would if you were to just allow yourself a portion of the food you were craving. This is doubly true if you reach for things that are marketed as all-natural or fat-free. Unfortunately, many of these eats aren’t as saintly as they claim.

When you’re craving something indulgent, start by drinking a glass of water. If the feeling doesn’t subside after tanking up, consider allowing yourself a treat. Instead of filling yourself up with alternative options that won’t take your mind off that slice of pizza, let yourself have a piece, but keep the portion reasonable.

4. It stresses you out

A 2010 study published in Psychosomatic Medicine found cutting and monitoring calories makes people more stressed. This probably isn’t groundbreaking news, but consider such stress levels may contribute to weight gain. Health mentions we’re more likely to accumulate fat around our midsections when we’re stressed. Deprivation ultimately takes a toll on our mind, and it eventually shows up on the scale.

5. When you finally give in, you overindulge

This slice of cake is entirely too large. | iStock.com

Although it may seem like you’re doing your body a favor by restricting yourself from certain foods, it’s a challenge to actually stick to it. Since our minds tend to pay a lot of attention to things we can’t have, it’s an accomplishment when we ignore a craving. But the likelihood of that desire going away forever is slim. Eventually, when cravings get too strong and you finally let yourself have that specific food, it’s likely that you’ll overeat. In the long run, deprivation and diets don’t work. If you restrict yourself for an extended period of time, you’ll likely gain the weight right back once you reintroduce those off-limit foods. Allow yourself to enjoy your favorites, but just keep moderation in mind.