Food Poisoning! 5 Foods That Could Make You Sick

When you can’t sleep because your stomach is turning or you find yourself spending the evening on the toilet, you’re either sick or suffering from food poisoning. An estimated 48 million people get foodborne illness in the U.S. annually. One report by the Interagency Food Safety Analytics Collaboration looked at four major pathogens to determine what foods are often responsible for transmitting the bacteria that make people sick. The report took a closer look at the pathogens E. coli, salmonella, listeria, and campylobacter to find out. These four heavy hitters are just a few of the many bacteria responsible for foodborne illnesses.

Here are the foods you wan to be wary about.

This man’s upset stomach could have been caused by beef. | iStock.com

According to the IFSAC report, beef caused 46% of E. coli cases. The biggest culprit is often an American favorite: hamburgers. If you’re eating out or aren’t sure of the quality of the meat used to make your burger, order it medium to well-done, then check to make sure there isn’t any pink in the center of the hamburger. If you’re cooking at home, use a meat thermometer to ensure the center of the meat is heated to at least 160 degrees Fahrenheit at its thickest point. 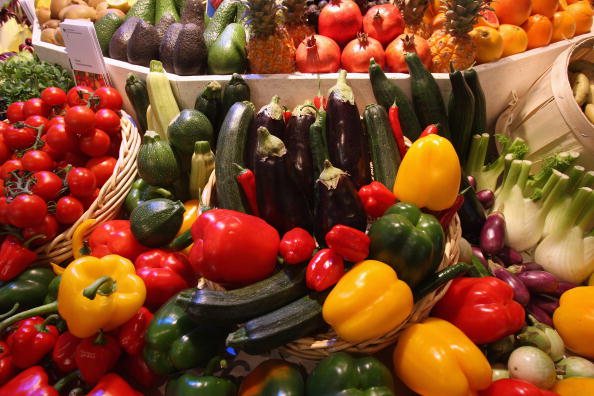 Vegetables surpass eggs, chicken, beef, and pork for the most salmonella cases. That’s right, those foods you’re always told to eat more of are responsible for transmitting 18% of salmonella pathogens, according to the report. The key to avoiding a stomach bug is to thoroughly wash all vegetables, especially if you plan to eat them raw. Watch out for artichokes, tomatoes, celery, cabbage, cauliflower, cilantro, eggplant, green onions, spinach, and various salad greens.

Your dairy may not be so safe. | iStock.com/Azure-Dragon

The report stated that a whopping 66% of food poisoning cases from campylobacter bacteria were transmitted through dairy. The biggest culprits are raw milk or unpasteurized milk products, which can lead to milk-borne illness. While most people aren’t getting their milk fresh from the farm anymore, watch out for soft cheeses like feta, goat cheese, Brie, Camembert, and blue cheese, which are more apt to be made with unpasteurized milk than harder cheeses.

According to IFSAC, fruit accounts for 50% of listeria food poisoning, with dairy coming in at 31%. To avoid coming in contact with listeria, rinse all fruits before eating, cutting, or even cooking. Firm produce like melons should be scrubbed. The bacteria can also grow in the refrigerator, so pay attention to the temperature. The Centers for Disease Control and Prevention recommends keeping your refrigerator at 40 degrees Fahrenheit or lower and the freezer at 0 degrees Fahrenheit or lower.

One of America’s favorite protein sources shows up as a culprit for transmitting both salmonella and campylobacter. Chicken’s relationship with food poisoning is probably something you’re aware of or have even experienced. The food poisoning occurs when poultry isn’t allowed to defrost properly before being cooked or is eaten undercooked. Make sure the meat you eat is white with no pink areas, and be careful while cooking to keep raw chicken and its juice separate from the rest of the ingredients.