15 Foods That Can Cause Stomach Bloat

No one likes the discomfort that comes with a bloated belly. And while we all know the common culprits that lead to bloating — sparkling beverages, which release bloat-inducing carbon dioxide, and salty foods, which make you retain water. There are other causes you may be unaware of. The next time your stomach isn’t as flat as you’d like, take inventory of your diet and see if you might be sensitive to some of these common bloating culprits. 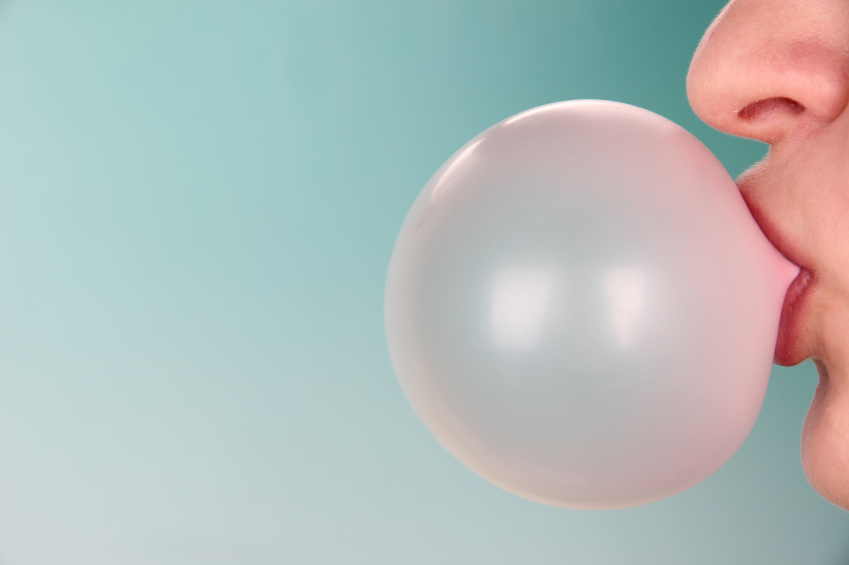 If you chew gum throughout the day, your bad habit might be hurting more than just your teeth. Chewing gum can wreck your digestive system for multiple reasons. First, when you chew gum, you swallow air. This can leave you feeling bloated. Sugar-free gum is an even worse choice, since, according to Live Science, it usually contains sorbitol and xylitol, which are fermented by bacteria in the gut, causing more bloating.

There’s a good reason many nutritionists suggest avoiding dairy, especially if you’re experiencing problems with digestion. Dairy contains lactose, which many adults can’t digest. Milk tends to be the biggest offender here, but cheese, yogurt, and ice cream can all cause bloating as well. Try almond, coconut, or rice milk instead and see if your bloating subsides. Though it’s a common dairy replacement, try avoiding soy, which Men’s Health warns may have negative consequences, particularly for men.

Apples and bananas might not agree with you. | iStock.com/vvvita

While fresh produce is an undeniably important part of anyone’s diet, a number of fruits contain complex sugars and starches that are hard to break down, which may lead to bloating. Try limiting your consumption of apples, pears, bananas, raisins, and prunes. The Huffington Post suggests cooking the produce first — as opposed to eating it raw — to help ease the digestive process. You can also mix in fruits that tend to ease bloating, such as berries, pomegranates, and passion fruit.

Broccoli contains a type of carbohydrate you might be sensitive to. | iStock.com/phasinphoto

Does your stomach hurt or feel bloated after you eat broccoli? There’s a scientific reason why (and a perfectly reasonable excuse never to eat it again). Broccoli and vegetables of the same family contain FODMAPs, short-chain carbohydrates that are hard to digest, which research suggests can cause discomfort for some people. If you’re sensitive to FODMAP-containing foods, or live with irritable bowel syndrome, you’ll also want to stay away from vegetables such as dark leafy greens, spinach, and kale.

Beans are high in protein, but there may be consequences. | iStock.com

Similar to some fruits and vegetables, beans and lentils contain a sugar called oligosaccharide, which Verywell explains is not easily digested. Oligosaccharides require methane-releasing bacteria to be broken down, which causes bloating. Fiber and protein-rich beans and lentils aren’t things most of us want to completely avoid, so try soaking them before you eat them, which will help lower the amount of oligosaccharide without affecting the nutritional value.

You don’t need this much saturated fat. | iStock.com

Have you ever given into a craving for your favorite fast food, and regretted it almost instantly after finishing your meal? Your food’s high saturated fat content is part of the reason why. Eating too much fat slows down digestion, giving food more time to ferment, which WebMD offers as a possible cause of stomach bloat. Foods high in saturated fat also tend to be highly processed, which adds all sorts of synthetic chemicals into our bodies. Humans don’t digest these chemicals very easily, since they’re artificial. While a little saturated fat is OK to eat, try not to overdo it, especially if foods high in this type of fat bother your stomach. 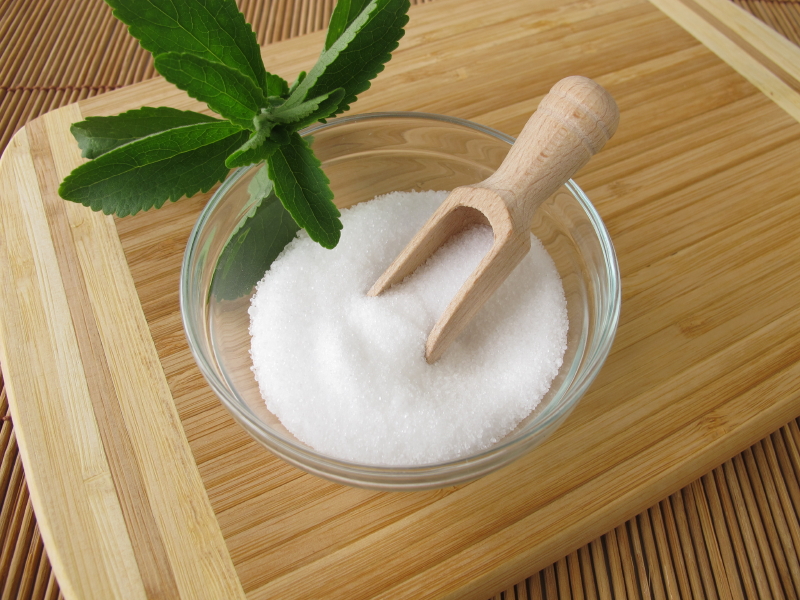 There aren’t many benefits to fake sugar. | iStock.com

Artificial sweeteners are attractive because they don’t have calories and you can replace them with traditional sugar. However, this doesn’t come without consequence. According to Rodale’s Organic Life, artificial sweeteners mess with your gut and can even prompt you to eat more than you normally would, which also causes bloating. In addition to being included in sugar-free gum, artificial sweeteners, such as sorbitol and fructose, are common ingredients in sodas, candy, and low-calorie foods. You’ll want to avoid these as our bodies are either unable or have a hard time digesting them.

You may not be allergic to wheat, but it might still cause problems. | iStock.com

As a result of the gluten-free craze, wheat has gotten a lot of attention lately. While it’s not harmful for people who aren’t allergic to wheat or sensitive to gluten, it can be hard to break down for some. Livestrong.com warns that an inability to properly break down some carbohydrates, like those present in wheat products, may lead to bloating and other digestive issues. Opt instead for quinoa, buckwheat, pure oats, almond flour, or coconut flour. Also note that eating too many carbs in general can cause water retention, which leads to a bloated belly.

In the mood for something spicy? You might also want to prepare for some serious stomach bloat. Eating spicy foods triggers the release of stomach acid, which can cause bloating, explains the Global Healing Center. This isn’t to say you should never eat anything with a kick, but it might be worth cutting back if you’re feeling a little puffy. Opt for mild spice if you have the option.

Some people are intolerant to a type of sugar called fructan. According to Current Gastroenterology Reports, humans simply lack the enzymes necessary to properly break down fructans in the small intestine. When this happens, fructans are delivered to the colon and fermented — which is why garlic, high in fructans, might make your stomach feel bloated. Consider using alternative seasonings in place of garlic if you don’t feel well after eating it.

Too much salty food is never a good thing. | iStock.com/adogslifephoto

If you’re neither lactose nor gluten intolerant, you’d think pizza would be a safe option to eat in large amounts without digestive consequence. But pizza tends to be high in sodium, and too much salt can cause you to feel bloated. Salt retains water, trapping some of the fluid from your most recent meal and causing discomfort, sometimes in your stomach. Livestrong.com suggests keeping your daily sodium intake to an absolute minimum if you tend to feel bloated after a particularly salty meal.

Frozen meals are a painful combination of everything that could possibly leave you feeling bloated and aching. They’re high in saturated fat and sodium, which are nightmares when it comes to digestion. Frozen meals are also loaded with added sugars, which Mayo Clinic says can be responsible for everything from weight gain to tooth decay. Processed foods like these are typically low in fiber and protein, too, which wrecks your digestive system even more. Some frozen meals are better than others, but if you eat them frequently and often feel bloated, you might want to consider cutting back.

Corn is technically a grain, not a vegetable. | iStock.com/ConstantinosZ

Corn on the cob is the ultimate barbecue staple, but it’s harder for your body to digest than you think. It contains large amounts of cellulose, a type of insoluble fiber. Organic Authority notes that foods high in this nutrient can be beneficial for digestion as long as you’re eating a balanced diet that also contains soluble fiber-rich foods. But if you’re eating tons of corn, you throw things out of balance.

You might avoid eating onions before a one-on-one meeting with your boss, but bad breath might not be the only reason to do so. Like garlic, onions are a source of fructans, which are a type of complex sugar that is difficult for your small intestine to digest. According to Livestrong.com, suddenly increasing your intake of fructan-containing foods can result in gastrointestinal problems. If you’ve been eating a lot of onions recently, they might be to blame for any stomach pain or bloating.

Sugar alcohols are not always your friend. | iStock.com/budgetstockphoto

Though you might like them on your pizza, in your soup, or sautéed with herbs and spices, mushrooms are a common cause of bloating, especially among people sensitive to FODMAPs. Mushrooms contain polyols, a type of sugar alcohol that has fewer calories than sugar but more than artificial sweeteners. According to Authority Nutrition, sugar alcohols — if you eat too much at one time — can cause digestive problems like bloating and gas. Steer clear of mushrooms if you suspect they’re the cause of your discomfort.

In addition to skipping the mentioned foods, there are other ways to avoid bloating. Drink plenty of water, opt for a high-fiber diet, and eat slowly. Also make sure to eat smaller meals more often — versus three big meals every day — since bloating often comes with large meals.