Resistance Bands: How They Can Increase Your Strength

We’re not just talking about tugging on some rubber tubing here. We’re talking about latching a heavy duty resistance band under the bench and around a loaded bar so that you’re chest pressing at a whole new level. If you’re looking to amp up your lower body, don’t worry, we’re going to cover back, squat and deadlift techniques as well.

Making their mark on the fitness scene in the 1980s, resistance strength bands were intended for intense, serious strength training, powerlifting and general conditioning. As of late, you’ll spot more and more lifters at the gym incorporating these heavy duty latex bands into strength training routines — especially powerlifting.

Side note, for your safety don’t confuse heavy duty resistance strength bands with those handled tube bands or Therabands.

Resistance strength bands are formed into a loop and come in various levels of resistance (as low as 5 pounds up to 275 pounds) based on the thickness of the band. While some people get their hands on them for bodyweight training, others latch and anchor them around barbells and dumbbells for heavy lifting.

But why latch and anchor these bands … 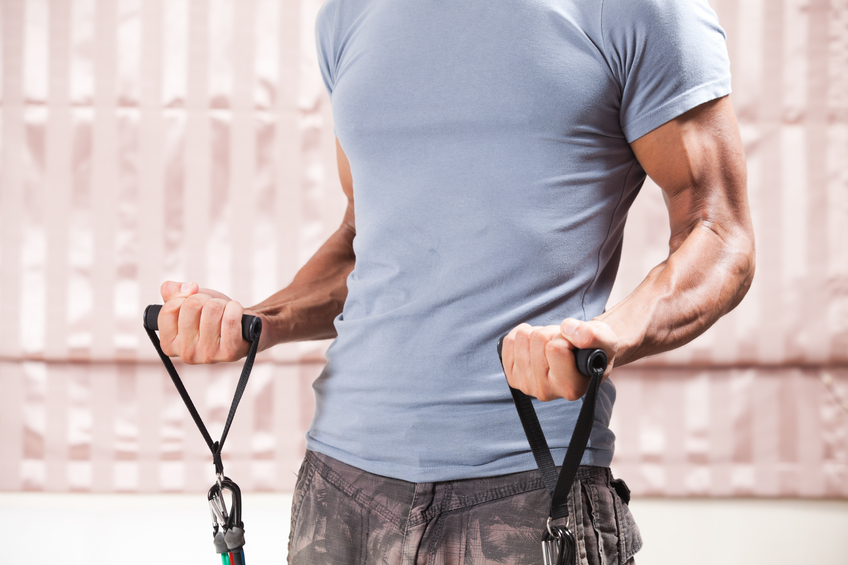 Being that these are resistance bands, incorporating them into your lifting routine can increase maximal strength by making certain exercises more difficult as a result of the added resistance.

As the band stretches, the resistance increases. So in other words, when you’re at the starting position of a movement — and working with the bands — there is minimal tension, but as you start to progress through the movement the tension increases until you reach the top of the movement creating the greatest amount of tension, also known as resistance. It’s the powering through from the mid range of the movement to the top that the real strength training work occurs as the recruited muscles increasingly exert more force while contracting.

This gradual increase of resistance on a lift calling for 50% of your 1 rep max is an effective way to progress in standard weight training exercises. Not to mention these bands will make the easiest point of the movement, the starting position, now a challenge of sorts.

Alright, well then, how do we latch and anchor these bands …

No matter the movement you’re about to perform, you’ll want to be sure you’re working with a secure anchor point with no sharp edges as to not cut into and compromise the integrity of the band.

Solid anchor points would be exercise equipment such as squat racks, cable stations, dipping/pull up stations, power cages, benches, or treadmills. Weight plates and heavy dumbbells are another good option depending on the movement. You want to be sure the band won’t budge or raise from the anchor during the lift. If you’re working with a low resistance band and want to increase the intensity, simply wrap the band around the anchor 1-3 times.

Once you’ve got your band anchored you then want to latch it around the ends of a loaded or unloaded barbell or even within the heads of a dumbbell along the end of the handles. So yeah, you’re set to give the following upper and lower body exercises a try. 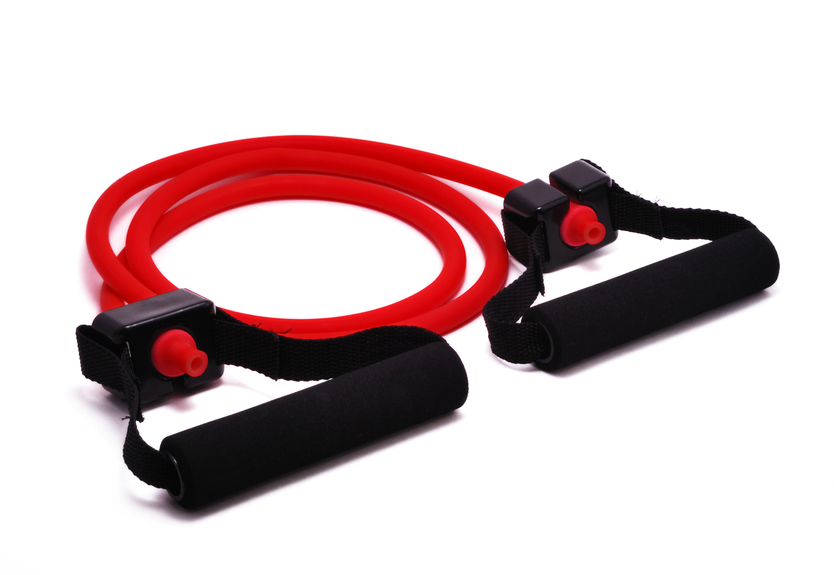 Man preparing for a workout with resistance bands | iStock.com/Milan Stojanovic

Ellen Thompson is a National Academy of Sports Medicine (NASM) certified personal trainer at Blink Fitness in New York City, where she serves as head trainer at the Penn Plaza location. Ellen’s approach to training is that “anything is possible.” Endurance, strength, and stability/agility training are at the core of her fitness programming. She holds a master’s degree in New Media Publishing and Magazine Editing from the Medill School of Journalism at Northwestern University.