Frequent Flyers Reveal the Secret to Eating Better on an Airplane

One of the top reasons that people travel is for food. But road to your destination — or rather, the airway — isn’t paved with the best cuisine. No, airplanes are not known for having the best food options. And if you’re trying to eat healthier, air travel can be a path paved with salty snacks. But fear not weary travelers!

Here we take helpful hints from frequent flyers and registered dietitians to reveal the secrets to eating better on an airplane. (Page 11 can be a bigger help than you may realize.)

First off: Plan ahead 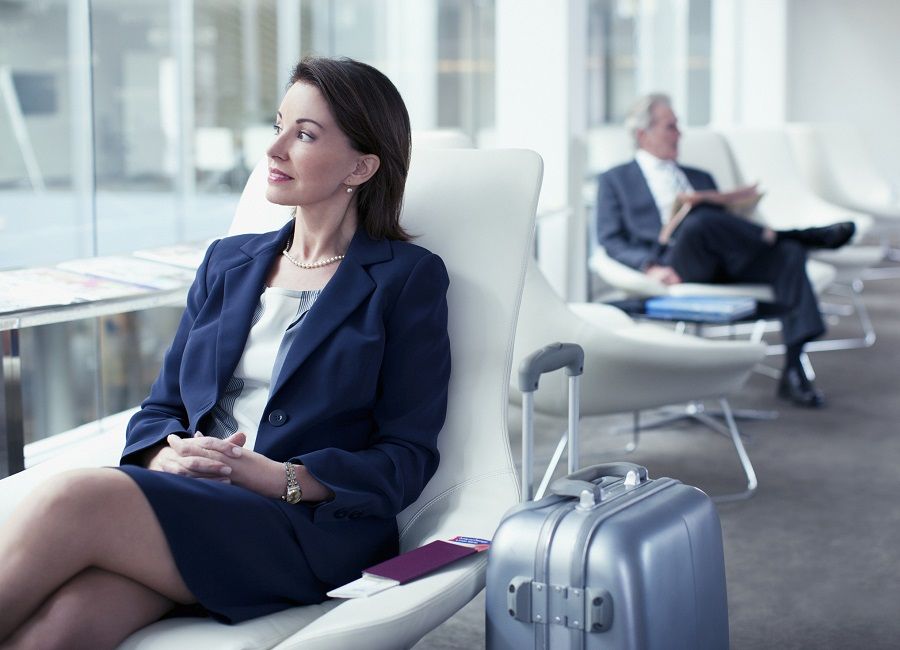 Know your meal situation before getting to the airport. | iStock.com/Martin Barraud

Registered dietitian Christy Brissette tells Global News planning ahead is the best first step to eating healthier on an airplane is to do your homework. This is especially helpful for international flights and layovers where you’re stuck eating mostly airport food.

Next: Speaking of airport food … 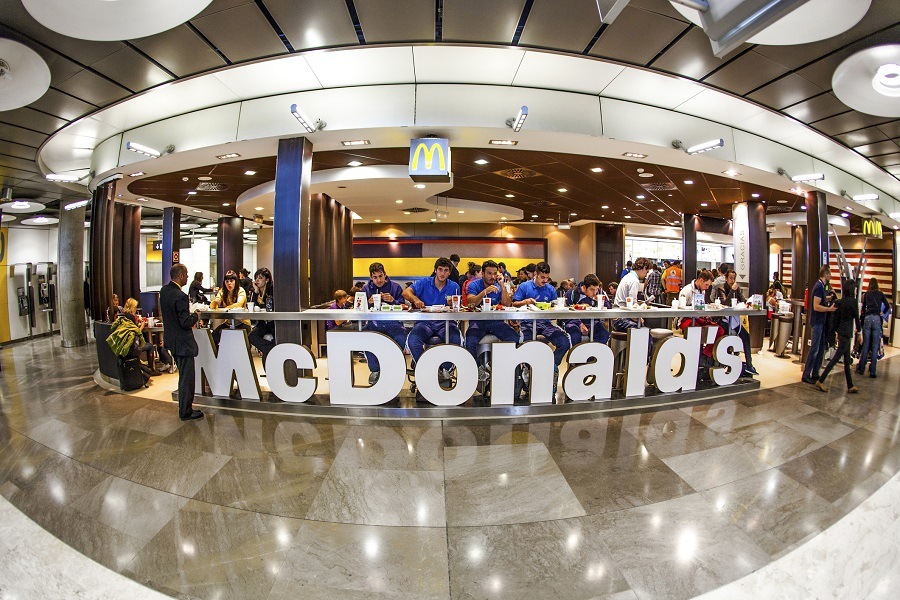 While there may be some healthy eats out there, many airports function like mall food courts — they offer unhealthy options packed with sodium, fat, etc. Again, doing your research helps. “You can usually look up the menu and nutrition information for restaurants in advance so you aren’t stuck guessing,” Brissette tells Global News.

Next: Even if you can find a healthy airport meal …

Pack your own snacks 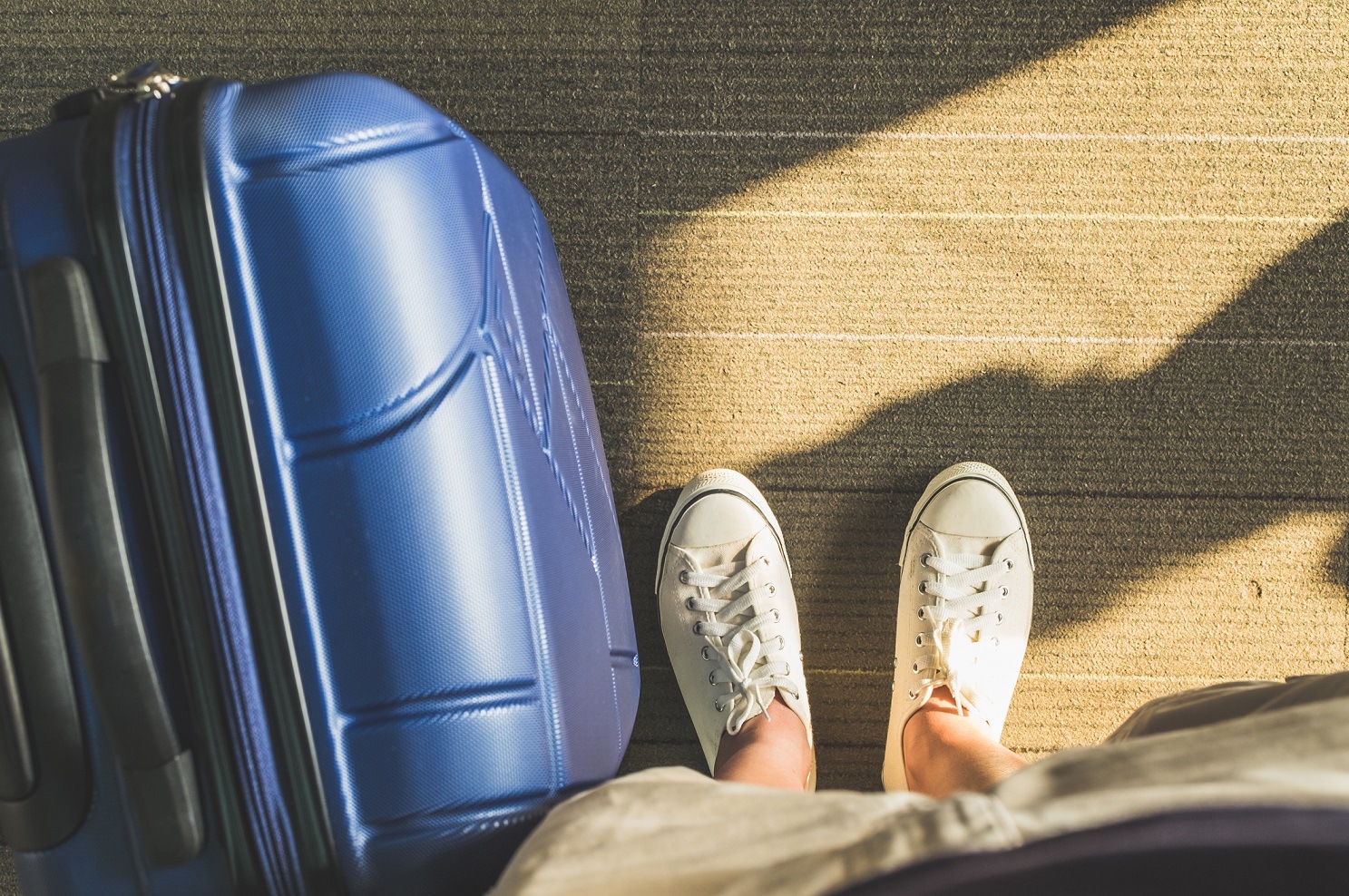 Keep some snacks with you, you’ll probably need them. | Weedezign/iStock/Getty Images

What if you have an early flight and the airport eateries aren’t open? Or the meal option on the plane — more on that in just a second — isn’t served until several hours into your flight? Having your own food is crucial. Brissette recommends healthy options that will keep you fuller longer, like nuts, low-sugar granola bars, and bite-sized veggies.

Next: But before you stalk up on munchies … 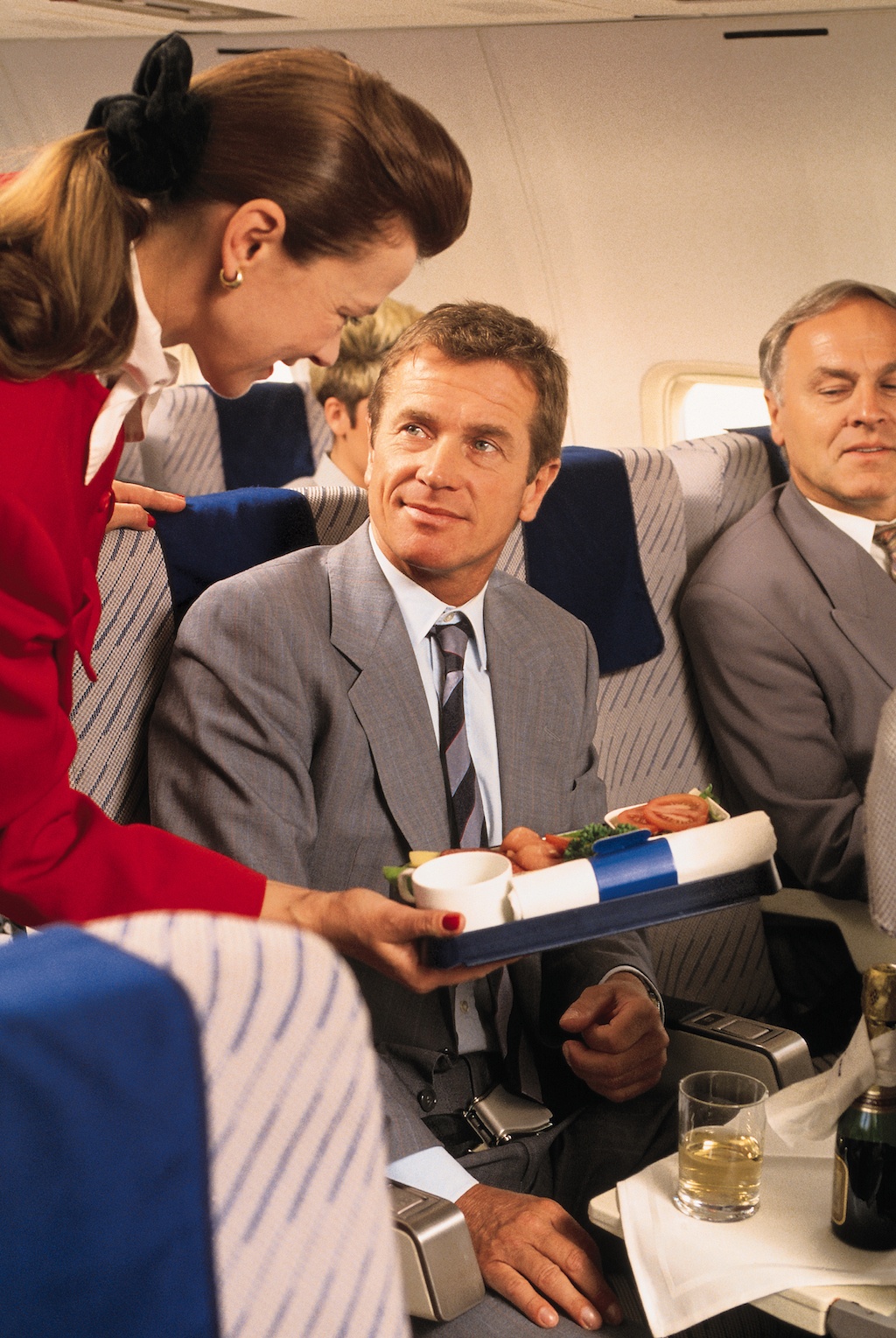 It may be a while before dinner is served on a plane. | Comstock/iStock/Getty Images

Just because a flight serves a meal, doesn’t mean they’ll necessarily serve it when you’re hungry. “I’ve been on several flights that don’t serve ‘dinner’ until 11 pm or midnight,” one frequent flyer says, “so bring a sandwich or wrap for dinner in case you don’t last that long.”

Next: Trust us, all this extra prep is to help you …

Try to not fly starving 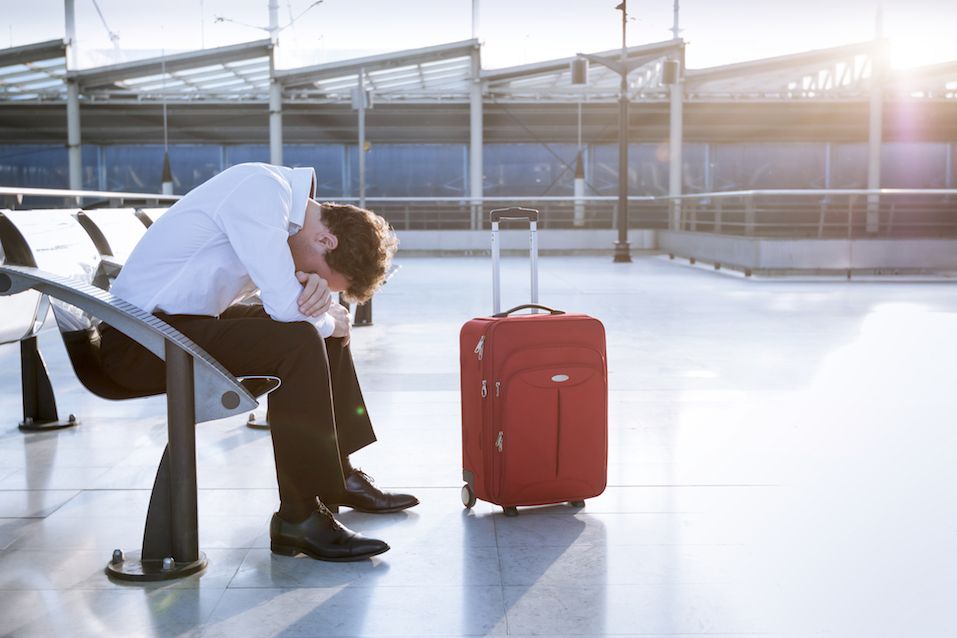 Why all the extra planning? If you wait until you get to the airport and get on a flight starving, your satiety hormone leptin decreases much like it does during a mid-afternoon snack craze. This makes you more likely to indulge in the unhealthy food that is provided to you on a flight.

Next: So if you must eat on the plane … 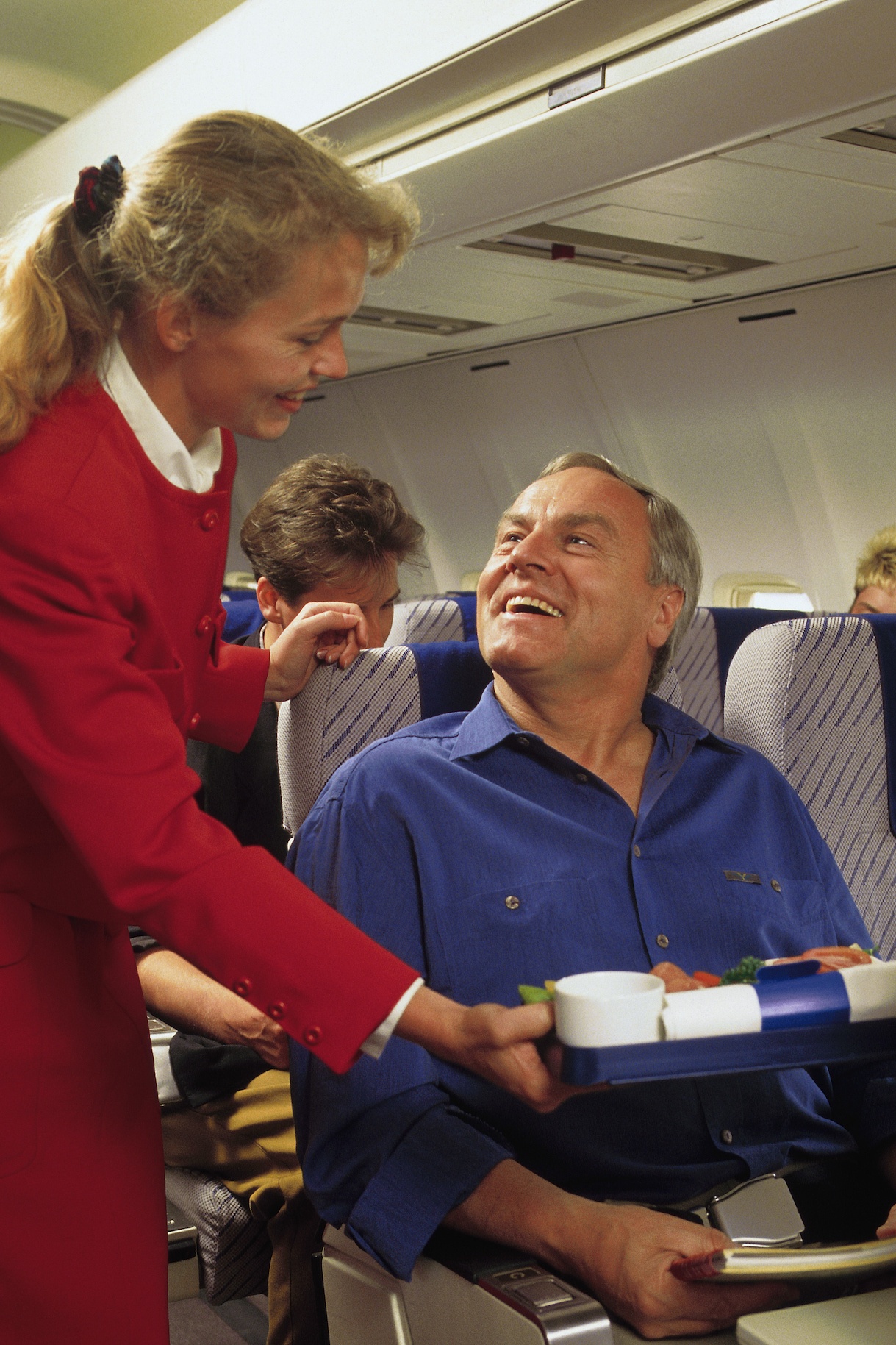 You can request a healthy meal up to 24 hours before your flight. | Comstock/iStock/Getty Images

Here’s all that planning ahead again. But requesting a special meal can insure that you get a healthier option. Writer and frequent flyer Amber Gibson tells The Points Guy that United Airlines in particular lets you select a healthy meal up to 24 hours before a flight. ” I’ve requested everything from gluten-free and vegan meals to Muslim and Kosher meals in the search for a lesser evil,” she says.

Next: When choosing a healthy meal option … 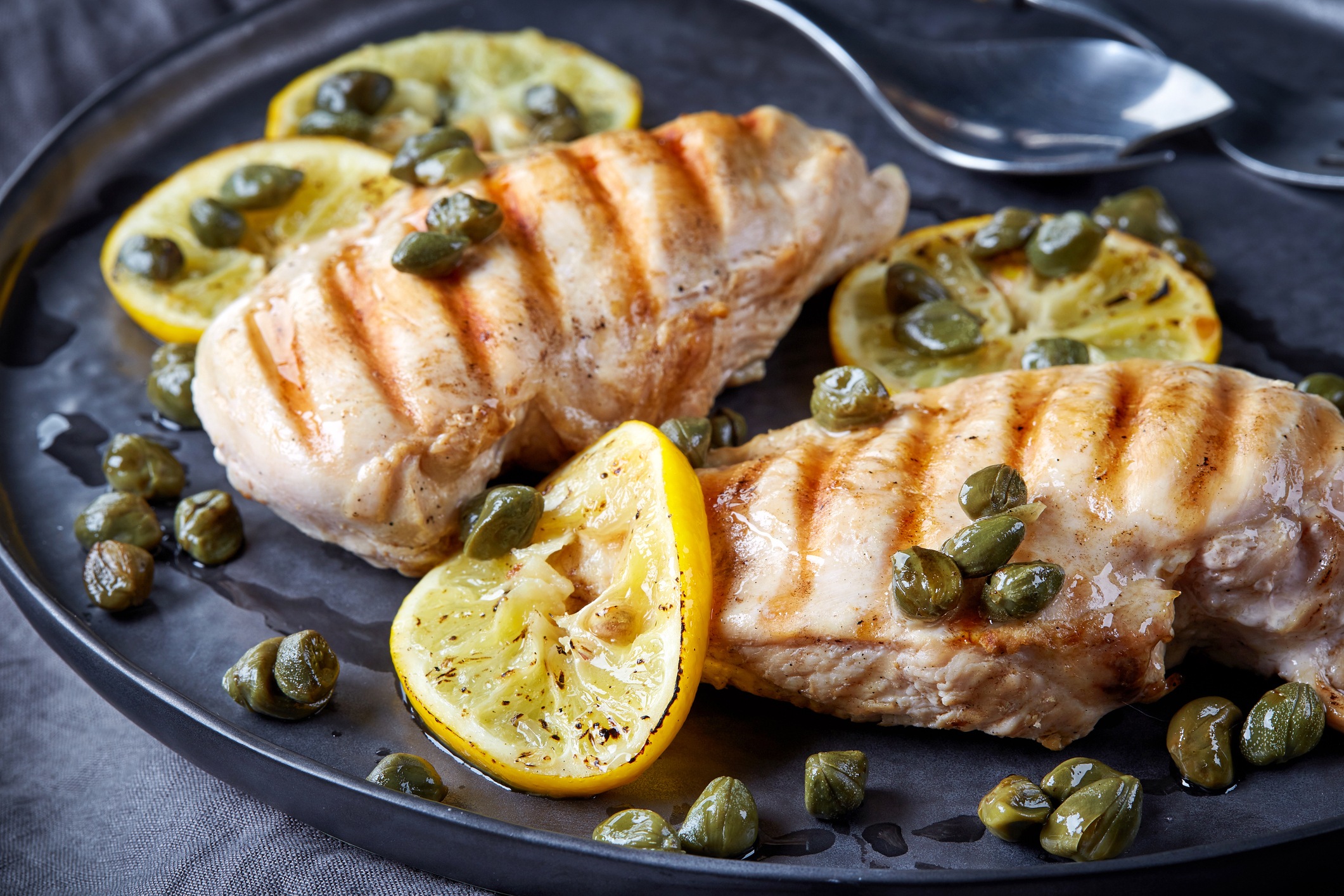 A lean meal like chicken will keep you fuller for longer. | iStock.com/Magone

When choosing an in-flight meal — whether you request it or prepare it yourself — make sure to include lean protein like chicken or turkey. These options will help keep you fuller for longer. Beware of any fatty meats that could be loaded with salt and make you hungrier quicker. And totally avoid seafood, which Gibson says “is your best bet for getting sick.”

Next: To accompany your protein … 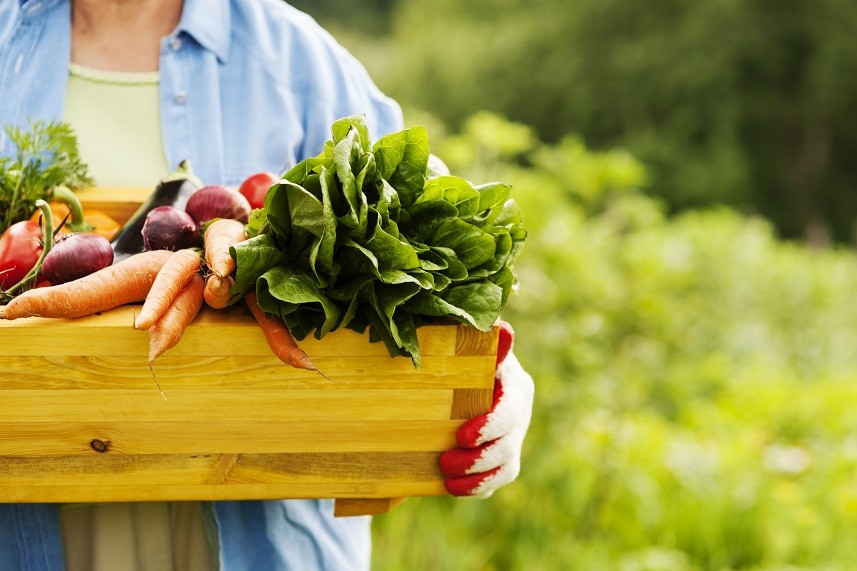 Don’t expect farm-fresh vegetables on a plane, but they’re better than nothing. | iStock.com/gpointstudio

No, you won’t get the highest quality produce on an airplane. But it’s a significantly better option than eating junk food all flight. Plus, the fiber in vegetables makes you full in the first place, which can help you turn down the salty snacks that come by on the food cart later.

Next: A helpful hint no matter what you eat … 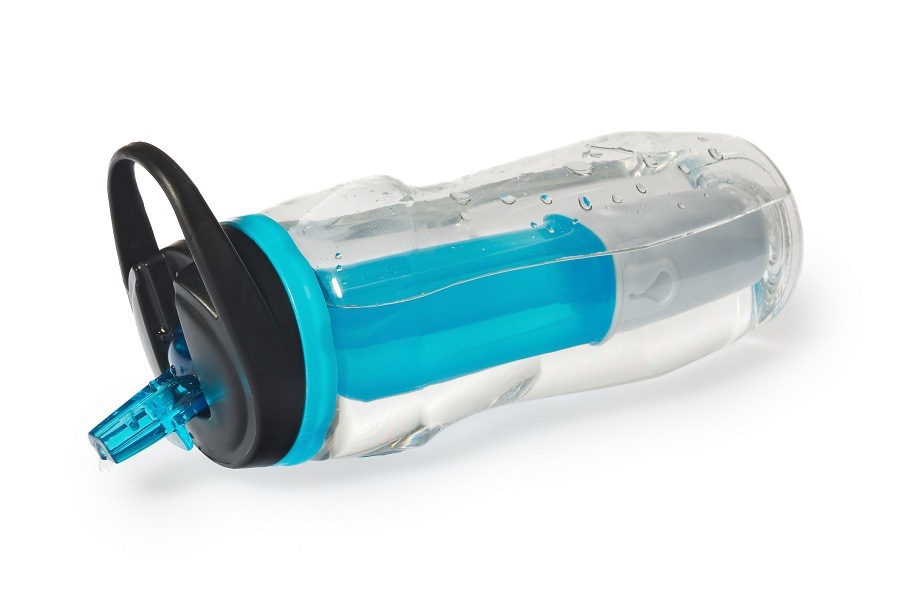 A water bottle will come in handy on a long flight. | photopackpl/Getty Images

Staying hydrated not only helps keep you full, but it can also keep you from getting sick on a flight. Brissette recommends having a refillable bottle you can take on board so you don’t have to rely on the tiny glasses that the staff on the plane gives you.

Next: And if you need something other than water … 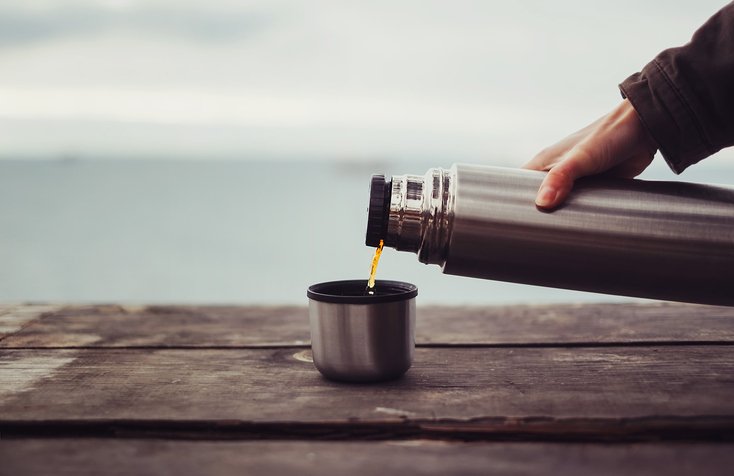 For when you need a pick-me-up and want to avoid drinking too much coffee. (Coffee dehydrates you, and probably won’t be great quality on an airplane anyways.) Instead, stuff a couple tea satchels in your carry-on. “The tea they serve on airlines is atrocious and there never seems to be a good selection, but at least they can usually get the hot water part right,” Gibson says.

Next: Perhaps our biggest key to eating healthier on a plane is …

Go easy on the cocktails 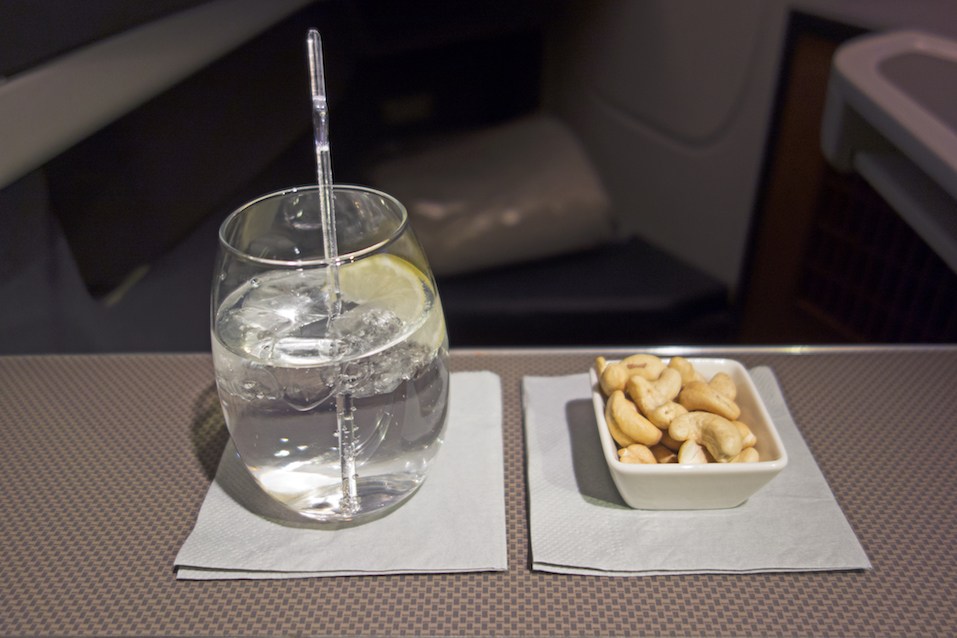 Go easy on the coctails in the air.  | iStock.com/Panmaule

Whether you’re on a quick flight or an international excursion, you should avoid going to town on the complimentary champagne and cocktails you can order from your seat. Alcohol will dehydrate you, and at a faster rate at higher altitudes. Plus, a cocktail buzz is going to give you the munchies and have you reaching for the unhealthy foods you’re trying to avoid!

Next: One way to avoid falling into the booze trap is to …

Try setting a budget for yourself 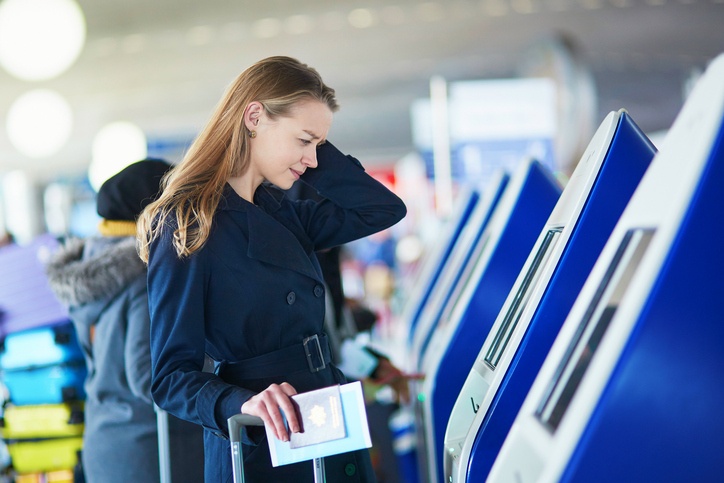 Long story short: Having more money to spend means a greater chance of giving in to unhealthy eats at the airport, and then on the plane.“Many people go into ‘vacation mode’ where they give in to cravings for snack foods, treats, alcoholic beverages and indulgent meals without considering the food’s nutritional attributes,” Susan Macfarlane, a registered dietitian, tells Global News.

Next: This may help your quest for healthier eats … 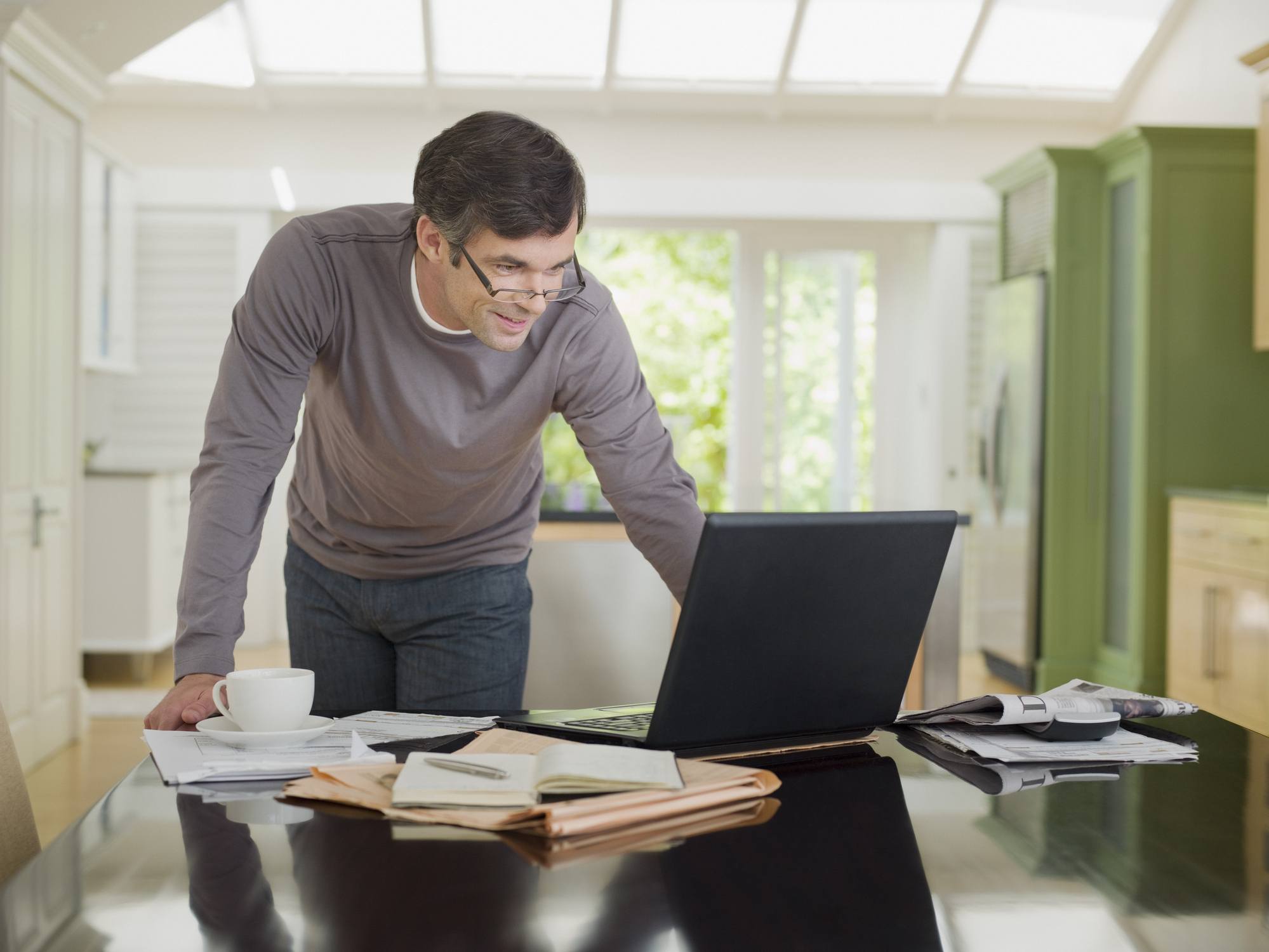 Know what you’re getting into food-wise before getting to the airport. | Chris Ryan/iStock/Getty Images

Yes, this means more pre-flight work. But it can potentially go a long way to helping you find better food options than the run-of-the-mill airplane eats. If that doesn’t work, packing your own snacks is still a viable option.

Next: If you are in fact considering packing your own food … 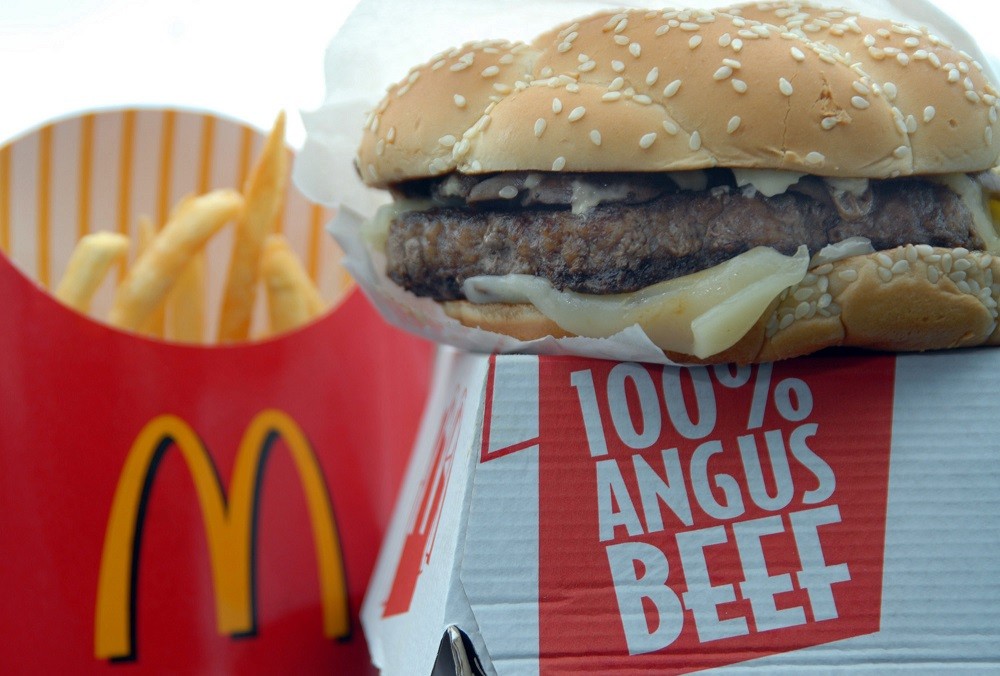 For the sake of other passengers, keep smelly fast food off the plane. | Jamie Rector/Getty Images

This is sort of an obvious tip, but it should be reiterated anyways. If you do take the advice to pack your own food, consider how pungent your eats are. You likely don’t want our fellow fliers to be eyeing you the whole flight because they’re trapped in a plane with the smell of your food.

Next: If nothing else prompts you to eat healthier on your next flight … 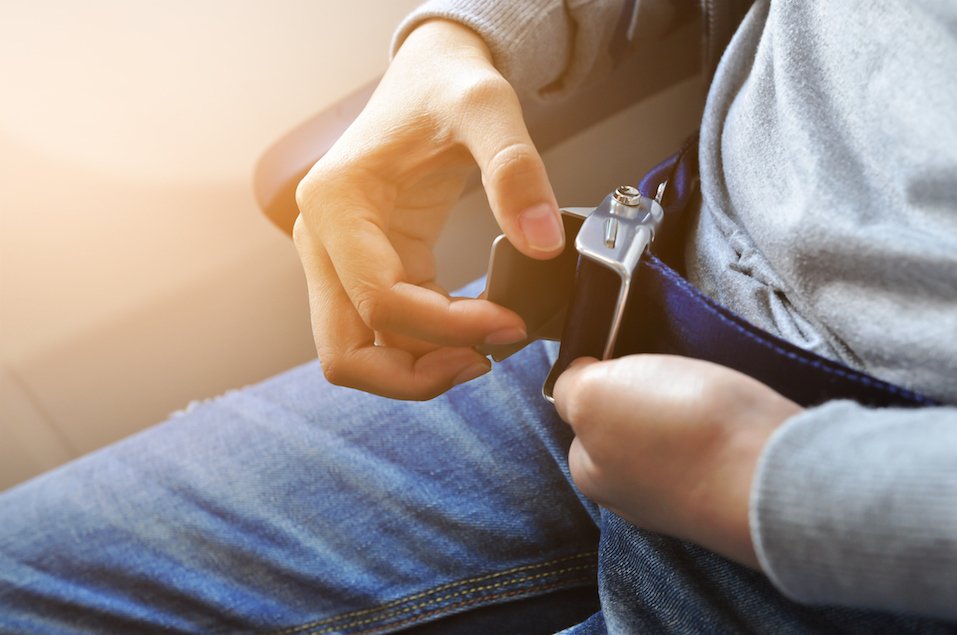 Don’t spend too much time on the plane eating empty calories. | eggeeggjiew/iStock/Getty Images

Keep in mind that sitting on a plane is taking time away from when you could be at the gym or even taking a brisk walk. So if you aren’t going to be burning calories, you probably don’t want to be shoveling excess calories into your face courtesy of unhealthy airplane and airport food.