From Kill Shelter to Palace Life: See How Meghan Markle’s Beagle Is Living a Fairy Tale

Meghan Markle has to be on top of the world after marrying her prince in a fairy tale wedding. However, many good things come with sacrifice — and she’s had to leave behind both her acting career and Bogart, one of her two beloved dogs.

The other lucky pooch, named Guy, was able to cross the Atlantic to stay with the new Duchess of Sussex at Kensington Palace. Here we’ll share the details about Guy’s rags-to-riches story (page 4) and another actress-turned-royal who brought her dogs from America (page 7).

He means the world to Markle

Here’s everything you need to know about the duchess’ dog. | A Dog Dream’s Rescue via Facebook

Markle adopted Guy, a 17-pound purebred rescue beagle, from a shelter in 2015. He lived with her in Toronto, and she referred to both of her dogs as “my boys,” saying they “mean the absolute world” to her. She commonly shared snaps of the two on Instagram before she got engaged to Harry and deleted her account. Photos showed the dogs cuddling up on blankets and sleeping in her bed.

Next: The queen already took him for a royal ride.

How Guy gets on with the queen

Nowadays, life is quite different for Guy. After getting serious with Harry, Markle brought him across the ocean to join her at Kensington Palace. As fellow dog lovers, Markle and the queen have bonded well, reports say. Having the beagle around is likely good for Her Royal Highness, who lost her last remaining corgi in April 2018.

In fact, a beagle looking suspiciously like Guy was photographed in the window of the queen’s Range Rover the day before the royal wedding. The monarch and pooch left Kensington Palace and sped off toward Windsor.

Next: What a dog’s life is like in a palace

Guy’s new life in the palace

If Guy’s life is anything like that of the queen’s dogs, he’s in for a royal treat. The queen pampers her pups, serving them gourmet meals of beef, rabbit, steak, and chicken. They dine from silver and porcelain dishes. They enjoy their own room in Buckingham Palace and are taken for walks by royal footmen or the queen herself.

Her Royal Highness also spoils the pets rotten at Christmas, giving them handmade stockings packed with delicacies like cookies, crackers, and non-squeaking toys.

He has a rags-to-riches story 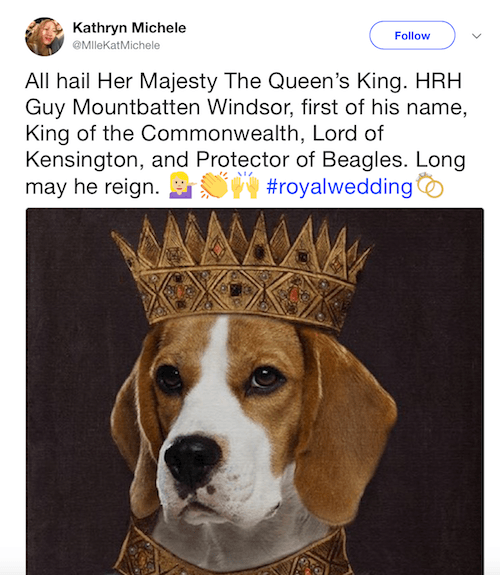 The dog had a second chance at life. | Kathryn Michele via Twitter

Things weren’t always so rosy for Guy. Markle adopted him after he was rescued from a kill shelter. He had been found living alone in the woods of Kentucky. Luckily for him, however, a group of charitable Canadians took him in before he could be euthanized. Soon later, Markle met Guy at a Toronto adoption event.

“How is that for a rags to riches story from a good ole Kentucky Beagle!” A Dog’s Dream Rescue commented when Markle became engaged to Prince Harry.

Next: Guy’s story has inspired others. 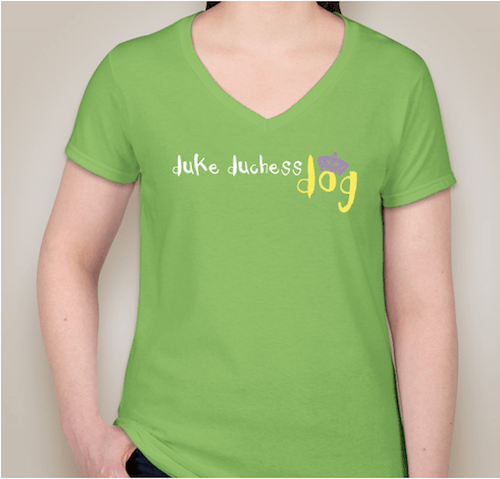 Guy’s newfound fame has inspired some charitable efforts benefitting the shelter he came from. Lexington, Kentucky resident Cindy Rullman worked with the Montgomery County Animal Shelter to raise funds by selling T-shirts. Emblazoned with “duke duchess dog,” they sell for $27 in a variety of colors. All proceeds go to the shelter.

“When I saw Meghan Markle’s dog had originated in Kentucky, made his way north and ended up in this posh situation, I really wanted to help more of those animals stand a better chance of getting adopted,” Rullman said.

Next: What about Markle’s other dog?

The dog left behind

Meghan Markle entrusted her other dog to friends in Toronto. | Chris Jackson/Getty Images

Bogart, Markle’s first pet, didn’t make the move overseas. He may have run into some issues with travel paperwork. A Kensington Palace spokesman said, “It takes a toll on an animal to travel so far across Atlantic combined with the hard, long process of getting approval.”

The Labrador-shepherd mix was reportedly too old to go through the move. Not only would he face up to four months in quarantine, but he would also need to fly in the plane’s cargo hold, which can be dangerous. Markle left him behind with friends in Toronto.

Next: Another American actress-turned-royal who was a dog lover 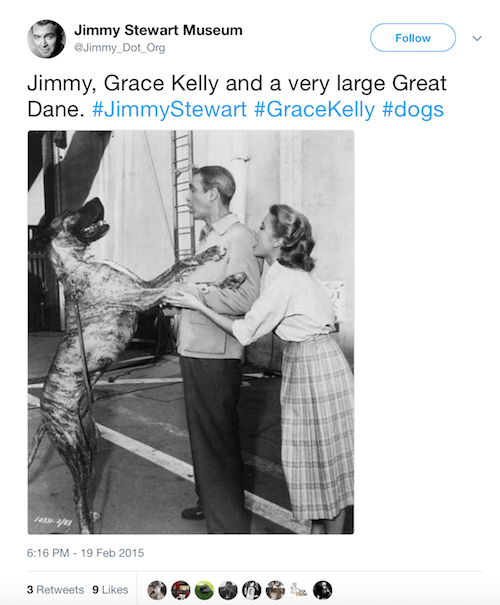 Grace Kelly also brought her dog along when she married into royalty. | Jimmy Stewart Museum

Markle isn’t the first royal bride who brought her dog over from North America. When American movie star Grace Kelly married Prince Rainier III in 1956, she brought her Weimaraner, Great Dane, and poodle along with her. They boarded ocean liner SS Constitution for an eight-day voyage across the Atlantic Ocean. In addition to her dogs, Kelly brought 80 pieces of luggage.