Silent Killers: Get These Toxic Foods out of Your Diet ASAP

It’s never been easier to live a healthy lifestyle. While there is still some controversy over certain foods and diets, by now we know that choosing whole foods over processed food and eating plenty of produce will help you fend off diseases and live longer. But the more we learn about how our bodies process foods and the dangerous chemicals that lurk in some of our snacks, the easier it is to eliminate toxic things from our diet.

Let’s take a quick look at finding your balance, and then the eight types of toxic food you should get out of your diet now (No. 6 was once considered a healthy alternative).

It’s easy to become obsessive when we’re dieting or trying to take charge of our wellness. And while clean eating is a wonderful habit to develop, it’s important to not take it too far. If you try to permanently eliminate entire food groups from your diet or find yourself avoiding social situations so you don’t eat “bad” foods, you could end up missing important events, or worse, giving up entirely and binge eating.

That being said, there are a few foods so devoid of nutrition that avoiding them as best you can will be very beneficial to your health.

Next: This pre-made drink is loaded with sugar and other ingredients you can’t pronounce.

Make your own protein shakes at home. | Moussa81/iStock/Getty Images

You’ve probably grabbed a protein shake off the grocery store shelf a time or two, thinking you were making a healthy choice. But the vast majority of pre-made protein drinks are loaded with sugar and other ingredients you don’t want anywhere near your body. If you love protein shakes, make them at home so you can control what goes in them.

Next: This is so low in nutrients it makes your blood sugar spike!

Even if your body can tolerate gluten, white bread is so heavily processed that it isn’t doing your body any favors. Most white breads are made from refined wheat, which is low in nutrients and causes spikes in blood sugar. If you love bread, stick to healthy whole grain varieties like Ezekiel bread.

Next: Microwavable popcorn can be downright dangerous.

If you love popcorn, consider investing in an air popper. | Kitzcorner/ iStock/Getty Images Plus

If you keep a few packets of microwavable popcorn on hand as a healthy late night snack, you’re not alone. But study after study has shown that microwave popcorn can be downright dangerous, not to mention detrimental to our health. The main problem is that the bags are coated with chemicals like perfluoroalkyls, perfluorooctanoic acid, and perfluorooctane sulfonate, which are used to line the popcorn bags but are terrible for our bodies.

Fear not: Popcorn is still a tasty and smart snack. Just pop your own the old-fashioned way whenever possible.

Next: A so-called nectar that isn’t nectar at all.

This food is still pretty controversial — agave is touted as a health food. But agave “nectar” isn’t actually a nectar at all, it’s highly processed much like high-fructose corn syrup. Liver inflammation, insulin resistance, and mineral depletion are a few side effects of too much agave, so your best bet is to avoid it entirely.

Next: This drink should never replace healthy food. 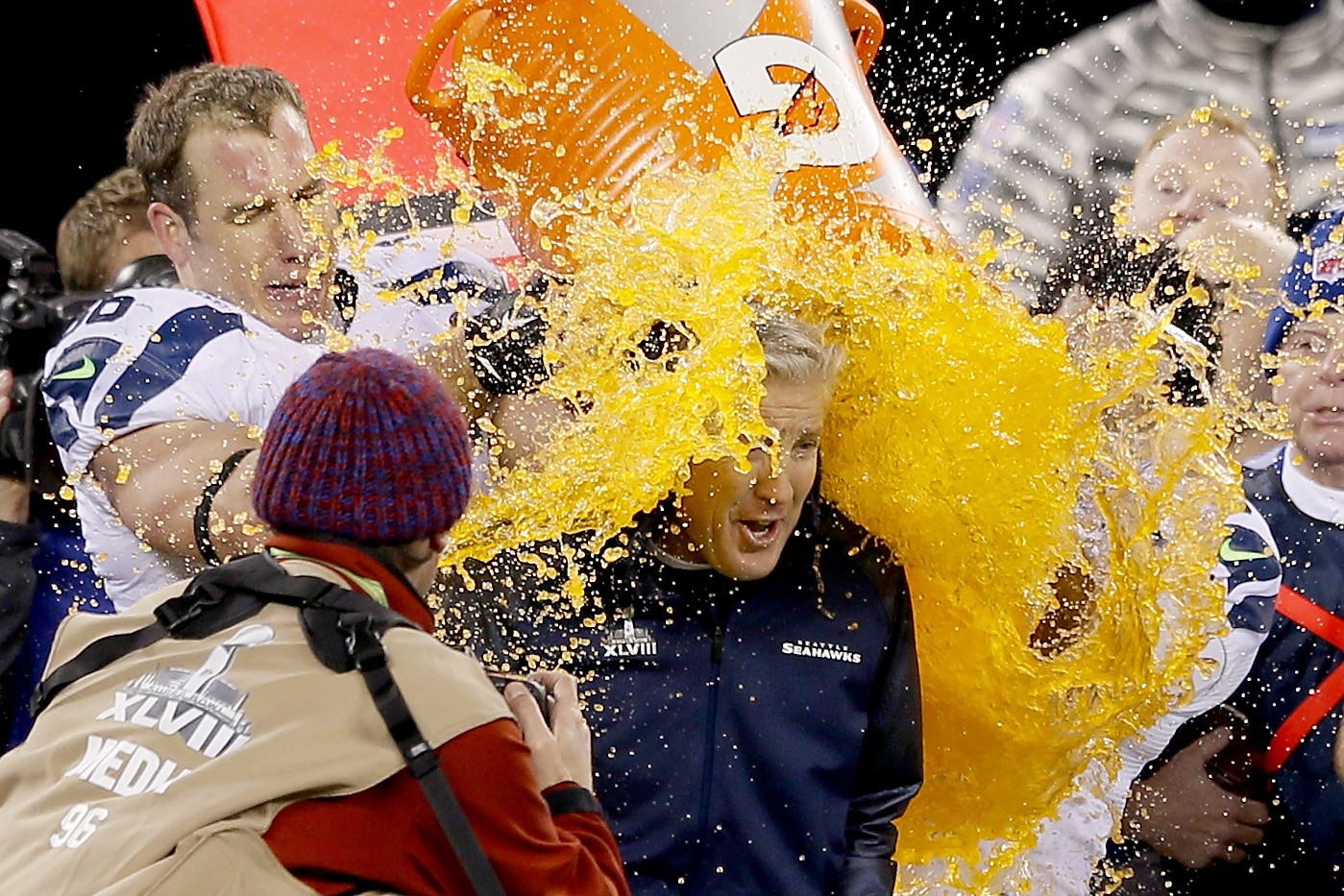 A study by the University of Tennessee College of Dentistry found that after Red Bull, Gatorade was the most harmful drink for your teeth, topping Coca-Cola. A 20-ounce bottle of Gatorade has 34 grams of sugar, and worse yet, the G2 variety is packed with artificial sweeteners to keep it low in calories.

Energy drinks like Red Bull, Monster, 5-Hour ENERGY, and Rockstar get their energy-jolting reputation from controversial supplements like taurine, ginseng, and guarana. The scary-high caffeine and sugar content, when consumed regularly, is known to impact mental health, cardiovascular health, and sleep. One lab test done by Forbes found that a tiny bottle of 5-Hour ENERGY has anywhere from 150 to 210 grams of caffeine. Most energy drinks contain around 30 grams of sugar per serving.

Next: A food that used to be considered healthy.

Your margarine isn’t as natural as you think. | Gemredding/iStock/Getty Images

There was a time when margarine was considered a healthy alternative to butter. It’s safe to say that those days are behind us. Margarine is a highly processed “pseudo food” that is designed to look and taste like butter, but it’s packed with artificial ingredients and industrial oil. Use real butter from grass-fed cows instead — or, if you’re vegan, make your own dairy-free butter so you know exactly what’s in it.

Next: Please tell us you don’t have these in your freezer. 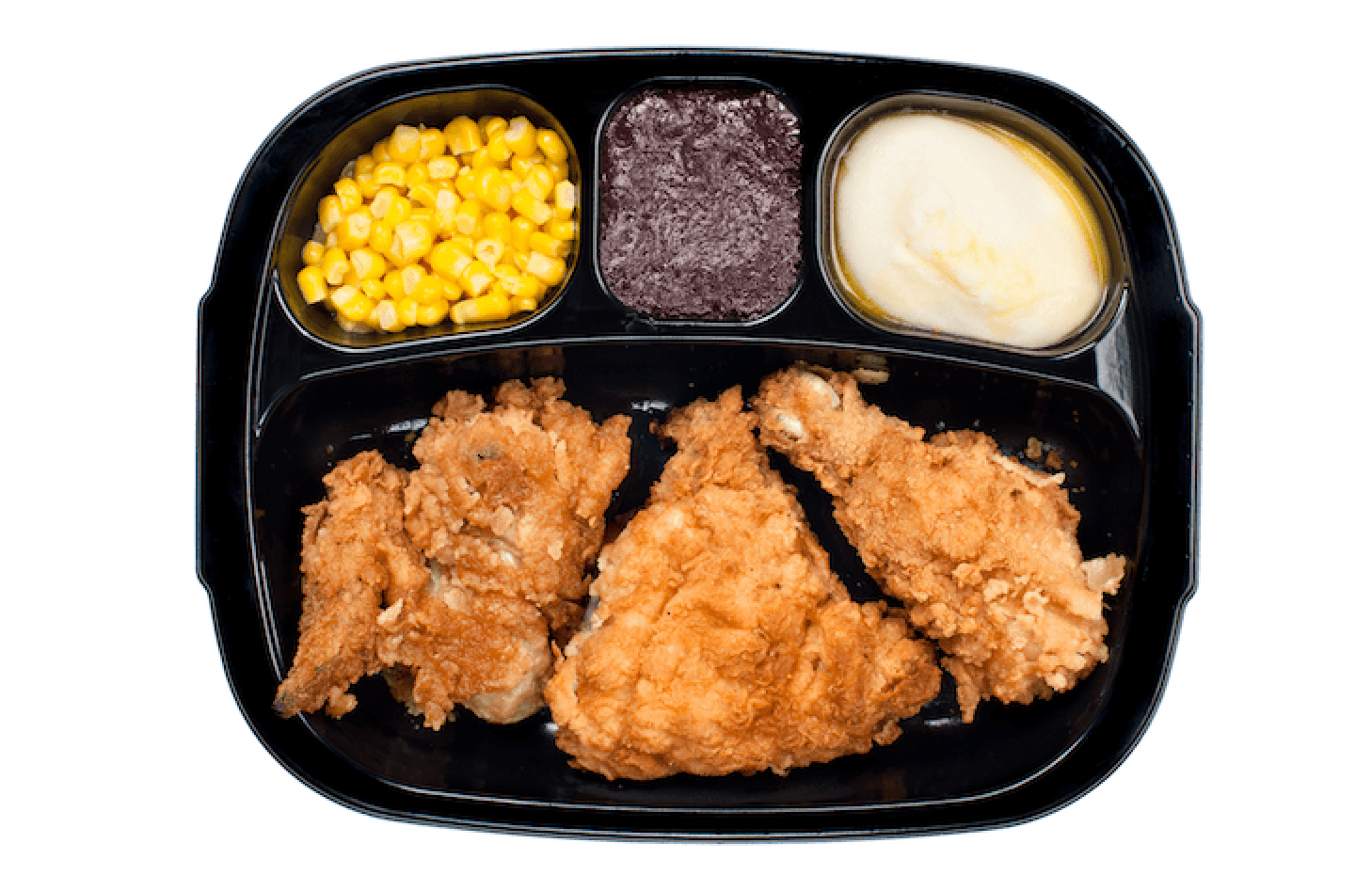 Frozen dinners might be easy to make, but can be loaded with sodium. | Joe Belanger/ iStock / Getty Images Plus

Rene Ficek, registered dietitian and lead nutrition expert at Seattle Sutton’s Healthy Eating, reminded us that these easy options are far more convenient than they are healthy. “The meals are often heavily processed and filled with fat and salt,” Ficek said. “Frozen fruits and veggies are a much healthier option, as long as you look for options without added sauces or salt. The unhealthy fat can increase cholesterol levels, while the high sodium content can increase blood pressure – a double whammy for heart health.”

Next: You can enjoy these guilt free, just don’t have too much.

When you do enjoy pizza, eat it without the guilt. | Bhofack2/iStock/Getty Images

Remember, balance is key. Part of being healthy is allowing yourself a little wiggle room every now and then. Traditionally “bad” foods like fries, pizza, pastries, and other sugary treats should be eaten sparingly — but when you do eat them, enjoy them guilt-free. Allowing yourself some occasional splurges will help you stay on track, and it’s good for your mental health as well.