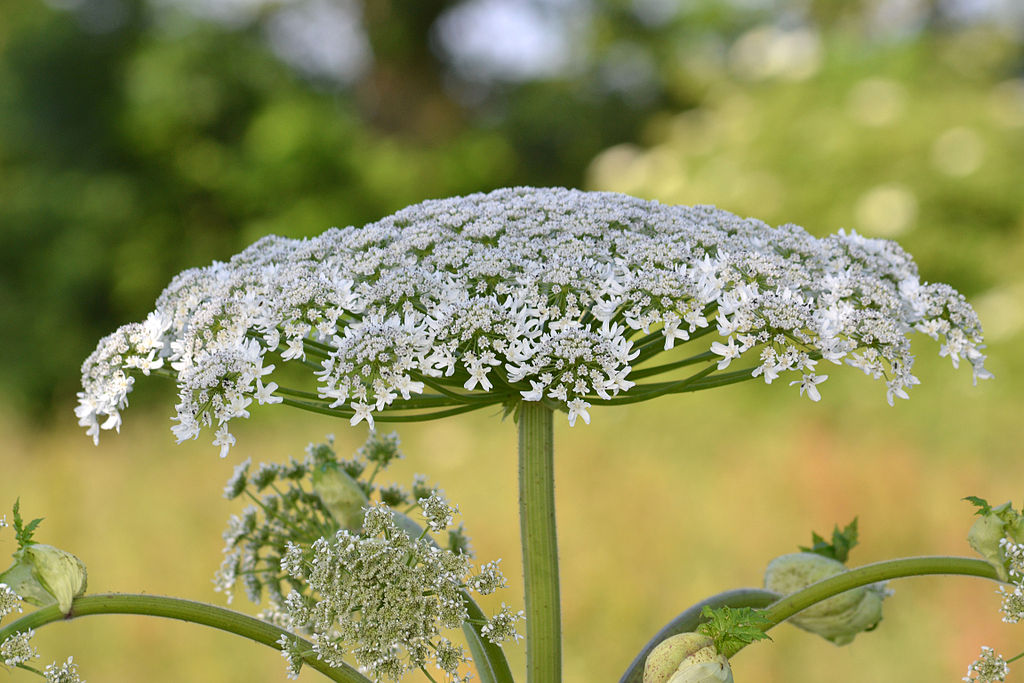 If someone told you there was a plant that made poison ivy look like a walk in the park, you’d be nervous. But the truth is, it exists. It’s called the giant hogweed, and it’s extremely dangerous — and becoming more prevalent around the United States.

The plant is commonly found in New York state

The giant hogweed is commonly found in New York state, and shows up every year. The state has spent millions of dollars trying to get rid of it. They send out workers dressed in Tyvek jumpsuits, goggles, and gloves to tackle the massive weed each summer. (The plants can grow to be more than 14 feet tall.) But the dangerous plant, which is actually a member of the carrot family, has now been discovered growing in other states.

Pennsylvania and Virginia have both spotted the hogweed this year

With summer around the corner, the last thing states want is anything that might reduce tourism. But for both Pennsylvania and Virginia, the hogweed sightings cannot be ignored. Environmental experts have urged people to stay far away from the plant. But for one man, that isn’t so easy — it is literally growing in his yard. Robert Emma of Berryville, Virginia, noticed the noxious, invasive plant was growing along the side of his house. “If you saw this, you would think, ‘I’m not going to touch that,’” he told The Washington Post.

An agriculturalist snagged a piece of Emma’s suspicious plant (wearing protective gear, of course), and confirmed that it was the giant hogweed. And with three states now affected by the plant, it’s possible there are other states unknowingly growing it as well. Plus, just weeks before Emma’s discovery, the plant was spotted in Frederick County, Virginia, by a Department of Transportation worker. The Virginia Department of Transportation urges people to get a professional’s help and not to tackle the weed themselves if they spot it. Its damage to the body can be serious.

The weed can cause severe blistering and blindness

The jumpsuits, gloves, and goggles are completely necessary to take on the dangerous plant. That’s because its sap can cause serious burns and even blindness. If the sap makes contact with the skin, severe blisters can form, which can make the skin extremely sensitive to light and cause scarring. Plus, after the blisters heal, skin can remain very sensitive to light for years. If the sap gets in the eyes, it can lead to blindness.

It’s extremely important to keep the plant contained to make sure it doesn’t begin growing widespread throughout the states. According to The Washington Post, each plant can have up to 20,000 seeds. The seeds are easily spread by wind or can accidentally be transported in soil. But environmentalists don’t expect a serious growth problem to rise from the few plants they’ve spotted. Still, some jurisdictions have released statements about the plant to warn the public what it looks like and the potential damage it can do. For now, only three states hold the giant hogweed, but with more and more people becoming aware, it’s possible that more growth can be discovered.