Here’s What Adrenaline Actually Does to Your Body

Adrenaline is a powerful hormone | iStock.com/gregepperson

When you think of adrenaline, you’re likely flooded with images of awe-worthy stunts and death-defying acts with serious consequences. Like a man leaping off a cliff in nothing but a base-jumping wingsuit. Or a mother, who’s suddenly gained the strength to rip open a totaled car’s door to rescue her child after an accident. Yes, these are all certainly fair game in the land of adrenaline-fueled behavior, but adrenaline plays a bigger role in your everyday life than you may think.

Adrenaline, or epinephrine, is a hormone and neurotransmitter humans have adapted over time as a way to cope with high-intensity situations. When adrenaline is released into the bloodstream, your brain and muscles receive an onset of oxygen and glucose. And now that your body’s blood vessels and air passages have widened, Men’s Health UK says, the body can supply more blood to the muscles and more oxygen to the lungs, helping to increase physical performance. 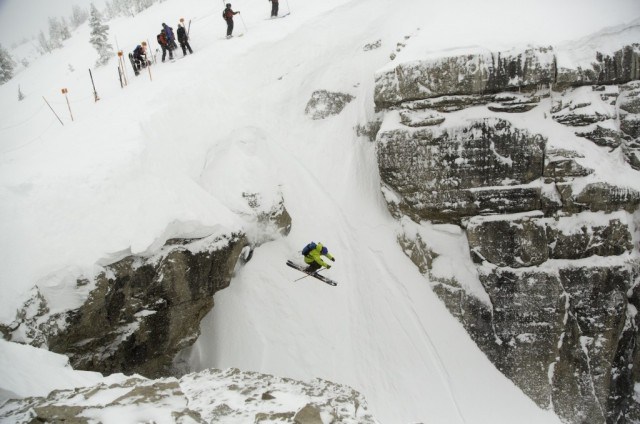 Think of adrenaline in terms of a fight or flight reaction, which is part of the sympathetic nervous system. When a person finds himself or herself in a moment of distress, the body naturally produces the hormone, which is released from the adrenal glands into the bloodstream. When this happens, your body is preparing for action. Just think about how jacked up you get right before you drop a huge ski line, or if you’ve crashed on your road bike and need to quickly get out of the way of traffic. By way of adrenaline, your body is giving you the ability to do what needs to.

Your body enters the fight or flight mode in response to a stressful situation, meaning adrenaline isn’t necessarily what enables you to jump out of the way of a speeding vehicle. Rather, it’s released immediately after you’ve already physically moved. It can also kick in before an action has taken place, like in the ski example. The stress of the situation has already presented itself, so your body has entered fight or flight mode just by staring down the steep line alone.

Adrenaline in your daily life

Adrenaline is a real part of everyday life | iStock.com

Adrenaline’s role on a day-to-day basis is no different than in that of action sports or intense situations. The Huffington Post provides a pretty perfect example, describing a scenario where you unexpectedly get a late-night email from your boss and “your body reacts like there’s a lion on the loose.” You may not be throwing yourself out of airplanes or doing 50 mph downhill on your bike, but everyone can relate to this. Adrenaline doesn’t need to come in hefty doses of epic proportion.

Furthermore, thanks to the wonderful world of modern medicine, epinephrine has been harnessed into potentially life-saving medical devices. Among its most common uses, the hormone can treat severe asthma attacks and allergic reactions. Think of how an EpiPen works. Someone has a reaction to say, peanuts, and before you know it, they’re being stabbed with an EpiPen. Well, lucky for them, the rush of adrenaline is all they need to avoid the harmful consequences of a particular allergy.

The human body is a powerful instrument, so it’s no surprise adrenaline works in response to situations that require you to perform. Even if you’re not a self-proclaimed adrenaline junkie, the hormone’s pumping through your body more than yo realize.