Ivanka Trump fans have taken things a bit far — so far, in fact, that they’ll go under the knife to look like the 36-year-old businesswoman. For these women, shopping Ivanka’s clothing line and visiting Trump Towers just won’t cut it.

Ivanka’s features have sparked a fairly recent plastic surgery trend that has surgeons and the media alike taking notice. In fact, there’s only one celebrity whose features are arguably more sought-after (page 6). Here’s everything you need to know about the thousand-dollar trend that the first daughter inspired.

New York plastic surgeon Norman Rowe noted that since the 2016 Republic primaries, he’s seen an influx of patients request to look like Ivanka Trump. “I never saw [anyone drawing inspiration from Ivanka’s face] before the primary,” said Dr. Rowe, “since the summer of ’16 . . . [it’s been] maybe four a month; one a week.”

Since the summer of 2016, nearly 50 clients have asked Dr. Rowe to give them the Ivanka look. Rowe has a theory on what draws his clients to Ivanka’s elegant features. “Maybe they just like the look, but also that [Ivanka’s] a powerful woman, self-confident, part of the first family. Do they want to be her? Yes, deep down, maybe.”

Next: Party lines are irrelevant on this matter

2. Both Democrats and Republicans want to look like the first daughter

Jenny Stuart has undergone many procedures to mimic the look of Ivanka Trump. | ABC via YouTube

Political affiliation seems to have little influence when it comes to plastic surgery. While New Yorkers notoriously vote blue, that doesn’t stop them from going for Ivanka’s look. “I don’t think it plays a role in the least,” Dr. Rowe said. “I think it has to do with somebody who you respect the way they look, and I don’t think it’s anything to do with whether you’re blue or red.”

Jenny Stuart, an IT headhunter in Texas, admitted to the irony behind her $30,000 Ivanka transformation. “… I’ve spent all this time and money to try and look like Ivanka, who I still adore … but I don’t associate her with father,” Stuart told ABC’s Nightline, “… so I voted for Hillary.”

Next: You won’t believe how long it took one person to look like Ivanka.

3. It took this woman 13 surgeries to get her look 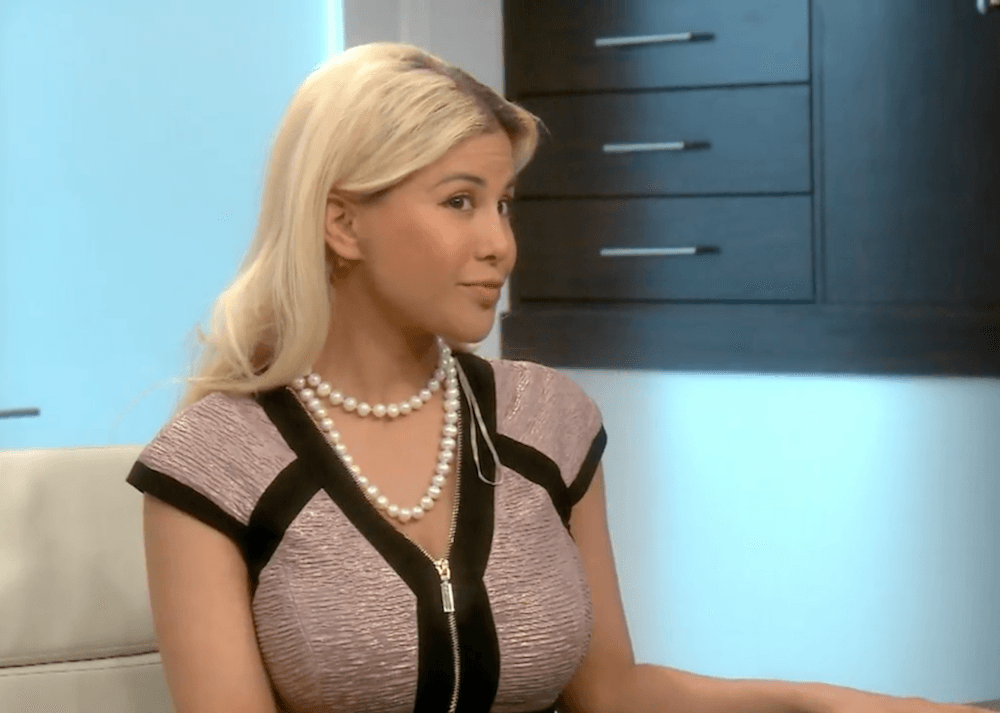 Many women are spending boatloads of money to look just like the First Daughter. | E Online

The procedures can include Botox, cheek implants, and rhinoplasty, the medical term for a nose job. To achieve what Dr. Rowe calls the “Permanent Ivanka,” patients will likely need all three. Botched patient Tiffany Taylor had 13 surgeries in one year before appearing on the show and asking the doctors to make her look more like her idol.

Next: It costs thousands to look like the millionaire.

Left: Tiffany Taylor has undergone many surgeries and procedures to imitate the look of Ivanka Trump. | ABC via YouTube, Right: Ivanka Trump smiling brightly at an event. | Sean Gallup/Getty Images

Taylor told ABC’s Nightline that she’d already had breast augmentation, a nose job, cheek injections, a “mini” eye lift, liposuction, and fat grafts added to her cheeks and planned to continue her surgeries. She had spent around $60,000 by the time she talked with Nightline.

Next: There are tons of health risks associated with the surgeries.

5. Some people risked everything just to get the surgery

While these women had fairly successful Ivanka transformations (we — sort of — see the resemblance), going under the knife isn’t something to take likely. There are plenty of health risks associated with plastic surgeries including hematomas, nerve damage, and infection.

Surgical procedures like breast augmentation commonly lead to numbness, which can be a sign of nerve damage. Fifteen percent of women permanently lose nipple sensation. While relatively uncommon, you still face the risk of developing a pulmonary embolism, or blood clot, which can be fatal.

Next: The only celebrity with a more popular face than Ivanka

6. Kylie Jenner is the only celebrity face more popular than Ivanka’s

Dr. Simon Ourian, who performed Kylie Jenner’s lip implants, told Entertainment Tonight that most people request her lips when they’re looking to get something done. Jenner’s pout sparked the “Kylie Jenner lip challenge,” where people suctioned their lips to create a swollen, heavier lip look. Dr. Ourian warned against the challenge, saying, ” It could cause infections. It could cause bleeding. It could cause bruising that could be permanent.”

Next: The Ivanka Trump surgery trend didn’t extend to her father.

Men are not doing the same with her father. | Mario Tama/Getty Images

According to Vanity Fair, In 1990, Ivana Trump said under oath that Donald flew into a fit of rage due to the pain from a scalp reduction surgery he’d had performed in 1989. The surgery was intended to correct balding. While our current president has allegedly gone under the knife, he doesn’t have many people vying for his look.

Dr. Rowe confirmed this, saying, “No, I’ve never had anybody come in and say, ‘Make me into a Donald!'”