Princess Diana’s engagement ring has been at the center of attention for decades. It first sparked controversy when Diana revealed where it had been purchased from: a catalog. At 19 years old, she broke royal protocol by choosing her own white gold, 12-carat sapphire ring, which is surrounded by 14 solitaire diamonds. It caught her eye in the Garrard jewelry catalog — and the rest is history. 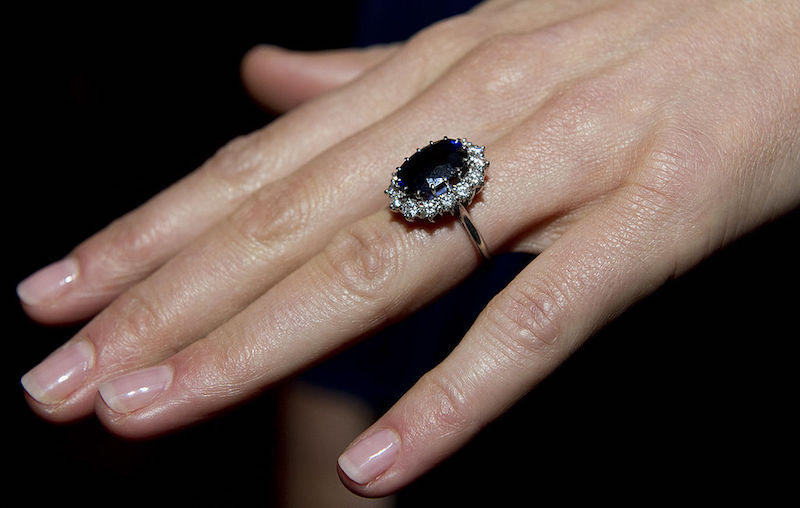 Her tumultuous marriage to Prince Charles

But now, it’s been revealed why Diana chose to continue wearing the ring for years after her separation. For some background, she and Prince Charles separated in 1992, after what can only be described as a tumultuous marriage. Both admitted to cheating over the years after walking down the aisle in 1981, and eventually, they couldn’t take it anymore. Charles famously had an affair with Camilla Parker Bowles, who he eventually married in 2005.

Even Diana knew about their relationship, and she confronted the then-mistress. Diana said to Bowles, “I know what’s going on between you and Charles, and I just want you to know that.” She even once passive-aggressively noted, “Well, there were three of us in this marriage. So it was a bit crowded.”

Queen Elizabeth actually ordered their divorce, as one of Diana’s former butlers revealed in August 2017. They were already separated for four years by the time Diana received an icy hand-written letter from the queen herself, which demanded that they make their split final in 1996. Diana reportedly fought to keep her royal title amid the divorce. However, she ended up losing it shortly before her tragic death in 1997.

Why she kept wearing the rings

Despite the fact that Diana and Charles had a far-from-loving marriage, she continued wearing her engagement and wedding rings after their 1992 separation. Only once she and Charles officially divorced did she remove the rings once and for all.

According to Marie Claire, the reason why she kept wearing her rings was “out of respect for her sons.” As Prince Harry and Prince William were only 9 and 10 at the time of the split, respectively, she wanted to keep things as normal as possible. “She even wore them to a visit at Eton college with the boys after the Decree Nisi was finalized, as she knew she would be photographed,” Marie Claire noted.

Diana did, however, remove them just two days later for a London film premiere. She wasn’t trying to hide it, either, as she was wearing attention-grabbing red nail polish. 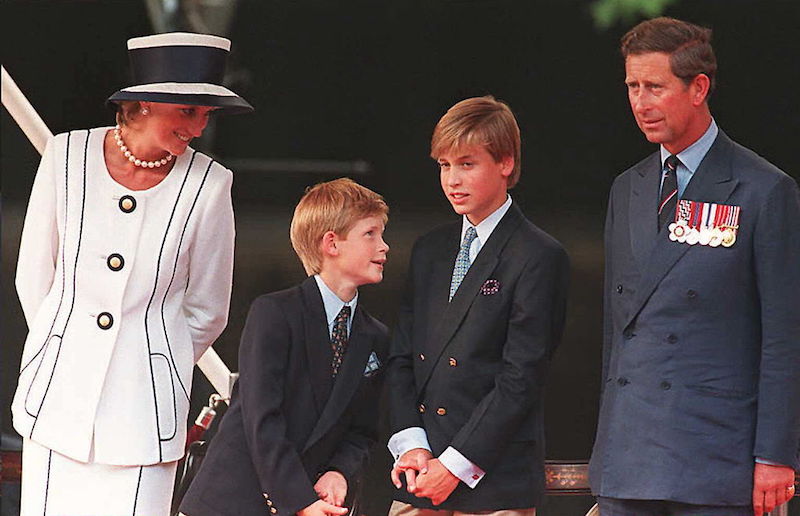 Diana’s legacy has been passed down through her ring

Diana’s ring stayed in the family, even after her death. Now, Kate Middleton honors Diana’s legacy by wearing her engagement ring herself. William proposed to Middleton with the stunning sapphire in 2010, and it’s been on her finger since.

Surprisingly, the ring wasn’t passed down to William. It was actually given to Harry, but since he described Middleton “like a sister,” he decided to let William do the honors with the ring. Luckily, Harry still managed to find a way to propose to Meghan Markle in a way that would pass down Diana’s legacy.

He had a gorgeous three-stone ring custom-made for Markle, which included diamonds that were once his mother’s. According to Fortune, “The center stone is from Botswana, a country where the couple has spent some time together. That diamond is flanked by two diamonds from Princess Diana’s personal collection.”