From CrossFit to SoulCycle to Pure Barre, fitness trends have swept the nation as phenomenons guaranteed to change lives, but they don’t come totally risk-free, either. Whether you’re overexerting yourself or attempting a move you have no business trying in the first place, all workouts carry some risk of injury. So, don’t let the overwhelming popularity of trendy workouts cloud your good judgment. When you need to listen to your body and its limits, wipe the sweat from your eyes and do just that. Here are the hidden dangers behind three popular fitness trends.

1. CrossFit: shoulder and lower back injuries 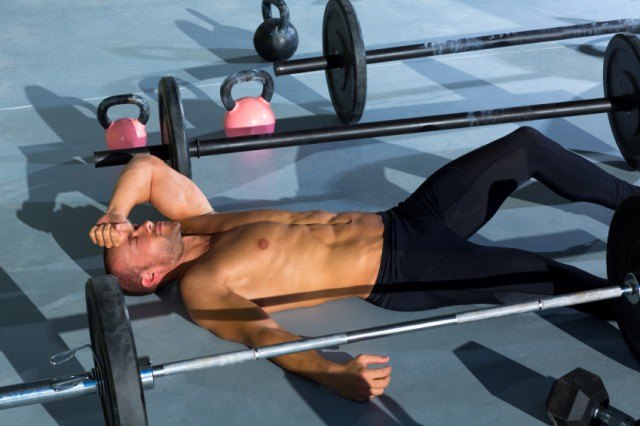 Exhausted man lying on the ground after a brutal CrossFit workout | iStock.com

Everyone knows CrossFit to be the hardcore, old-school style of high-intensity training. But regardless of how many sweatband-wearing, Reebok-clad gym-goers remain loyal to the brand, CrossFit has its dangers as well. With all that heavy lifting, high jumping, and pushing the limits, it’s no surprise CrossFit puts many at risk for injuries.

2. SoulCycle: more of a theatrical performance, less of a safe workout

As an uber trendy phenomenon, SoulCycle attracts its loyal tribe with sweat-producing, inspiration-instilling, heart-thumping indoor cycling classes. These sessions, though, can tend more toward carefully choreographed routines. (If you’ve ever seen Netflix’s Unbreakable Kimmy Schmidt, think back to the hilarious spoof in which Nick Kroll plays an overzealous hack of an instructor.)

There are several issues with SoulCycle, according to James S. Fell of the Los Angeles Times, and one of the main causes for concern is that working your upper body while pedaling a stationary bike can be counterproductive, as well as physically detrimental over time. It also seems a tad silly that neither one of the co-founders, Julie Rice and Elizabeth Cutler, is actually a certified cycling instructor. Rice told the Times, “Every class is a mini production. People with a theatrical background can bring value to that production.” Sounds just a tad suspicious, wouldn’t you say?

Loyal Pure Barre fans know just how hip this workout is. As a nationwide franchise targeting every woman from former dancer to stay-at-home mom looking to change up her fitness routine, Pure Barre has done a stellar job of telling women what they want to hear. The teachers make you feel as though you’ll return to your glory days, and they suck you in with high prices, repetitive routines, and an exclusive environment. But you may not walk away with the ballerina bod you desire.

Because the classes are so structured and all revolve around the same moves (with only minor tweaks and adjustments), there’s a serious threat of boredom. Additionally, Bustle says your body could get too used to the classes before you see any real change. Because muscle memory happens fast, it’s quite possible you’ll reach a plateau after a few classes of going through the same motions. So, ballerina, beware.