Want to know how to get rid of bloat and lose water weight? For starters, you might want to take a closer look at your diet. We aren’t talking about fattening foods — though, avoiding those can help — we’re talking about high sodium foods that make you retain water.

Discover some of the biggest culprits, ahead. 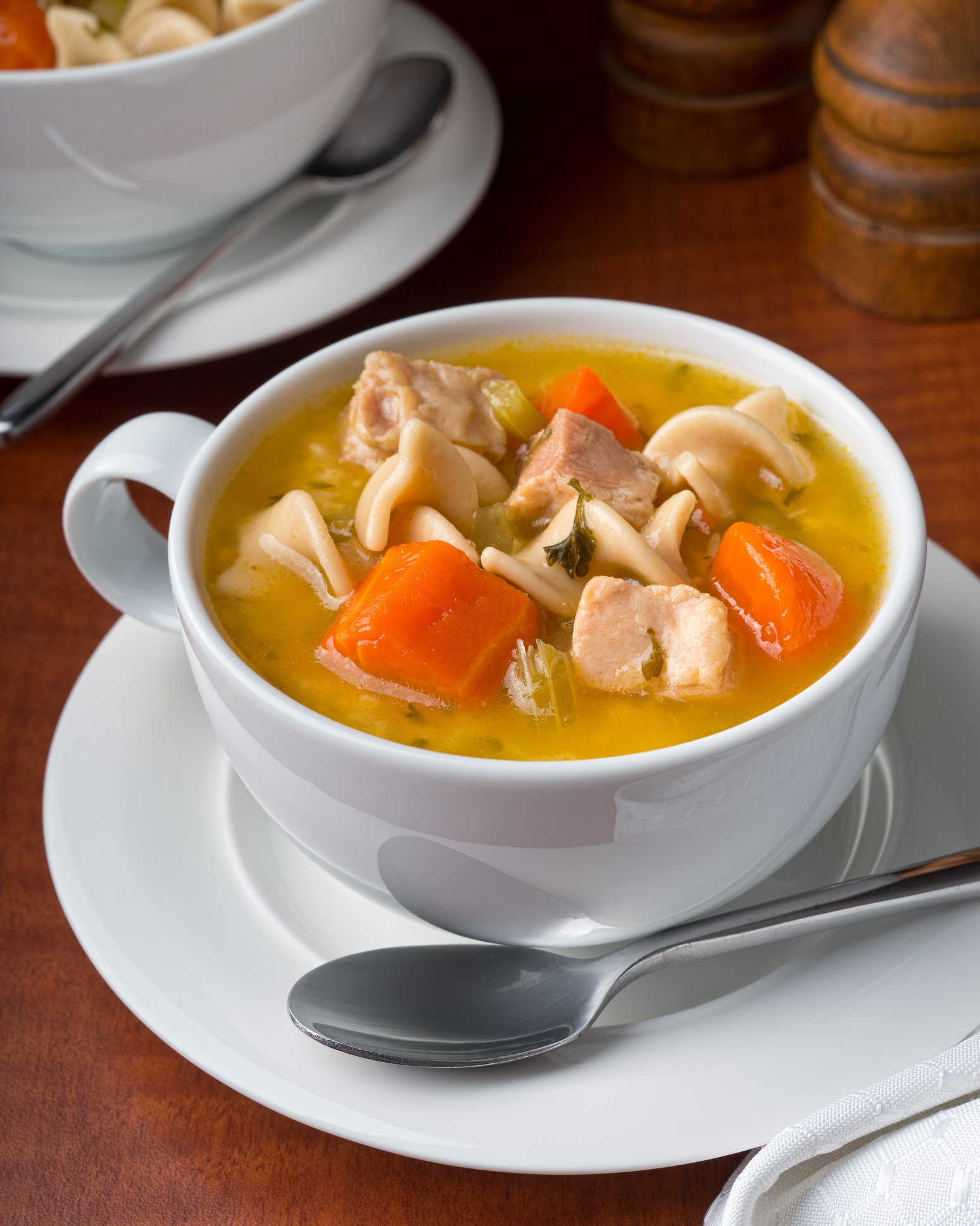 Albeit convenient, frozen meals such as microwaveable dinners can cause water retention. Thanks to high levels of sodium, these easy-to-make meals might end up causing discomfort caused by bloating.

Soup might make for a light meal, but that doesn’t mean it won’t cause water retention — this is especially true in canned soups. Instead of reaching for a can of Campbell’s, whip up a homemade, low-sodium soup recipe.

Unfortunately, processed and preserved meats are another type of foods that make you retain water. Thanks to astronomically high traces of sodium, items like sliced ham and hot dogs can quickly lead to water weight gain.

Believe it or not, store-bought pasta sauce is also known for causing water weight gain. If you must use pasta sauce, consider making your own at home. It’s a lot easier than you think and often a lot more flavorful, too.

When it comes to water retention, processed foods like breakfast cereal aren’t your friend. In fact, these types of foods are responsible for most of our daily sodium intake — which is already six times more than what the body needs. Avoiding Lucky Charms, Cheerios, and other breakfast cereals can help keep bloating at bay.

We hate to break it to you, but most vegetable juices can also cause bloating. When it comes to vegetable juice, it’s important to read the label as many contain high traces of sodium and other bloat-causing factors. Because of this, many recommend juicing veggies at home. You’ll get that same great flavor with a fraction of the sodium.

Tortillas are also guilty of water retention. In fact, a lot of bread products are higher in sodium than you think. Before purchasing tortillas, hamburger buns, and other types of bread be sure to read the label, so you know what you’re getting into.

Dairy products can provide a host of beneficial nutrients, including vitamin D and calcium. That said, not all dairy should be considered equal. Processed cheese such as Kraft singles is high in sodium and, as a result, could make you retain water.

Salty snacks such as potato chips are also a big no-no when it comes to foods that make you retain water. Because it’s considered a high sodium food, potato chips can often result in bloating, water weight gain, and more.

Pretzels are often regarded as healthier snack choices, but in reality, they’re no better than a bag of chips. Thanks to the salt and bread base, pretzels often have high sodium levels and can cause water retention and bloat.