Horror Stories About People Who Died Tragic Deaths While on Vacation

Most vacation-goers anticipate travel conflicts, a potentially inconvenient living situation, or perhaps a stomach bug from the all-you-can-eat buffet. However, these trips resulted in a significantly worse turn of events.

These horror stories chronicle multiple tragic deaths. These people unexpectedly lost their lives during what they thought would be the time of their lives.

Their honeymoon ended up in tragedy. | Vacclav/iStock/Getty Images

Newlyweds Michael Abel and Nicole Bevilacqua Abel embarked on their honeymoon in Hawaii to celebrate their recent nuptials. The two, along with Canadian couple Stuart Robertson and Eva Birgitta Wannersjo, took a sightseeing tour of West Maui and Molokai in an EC-130 Eurocopter.

The four passengers and pilot Nathan Cline died in a crash near Kilohana Elementary School when the helicopter went up in flames. The National Transportation Safety Board determined the pilot flew too close to the mountains in inclement weather which probably led to the fatal incident.

Next: Authorities still speculate about this death at an all-inclusive resort.

These siblings were allegedly drugged while enjoying a day at a pool. | ABC News via YouTube

Abbey and Austin Conner were on an all-inclusive vacation in Playa del Carmen with their mother, Ginny McGowan, and step-father, John McGowan. The McGowans planned to meet the kids in the lobby for dinner. They were shocked to find they’d been found face-down in the pool and taken to the hospital.

When the McGowans arrived at Hospiten Riviera Maya they found Austin stable and sedated. He suffered a concussion. Abbey, however, was unresponsive in a coma with a cracked collarbone. While her death certificate sites “accidental drowning” as the cause of death, the McGowan family suspects the kids’ drinks were drugged.

Next: This adventurous couple felt at home in Belize.

A murder in Belize

This couple was found dead while on vacation in Belize. | iStock

Francesca Matus and boyfriend Drew Devoursney were both found dead in Belize’s Corozal district in May 2017. Matus had a home in Corozal where the two were last spotted vacationing.

Devoursney had recently started his own diving company. His mother called him a “real adventure boy.” Authorities declared the couple’s death a homicide after finding their bodies in a sugar cane field. Both of their wrists were duct-taped.

Next: This woman died unexpectedly on a mother-daughter vacation.

The tragic death of a Pennsylvania school teacher 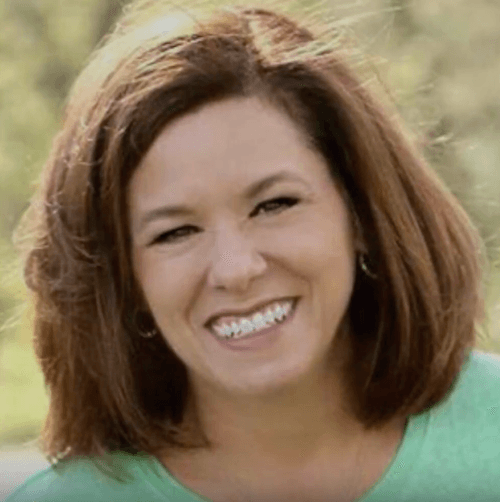 Sharon Ciferno died while on vacation. | Viral Mojo via YouTube

Sharon Regoli Ciferno was a beloved middle school teacher, sister, and friend. She was on a mother-daughter vacation with her friend and their kids when she fell backward off of a roof ledge. Ciferno sustained multiple brain injuries from the accident.

Her brother, David Regoli, wrote that alcohol played no role in her death. Ciferno underwent multiple procedures at the UCSD Medical Center in San Diego. Regoli wrote that at the time of death, “her injuries proved to be more than she could handle.”
Next: This family vacation had a tragic ending.

A car crash in Disney World

Sarah and Greg Moyers were driving to the beach in Orlando, Florida, as part of their Disney World vacation. The Florida Highway Patrol reported the family was driving on Interstate 4 when a vehicle with North Carolina plates drifted into their lane. This turned fatal for Sarah and Greg when it sent family car off the road and into a tree.

The two daughters survived their parents. “They were very involved and supportive parents and just wanted the best for them. They wanted the girls to experience Disney and the beach,” their close friend, Loni Burnside Eaton, told the Orlando Sentinel.

Next: High crime rates at this destination led to a travel advisory.

Traveling to these popular vacation destinations has proven to be dangerous. | iStock

In 2017 the U.S. issued a travel advisory to Cancun and Los Cabos, two of Mexico’s most popular tourist destinations. It upgraded warnings for two states — Quintana Roo and Baja California Sur — siting criminal group turf battles between criminal groups as the reason.

Homicides in Los Cabos were up 400% in August 2017 according to USA Today. Three men were gunned down in a Cancun hotel, five security guards died at an EDM festival in Playa del Carmen, and three people were injured in a nightclub shooting that year.

Next: A state fair gone wrong.

The ride broke down out of nowhere. | Qs RandomRantz via YouTube

The 2017 Ohio State Fair featured a ride called the Fire Ball which swings and spins in the air “like a pendulum.” A video captured by a bystander shows the tragic moment when part of the ride flew off, throwing multiple passengers to the ground.

Tyler Jarrell, who had just enlisted in the Marines, was one of several passengers thrown to the ground, however, he was the only one who died as a result. “Our thoughts are with those affected by the tragic accident in Ohio this evening,” Lori Cote, manager of communications with Northlands, which puts on the event, said.