How Cavemen DNA May Be to Blame for Your Health Problems 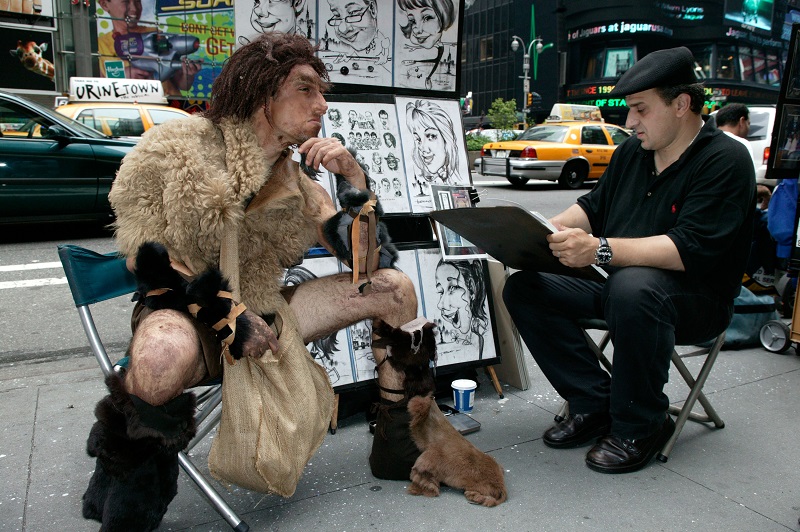 Banishing depression and kicking your addictions — so easy, a caveman could do it! Right? Well, no. Though many of us are well aware that ugly vices, like smoking cigarettes or binge drinking, lead to a multitude of health problems and millions of deaths, we still do it. We simply can’t help ourselves, in many cases. We’re powerless against our addictions and mental blocks.

But researchers have some new insight that shows cavemen — yes, cavemen — may deserve some of the blame for your modern struggles.

A study published in Science — the publication for the American Association for the Advancement of Science — points to the “phenotypic legacy”, or the genetic leftovers from prehistoric Neandertals, as some of the reasons that modern humans have trouble dealing with mental illness and addiction. Modern humans of non-African descent, the study says, inherit between 1.5% and 4% of their genetic makeup from Neandertals, due to interbreeding tens of thousands of years ago. For a long time, scientists didn’t really know how this impacted our health. But new research shows that they appear to have found some associations.

“We analyzed the contribution of common Neandertal variants to over 1000 electronic health record (EHR)–derived phenotypes in ~28,000 adults of European ancestry. We discovered and replicated associations of Neandertal alleles with neurological, psychiatric, immunological, and dermatological phenotypes,” the study says. “Neandertal alleles together explained a significant fraction of the variation in risk for depression and skin lesions resulting from sun exposure (actinic keratosis), and individual Neandertal alleles were significantly associated with specific human phenotypes, including hypercoagulation and tobacco use. Our results establish that archaic admixture influences disease risk in modern humans.”

So there you have it — Neanderthal genes are at least partially responsible, on a genetic level, for our modern struggles with addiction and mental health. This does not, of course, give you a free pass to get belligerent, send your life into a tailspin, and tell the judge and jury that it’s all Fred Flintstone’s fault — but it does give researchers some incredible insight into our genetic history, and how ancient DNA can influence and impact our behaviors today.

To further explain the study’s findings, ResearchGate actually sat down with John Capra, assistant professor in the Department of Biological Sciences and Biomedical Informatics at Vanderbilt University and the paper’s lead author. Capra reiterated that his paper’s most important finding was the fact that caveman DNA is still alive and well within us all, and that it’s leading us to engage in risky and unhealthy behaviors.

Not only has modern technology (and large databases of health records) allowed for a great deal of new research to take place, but the future is rife with opportunity to continue digging. “We realized that we had a great opportunity to answer these questions using large databases of anonymized versions of patient electronic health records linked to their genetic information. This way, we were able to investigate the effects of Neanderthal DNA in more than 28,000 adults from around the U.S.,” Capra said.

“There are several next steps: 1) Expanding the study to bigger cohorts that contain groups of more diverse (not just European) ancestry. 2) Deriving more complex and detailed traits from the electronic health records. 3) Determining how Neanderthal DNA exerts its effects at the molecular level. 4) Developing better models for how selection has acted on Neanderthal DNA after interbreeding.”

In other words, we’re only looking at the tip of the proverbial iceberg. There are potentially volumes to be written about our ancient DNA, and just looking at how environmental factors influenced specific things like addiction to nicotine (which most populations didn’t have access to) opens the mind up to some very interesting questions.

This research also says a lot regarding genetic predisposition — or, how each individual is going to be susceptible to certain ills or advantages based on their genetic background. We see this thrown around a lot when talking about obesity, for example, which is why South Park’s Eric Cartman always quipped that “wasn’t fat, just big-boned.” Our current behaviors and habits obviously play the biggest role in maintaining our health, but our genetics can’t be discounted.

And as we’re finding out, that genetic strand goes back a lot further than most of us would have ever thought.