How Seeking the Truth Can Make You Happy 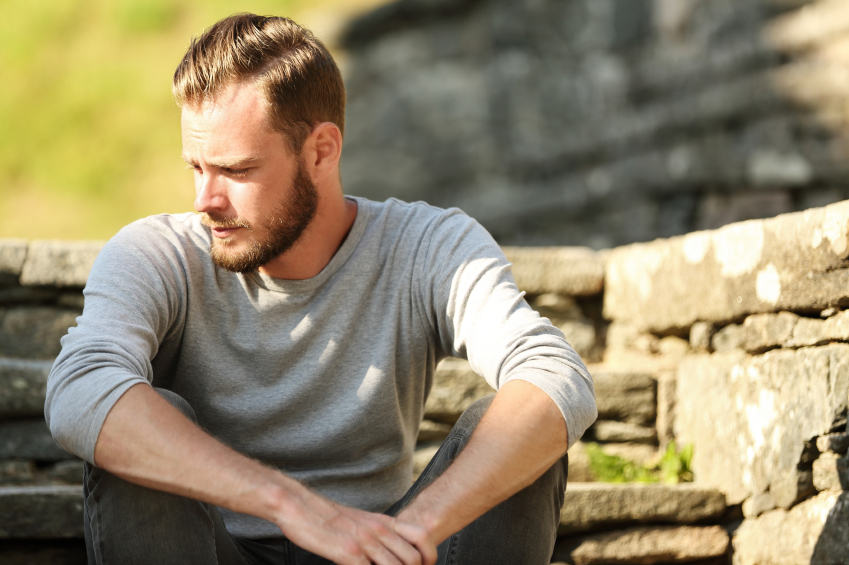 Truth is important in all that we do. Without truth standing alone and outside of our opinions, there can be no common ground for agreement or improvement.

Relativism is escapism from uncomfortable realities. For instance, an oppressive government who steals money from its constituents and wages unjust wars to siphon the resources of other countries is clearly not right. If a country conducted itself in this manner, they would constantly be at war and their citizens would be paying for it. This is an uncomfortable truth that many turn a blind eye to. They will say that war is inevitable, or that people are evil, but for the most part, they will not question their part in the machine.

It is easier to deny that truth exists and remain unchanged than to embrace hard truth and suffer the process of change; comfort is the real allure of relativism. Rather than making sacrifices beforehand to attain truth and live well, a relativist will bumble through life, effecting terrible consequences on his family and community and then attempt to adjust truth after the fact to absolve himself of wrongdoing. Relativism is fantasy, and it does not lead to happy relationships or communities in the real world where there are consequences for every action outside of personal preference.

Mike Mentzer was a bodybuilding champion and legend who transcended weightlifting with his transcendental philosophy. Check out what he has to say:

If you abdicate the responsibility of learning the nature of your consciousness, your means of survival, then you can never control it; thus, you unknowingly deliver yourself into the power of those who wish you the worst — whether he′s trying to sell you a used wig, an erroneous training theory, or that evil theory of politics known as socialism. Nature, to be commanded, must be obeyed. The absolutism of reality dictates how you must guide your training efforts to successfully develop larger muscles, and the absolutism of reason determines how you must direct your thinking so as to achieve intellectual success — truth and knowledge; and the greatest power possible to man — certainty!

Mike discovered the principles of absolutism through weight training and then applied them to his unseen life to become a complete man — body, mind, and spirit. The unseen world, and the world most important to our happiness, is the one that is most often discarded to relativism.

Physical truth and the unseen truth

If there is no such thing as truth, then there can be no consequences. The physical truth of a 100-story balcony will lead to the consequence of “splat” should a person walk off the ledge. No one would deny that because it is painfully obvious. But past the physical world and into the unseen, truth is often presumed not to exist because it cannot be seen, felt, tasted, touched, or perceived through any ordinary sense. So it appears rational to assume that truth does not exist. But, if truth really did not exist outside of the self, there would be precisely no consequences in the real world. Our entire existence would be utterly inconsequential, and we could do whatever we felt, whenever we wanted to, and without any ramifications. But that concept is a fairy tale, because there is no act without consequence. Those who refuse to acknowledge external truth must also blind themselves to consequences, which takes an extraordinary amount of will power and energy.

For example, in a world of truth, there are consequences. If truth applies to every thing seen and unseen, then it certainly applies to our relationships. This means that there are certain actions that will lead to favorable consequences, and certain actions that will lead to unfavorable consequences. To reference the physical world: If you were to jump off a 100-story balcony, you would truthfully require some preparation for a favorable outcome, like a wing-suit or parachute. If you ignored the imperative to prepare, you would face certain death. If there was no truth, like gravity, a person would float off with no consequence. But succeeding in relationships is much more complex than succeeding in base jumping, for all that is prepared for is unseen. The building up of respect, commitment, faith, trust, dependability, and sacrificial love are all unseen, and all difficult, but those factors are what make and break marriages. Those deal breakers cannot be touched without first acknowledging truth, and then seeking it.

The well-prepared will succeed, and the ill-prepared will fail. But unlike jumping off a physical ledge, jumping off a moral cliff will not typically result in physical harm. Relativist’s responses to the consequences of truth are to pretend that no consequence was effected. In fairytale land, there are no failed marriages; there are just people who decide not to be together, and that’s just what happens. But the other consequences, like children who are more likely to be depressed and divorced when they mature, are set in stone whether one calls it truth or not. The fact that couples are 33% more likely to divorce if they have friends that divorce is also a consequence of divorce; the thing exists whether we acknowledge it or not, and it is not good.

To acknowledge truth in a relativistic world is an act of courage because it so neatly contradicts the most popular assertions, but the most popular assertions of the human being have not led to secure relationships and happy people. Our communities need strong and happy families to thrive, and that requires men who absolutely believe in truth and who comport themselves to respond to reality. If you are tired of constantly dodging the consequences of relativism, then look for truth in your relationships, in your lifestyle, and in your decisions. If you’re tired of being unhappy even though you’re doing everything right, then seek truth and make sacrifices to attain it. Question everything.