How to Eat and Train Like Your Favorite NFL Players

No matter who your home team is or what players you pick for your fantasy squad, one thing is for sure: Football players are ferociously fit. Whether they are in the kitchen or in the weight room, NFL players have to train like the best in order to be the best. So what sets these amazing athletes apart from the water boy, and how can we steal some of their tips and tricks?

Rashad Jennings, Running Back for the New York Giants 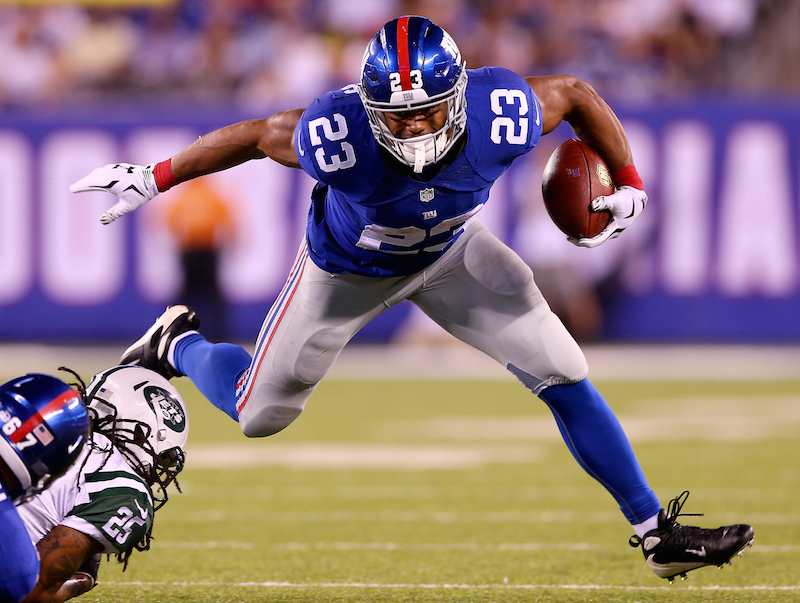 For Jennings, it is more important to get the fuel he feels necessary to work hard in practice and games, than to count his calories. The running back told NFL.com that he eats about three to four full meals a day, including a shake and a big breakfast.

According to NFL.com, Jennings eats a similar diet year-round. And for snacks, “I get a lot of nutrition through my shakes. I make sure whatever the meal is, it’s high in antioxidants. I probably throw in some avocado, might throw in turmeric, some ginger, things of that nature,” he said.

For Jennings, eating is about fueling. You can have a similar mindset by eating whole foods and avoiding typical snack foods. Know what your body needs, and if you are exercising intensely, know that you need proper nutrition both before and after your workouts. 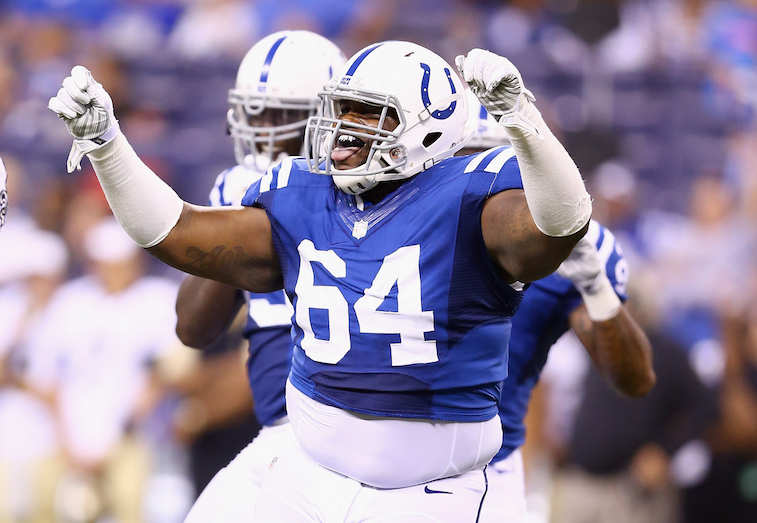 So obviously, running backs need to be lean and mean, but what if your job requires a little bit more meat? Well, according to The Indy Star the diet for a player with the size and strength of Kerr is still pretty regulated. For the 2014 season, 2014, Kerr had a daily caloric intake of 3,500 — although some of his teammates in similar positions ate up to 5,000.

Kerr told The Indy Star “I try to eat healthy.” His meals, according to the article, include eggs, veggies, and a protein shake for breakfast. He has salad for lunch, and another bigger salad for dinner. But don’t let all of the greens fool you — Kerr makes sure to load up his veggies with tons of proteins and carbs, which are both essential for the amount of physical activity that he partakes in on and off the field.

Kerr told The Star that despite the size of defensive ends, nose tackles, and offensive lineman, the bigger guys are often the healthiest eaters on the team. “I would say we are some of the healthiest eaters out there.” Reitz said. “Always eating salads, real careful about what you put into your body,” he said in the article.

Although, Kerr can’t resist the occasional cheat day, where he can down up to two-dozen chicken wings. The takeaway here: Eating more does not always mean unhealthy, and cheat days are sometimes both necessary and delicious.

According to Richard Sherman’s trainer Mike Barwis in an interview with Sports Illustrated, Sherman brings the same intensity to the gym that has on the field. For Sherman, his workouts start with cone agility. He shows NFL.com his typical warm up, which includes the three cone brake and drive. The drill involves back peddling combined with forward sprints to work on explosive power and anticipation.

NFL.com explains the directions of the drill:

3. Repeat with each subsequent cone.

Other drills that Sherman works into his everyday routines includes explosive jumps. (Think two footed jumps onto a stadium step 20 times with a break, and than another 20 times.) The key to Sherman’s workouts are doing quick explosive movements that will take him from the workout room to the field seamlessly.

Agility is always a great way to add cardio to your everyday workouts; you can even do workouts in the form of HIIT exercises to create a routine that not only burns fat, but also builds muscle, speed, and endurance. According to NFL.com, another favorite of Sherman is a good old-fashioned hill sprint. The key to the most intense cornerback in the NFL is hard work through explosive workouts. These moves don’t take a lot of equipment, but they do take a lot of mental toughness.

If you want to be 36 and playing in the NFL, you should definitely be hitting the gym like the Saints’ veteran quarterback, Drew Brees. While many NFL players take some of the summer off, Brees spends his summer training harder to get in the best physical shape of his life.

Brees told Sports Illustrated, “I’ll be in my best shape of the year,” he says. “Once we get into camp, then into the season, a lot more time is devoted to the classroom: studying opponents, film work, the mental side of the game.” His workout routine lead by trainer Durkin, starts with a “Dynamic Warmup.” This warmup, according to the article, is similar to a pilates class, and works a lot of the smaller muscles. But the fun only starts there.  For this, TRX suspension is used to create an unstable environment.

According to the article, Brees’ workout also includes lunges, thick workout ropes, and rotational band exercises. The final exercise includes a ball that bounces irregularly in order to challenge the athlete while also working on hand-eye coordination.

Brees told SI, “There’s no wasted movement, no wasted exercise, everything has a purpose.” Working hard is second nature to Brees who is training as hard for his 15th season as he did for his 1st. The takeaway from a QB legend like Brees is no matter how in shape you are, hard work will take you to the next level, and will allow you to become fitter and faster — no matter how old you are.

Working out and eating like a NFL star is hard work, but you can take small lessons from each player and create an eating and workout routine that will give you optimal results.