How to Take Your Performance to the Next Level 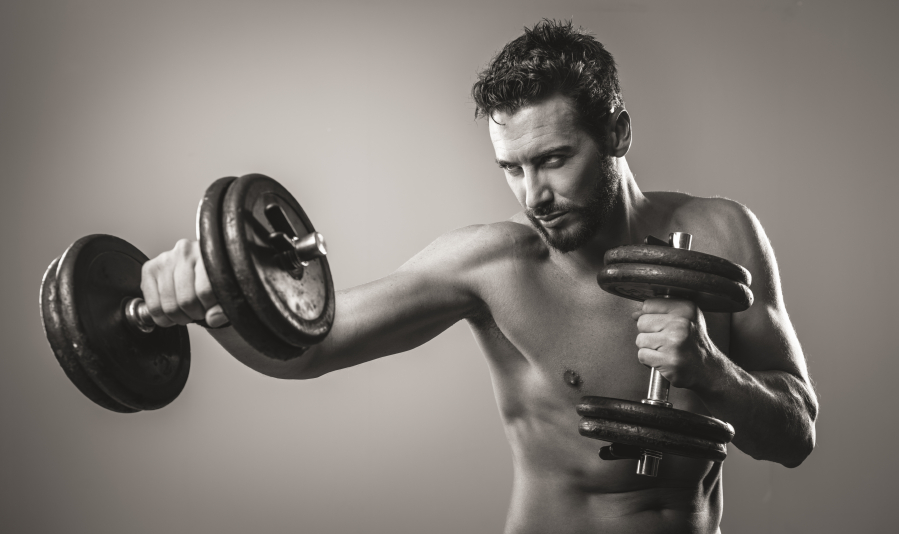 For a good part of human history, performance has been incentivized by death. The fear of starvation is powerful motivation to sharpen a man’s performance; that cannot be argued. But there is no such macabre motivation in our cushy modern life. If you run on hard times, you go on the dole. If you can’t pay for a cell phone, the government will give you one (just make sure to vote for the right people). The motivators of greed and lust are poor thrusts for performance because they are shortsighted by nature, so the onus is on the men to create reasons to perform at the peak of capability, and to research methods that support those ends.

A ragtag band of colonists administered a royal ass-kicking to highly trained British troops (and German mercenaries) more than two centuries ago. The colonists’ numbers and equipment paled in comparison to the British, but their reason to perform was far superior; they were defending their home. David’s stunning accuracy in slaying Goliath the giant was due to the same factor. What do you fight for every day, and what reason primes your best performance? Next-level performance is kicked into gear by damn good reasons.

The necessity of family for lifelong security and happiness is still one of the most powerful motivators of performance. Zig Ziglar, one of the fathers of peak performance, has credited his wife and children with motivating him to bounce back after severe setbacks.When he was faced with shutting off his water and electricity to pay the rent, Ziglar was motivated by his family’s needs to break his comfort zone and perform his best to stay afloat. Not only did Ziglar stay afloat, he became one of the most successful speakers the world has known and has profoundly influenced millions of aspiring entrepreneurs on several continents.

Ziglar faced a crisis similar to crises that motivated hunters to perform their best for millennia. But without family as a factor in his performance, Ziglar might never have been a household name. In his series of talks, “A View From The Top,” Ziglar mentions a class of high-achieving Harvard graduates. When asked what was behind their achievements, the Harvard graduates mentioned their spouses as being an indispensable factor. Family is an historically important factor in peak performance for men.

Your legacy and impact on the world

Though it almost seems impossible, one man can make a difference in the world. Without individual persons whose faith outweighed their doubt, no meaningful thing would ever have been accomplished. If Gandhi thought what he did didn’t make a difference, he may not have been a leader in nonviolent civil disobedience. If Martin Luther King Jr. allowed self doubt and inferiority to own him, the civil rights movement may have been severely impinged. Great men and peak performers the world over have been motivated to excel by the better world they envision and the difference they intend to make.

Thus, long range goals and dreams of a brighter future have been the source of focus and inspiration for the highest achievements among mankind. If you don’t have a plan to make a difference, get one. It doesn’t matter how big or small the difference you make is, it only matters that you did the best you could with the skills and talents you had.

What separates peak performers from the rest of people is what they do with their time. Even some of the most accomplished men in history have claimed no great talent, but only incredible work ethic. When you have a goal and a mission that makes a difference in the lives of others, your time matters. When you know that your time matters beyond a shadow of a doubt, frittering away time becomes a painful activity that weighs on the heart and conscience.

If you want to take your performance to the next level, you must have a special reason to do so that is tailored specifically for you. No cookie cutter inspirational program will help you achieve your best if you lack a reason. But with so many problems to solve, and with so many talents among all of us, it would be harder not to find a reason.

Stay tuned for part two of this series, which focuses on three specific habits that will take your performance to the next level.