How Your Performance Review at Work Can Hurt Your Health 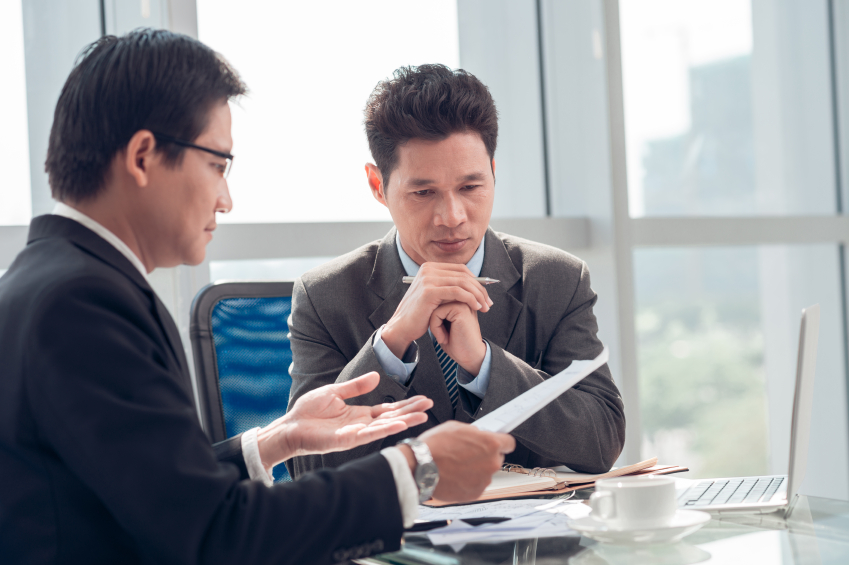 Does the thought of sitting one-on-one with your manager, going over your yearly performance rating make you nauseous? Are your hands starting to sweat just reading this? Well, you’re not alone. Performance ratings cause a lot of people angst, and according to a new study, they may even do more harm than help.

If you always ace your performance reviews, you may be sitting at your computer rolling your eyes, but hear us out. According to a recent study published in the journal strategy+business, researchers at the NeuroLeadership Institute concluded that the very act of giving employees a rating jolts them into a “fight or flight” scenario.

This can cause the performance review, a review originally put in place to create a back and forth conversation between an employee and manager, to become something where the employee becomes defensive or pushes back.

According to lead researchers of the study, David Rock, Josh Davis, and Beth Jones, “The employee may not say anything overtly,” the researchers wrote, “but he or she feels disregarded and undermined — and thus intensely inclined to ignore feedback, push back against stretch goals and reject the example of positive role models.”

The study is not trying to convince major companies to forego performance reviews, but it is encouraging a change to the format of these reviews. By changing the format, both the managers and the employees will have the chance to become more productive by learning how to work together to improve negatives, while also continuing to strengthen the positives.

According to the article, “A standardized, objectives-based PM system should be a straightforward exercise. It seems logical to set goals, provide feedback about progress during a six- or 12-month cycle, agree at the end of the cycle on whether these goals were achieved, and link an individual’s compensation to the results.”

Some major companies have already begun to revamp the format of their performance reviews. According to an article in The Wall Street Journal, Cigna Corp. altered its review process this past July. Where the company used to have traditional evaluations, it now has opted for frequent conversations between managers and employees that could also include other coaching staffers to help suggest ways up the career ladder.

“Employees are saying, ‘This is the first real honest conversation I’ve had with my manager about me, about what I should do, instead of these goals that aren’t really related to me,’” Karen Kocher, the chief learning officer of Cigna told the Journal.

This is just one example of a company change. The key is that the conversation might vary depending on the position as well as manager and employee preferences. According to the study, “The results of no-rating systems are dramatically better than their rating and ranking counterparts — in satisfaction, retention, and engagement scores, which have been shown to correlate to organizational performance.”

By taking out the rating, and making reviews into a two-way conversation, there will be a lot less stress surrounding the meeting. The idea of having multiple conversations throughout the year also gives employees a chance to change something that their managers might not be happy with.

In many ways, the idea of having smaller conversations throughout the year, followed by an end-of-year bigger follow up gives employees a chance to nip bad behavior in the bud before the year-end review comes up. Creating and maintaining a conversational relationship with your manager will also help you maintain low stress levels when your real review comes up.