Maybe it’s just me, but I always associate the term “workout video” with things that are super old school. It makes me think of the Jane Fonda cassette tape my mom worked out to when I was a kid. Or, I think of having to do Tae Bo during gym class when it was too rainy to go outside. (And then I think of high-cut leotards being worn over bike shorts — whoever decided to make that a fashion statement was taking crazy pills.) Even with current workouts on YouTube and whatnot, workout videos seem undeniably retro.

With everything being a throwback these days, I started thinking about some of the most popular workout vids from back in the day. Then, being in need of shaking up my own workout regimen, I decided to resurrect five nostalgic workout videos to try for the week. I have to admit, I had a preconceived idea about how it would all shake out — thinking that this would be an easy feat to undertake. And dang, was I in for a surprise. Here’s what happened when I exercised to retro workout tapes for a week.

1. For starters, I picked the worst workout for my first day

For my adventure through retro workout land, I designated one video for each day that week. (One new video the first five days, then Saturday and Sunday were open so I could go back to the videos I liked.) And to kick off my fitness experiment, I went with a well-known ’80s masterpiece, The Original Buns of Steel.

Something about the cheesy music and ugly sweatbands made me think it was going to be simple. But even as someone who regularly works out five days a week, I was knocked on my butt — no pun intended — by how challenging Greg Smithey’s lower body workout was. My legs felt like gelatin about 20 minutes in, and that wasn’t even halfway through the program! The workout left me pretty sore for a couple days, in places that I didn’t even know could get sore.

My appetite was a lot higher than I expected. | djedzura/Getty Images

If there was one lesson learned during my week of vintage sweat sessions, it was that exercising in close proximity to your kitchen is bad news. My snacking habits went through the roof, and I would want to eat the second I was done exercising. I literally went from following Cindy Crawford: Shape Your Body Workout to chowing down on cheese and crackers.

How the heck is a gal supposed to squeeze into a one-piece bathing suit like Cindy when there is delicious cheese and crackers a couple feet away? Once I realized how much more I was feasting, it took all of my willpower to stay as far away from the refrigerator as possible. 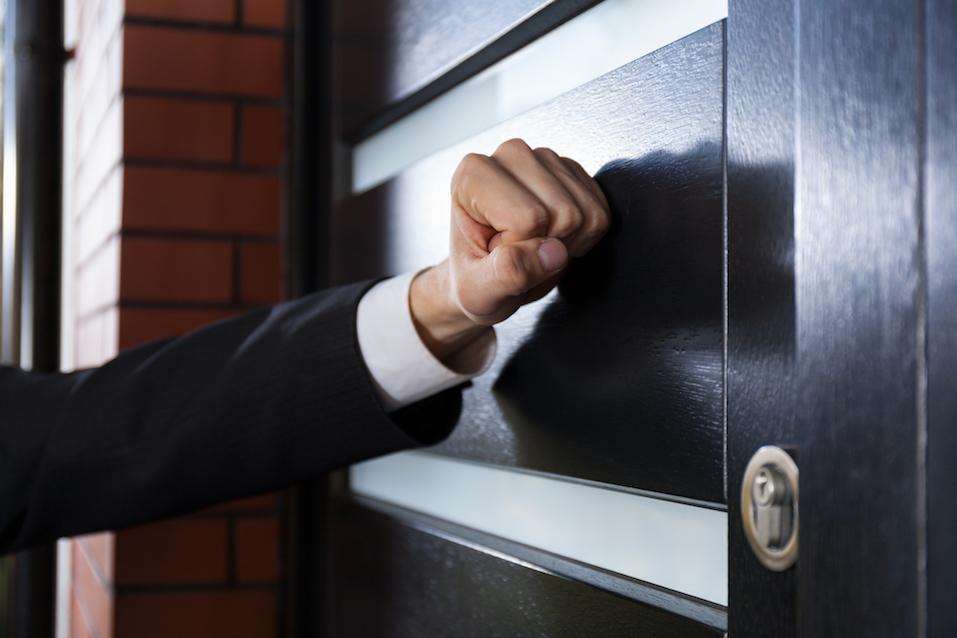 The people downstairs were not impressed with retro workout week. | iStock.com/KatarzynaBialasiewicz

Note to readers: Do not do any workout with crazy jumps or dance moves when you have downstairs neighbors. On the day that I did Paula Abdul’s Get Up & Dance! one of my neighbors came to my door and asked why it sounded like elephants were about to fall through the ceiling. Apparently hip-hop isn’t meant to be done with people underneath you.

4. I got distracted by the awful outfits 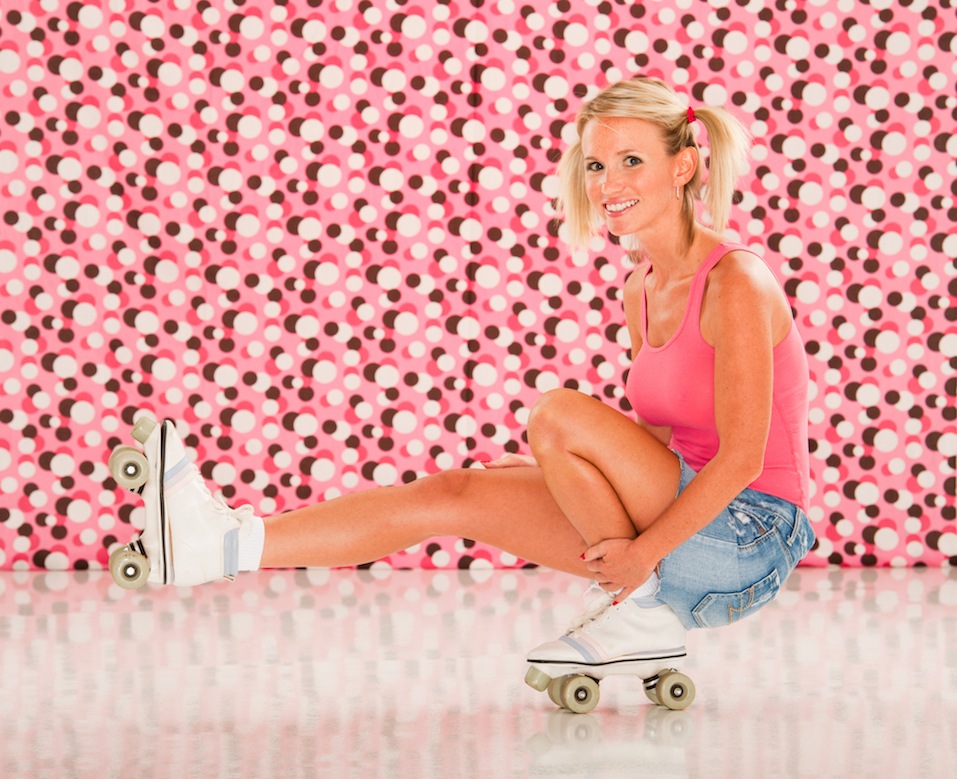 The workouts might live forever, but hopefully the fashion won’t. | iStock.com/bmcent1

All the videos I watched were a couple of decades old, and the fashion in them was pretty ridiculous. Any time the camera would pan to one of the assistants working out behind the instructor, I got distracted watching them. Did they pick out the hideous workout apparel they were sporting, or did some terrible video stylist pick it for them? Do they look back on being in the video and cringe? Are they still in good shape?

I got so wrapped up in wondering about a couple people that I almost stopped paying attention to the workout itself. And while we’re on the subject of people being distracting…

5. I didn’t exactly sweat to the oldies

I knew I couldn’t go through a week of workout videos without including Richard Simmons’ infamous Sweatin’ to the Oldies. And of all the videos I watched that week, this one was the most insane. The workout part wasn’t much — the real appeal was watching Simmons scream his head off while motivating the crowd behind him. About halfway through, I just wanted to sit on the floor and watch him because he was that fascinating. I might not have accomplished much in the way of exercising, but I was thoroughly entertained.

6. I felt a little lonely 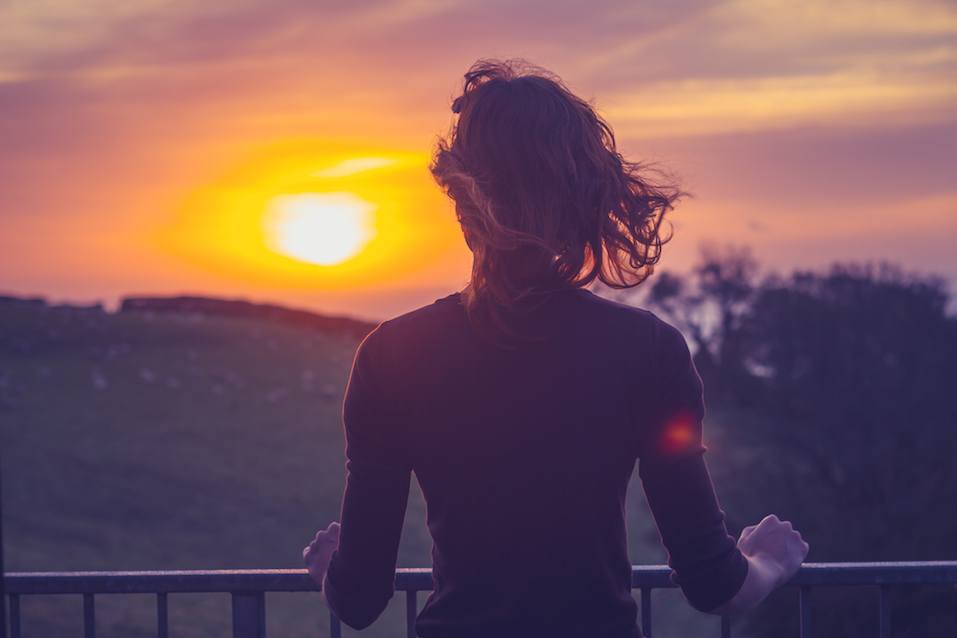 All that time working out inside made me miss the outdoors. | iStock.com/lolostock

My whole life has consisted of fitness regimens where I’ve been surrounded by other people, from 20 years of dance classes to two jobs at gyms. And up until my week of nostalgic workout programs, I didn’t realize how social my exercise style is. By the third day of video workouts I felt like I hadn’t left my house enough, and like I hadn’t conversed with anyone from the outside world in a very long time. I even caught myself talking to the screen a couple times during Jane Fonda’s Original Workout from 1982.

I can understand how regularly working out at home might appeal to some people. But for me, I felt like I had spent too much time alone in-front of the TV.`

7. I found a couple of exercises that I really liked

As the week went on, I noted certain exercises that I enjoyed. By the time the experiment was over, I had a handful of new exercises I wanted to work into my regular fitness regimen. I went back and did the Jane Fonda workout because it was a good mix of aerobics and stretching, and I plan on using some of her moves in the future. Paula Abdul’s dance workout was good, although I might have to clear it with my neighbors if I try that one again. And despite being sore as all getup, I’m planning to revisit a couple of moves from Buns of Steel. So while my days of working out to retro workout videos are probably over, I at least gained some fitness inspiration.