The Importance of Yoga: 8 Reasons Why You Should Try It

A 2016 study conducted by Yoga Journal and Yoga Alliance found that just under 37 million people practice yoga and that 72% of those practitioners are women. The study went on to report that an additional 80 million Americans are likely to try yoga in 2016. These numbers show a dramatic increase from the 2012 study. More people are trying yoga, practicing it regularly, becoming teachers, and spreading their passion to family and friends.

You may be wondering what the big deal is. Isn’t yoga just stretching in unison? What’s so great about wearing full-body spandex and OMing? Contrary to common misconceptions, yoga is much more than a workout, a series of stretches, or a way to lose weight. Yoga is a mental, emotional, and physical practice that works to connect the body, mind, emotions, and intellect. Consider it a full you workout. You’ll experience mental and emotional benefits alongside physical ones. Interested? Start practicing and enjoy yoga’s many benefits. 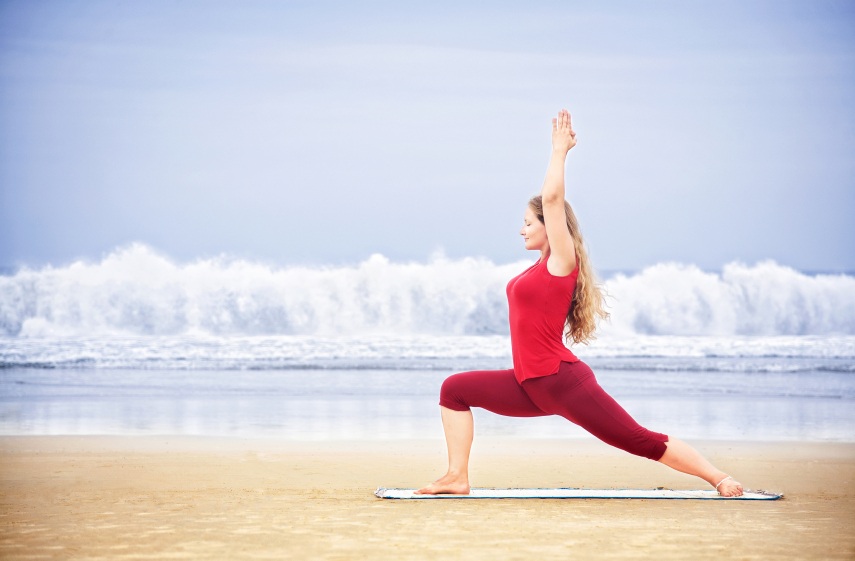 A 2009 Harvard study published in The Journal of Sexual Medicine found that a regular yoga practice improved a woman’s sexual function including desire, arousal, and orgasm. Nearly 75% of the participants said they were more satisfied with their sex life following the study. The practice of yoga can also help you reconnect with your physical body, making you more in touch with your sexuality. 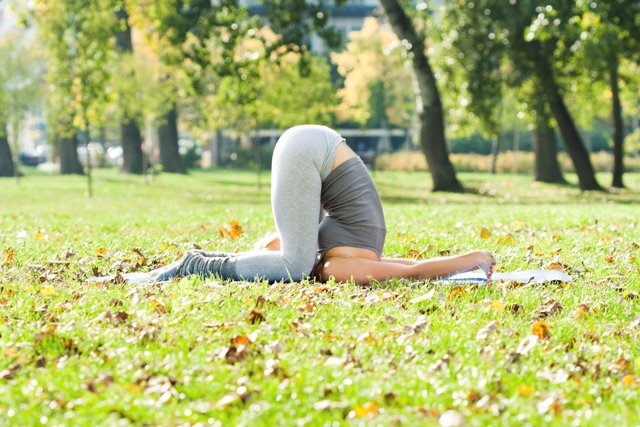 When you lift weights you’re building strength, often at the expense of flexibility. Yoga is in the unique position to improve  flexibility while building strength. Yoga stretches your muscles, tendons, and connective tissues close to their maximum capacity. Over time, your body will lengthen and loosen allowing you to get into positions you never thought possible. While improved flexibility protects your joints and muscles from damage, your body will also be getting stronger. Yoga engages your core throughout the practice and builds full-body strength through arm balances, lunging poses, and squat-based postures.

3. It meets you where you are

Yoga is for everyone. If you’ve never done anything remotely active before, don’t worry. If you’re a fitness buff who thinks yoga is just a bunch of hippies stretching, prepare to be surprised. The same movements can challenge the most advanced without losing a total newbie. You’ll be practicing alongside bodybuilders, middle-aged dads, teens, and the elderly. People of all different fitness levels and walks of life have adapted yoga to serve their needs. 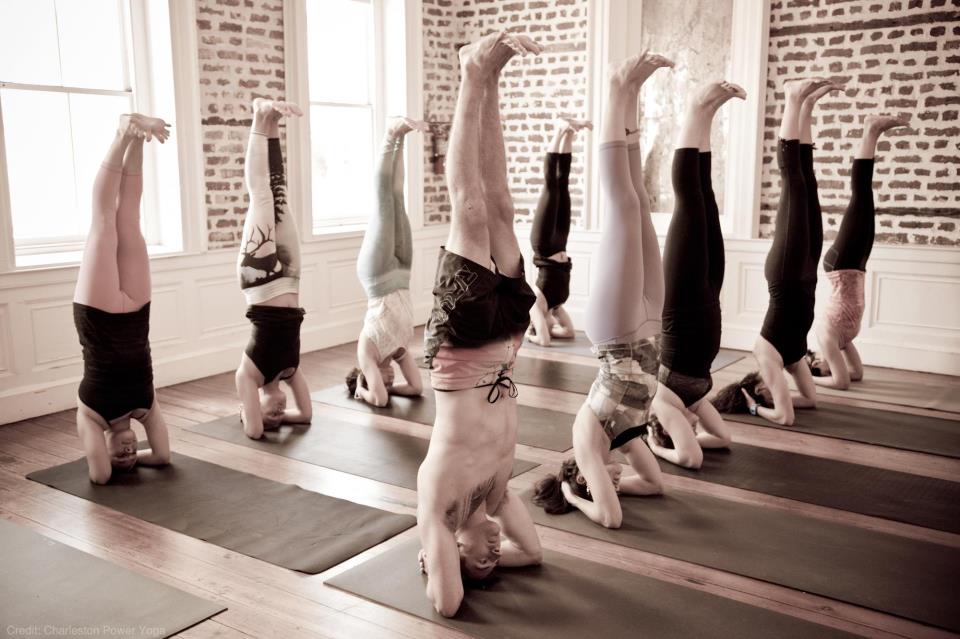 When you start going to classes regularly, you’ll notice that each class has a base of regular attendees. The girl who sat in front of you last week may be in the same spot the next week and the next. The purpose of yoga is connection. Connecting your breath to movement, connecting with yourself, and yes, connecting with your teacher and classmates. As you become a regular, make the effort to say hi rather than bolting out of class. Natural friendships will begin to form based around a love of yoga. 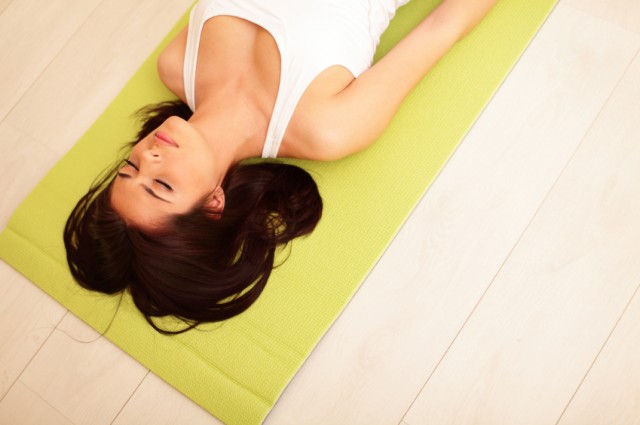 Everyone feels intense stress from time to time and anxiety disorders are the most common mental illness in the U.S. One of the biggest reasons people practice yoga is to relieve stress. According to a study published by the University of California, yoga does this by lessening the activity of proteins that are known to play a role in inflammation. A Boston University study conducted in 2010 showed that 12 weeks of yoga helped reduce anxiety and increased certain amino acids that, when low, have been linked with depression and anxiety disorders.

6. It can be done anywhere 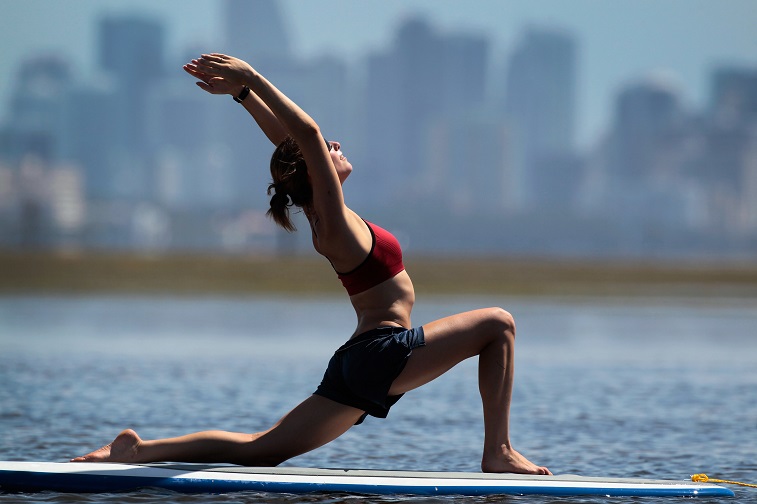 Taking part in a yoga class at your gym or local yoga studio can be a great introduction to the practice, but it can get expensive quickly. Check out Yoga With Adriene, a YouTube channel full of free classes or buy a yoga DVD. Once you have some postures or the sun salutation flow memorized, you can practice anywhere and without any equipment. A yoga mat is handy, but grass and carpet work just fine.

Yoga, even slow restorative forms of the practice, can make weight loss easier. A study published in the journal Qualitative Health Research found that an at-home yoga practice reduced binge eating episodes in participants in 12 weeks. An ongoing study at the Fred Hutchinson Cancer Research Center in Seattle studied 15,000 adults in their 50s. Overweight people who did yoga at least once a week for four or more years lost an average of five pounds, while those who didn’t practice gained an average of 13.5.

One of the worst things you can experience is chronic pain. Many studies and practitioners claim that yoga has the power to reduce or fix chronic neck and back pain. A German study that was published in The Journal of Pain found that Iyengar yoga is a safe and effective treatment for chronic neck pain and lower back pain.