Inside Jimmy Kimmel’s Family Life, Including the 1 Thing He Does Every Day For His Kids

From his late night talk show to hosting the Oscars, Jimmy Kimmel is one busy guy. However, his success in show business doesn’t take away from his time with his family. In fact, it’s quite the opposite.

Find out why Jimmy Kimmel is considered late night’s ultimate dad — plus, the one thing he does every day for his kids — ahead.

1. He puts his job on hold to be there for them

He leads a busy life. But he’s never too busy for his kids. | Kevin Winter/Getty Images

When his son had heart surgery, Jimmy Kimmel put his son’s needs first and took a leave of absence from his show. But, he couldn’t have done it alone. The late night host called upon some of his peers — including, Jennifer Lawrence, Dave Grohl, and Channing Tatum — to host the show on his behalf while he was caring for his baby boy.

Next: This alone makes him dad of the year.

2. He makes pancake art for his daughter 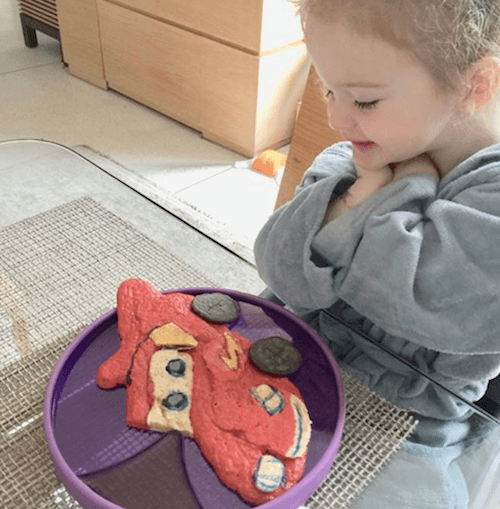 He makes memorable and intricate pancake art for his children. | Jimmy Kimmel via Facebook

Jimmy Kimmel has many talents. And, evidently, one of those talents involves making elaborate pancakes for his youngest daughter, Jane.

Now, we aren’t just talking a Pinterest-worthy display of silver dollar pancakes. We’re talking colorful designs, often in the shape of her favorite characters. So far, he’s blown us away with Lightning McQueen from Disney’s Cars, Dory from Finding Nemo, Thomas the Tank Engine, and more!

Next: How he manages to not spoil his kids.

3. He’s teaching them the value of hard work

He doesn’t want his children to become spoiled. | Jimmy Kimmel via Facebook

Before he was a successful talk show host, Jimmy Kimmel was struggling to make ends meet and support his two older children, Katie and Kevin. That said, he has not forgotten his struggles and is trying to raise his youngest kids to be as normal as possible. As a result, the talk show host is a big fan of offering allowance for chores.

Next: The 1 thing he does every day for his kids.

4. He is strict about his time with his kids 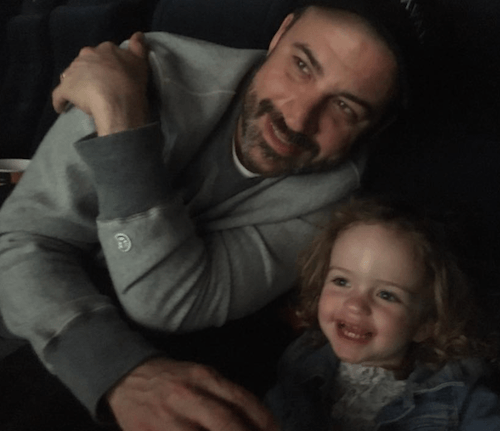 He makes an effort to make it home in time. | Jimmy Kimmel via Facebook

Being a late night talk show host and a good dad must be hard, but Jimmy Kimmel makes it work. While he does have the help of his wife — who is a writer on his show and equally as busy — and nanny, Kimmel has a strict policy about his time with his kids.

According to Fatherly, the talk show host spends at least five hours a day with them — two in the morning and three at night — to ensure they spend quality time together.

Next: How he uses his platform for good.

5. He uses his platform to advocate for their health and future 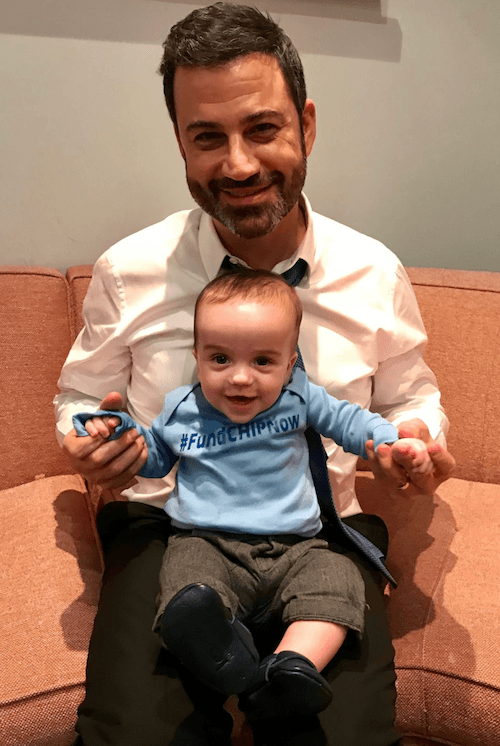 He inspires others with his charity work. | Jimmy Kimmel via Facebook

Speaking of his son, Jimmy Kimmel uses his platform to advocate for the Children’s Health Insurance Program (CHIP) — which impacts millions of kids throughout the United States.

The program, which is administered by the U.S. Department of Health and Human Services and provides low-cost health insurance to families with children, is in need of funding and Kimmel has taken it upon himself to advocate for his son and other children across the United States.

Next: His wife probably loves him for this.

6. He cooks for them 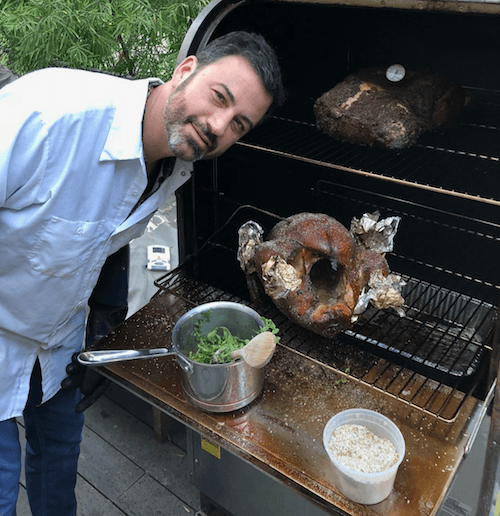 He spends time cooking for his family. | Jimmy Kimmel via Facebook

In addition to pancake art, Jimmy Kimmel cooks elaborate meals for his family, too. While we’re not sure where he finds the time, but his Thanksgiving turkey, homemade pretzels, fried chicken sandwiches, and other Instagrammable dishes look absolutely delicious.

Next: The funny way he supports his daughter’s creativity.

7. He supports his daughter’s creativity

He doesn’t freak out over the small things. | Jimmy Kimmel via Facebook

Jimmy Kimmel is without a doubt, one of the most supportive dads out there. So, it should come as no surprise that he supports all of his daughter’s creative endeavors. Including ones that involve using his body as a canvas for her magic marker masterpieces.

Next: He wouldn’t be a great dad without this.

8. He puts his family first

The audience adored his baby. | Jimmy Kimmel Live via YouTube

Whether you watch his show or follow him on social media, it’s obvious that Jimmy Kimmel loves his family. But, perhaps the one thing that makes him such a great dad is that he always puts his family first. Whether it’s taking time off from work, having his kids on the show, cooking for them, playing with them, or carving out time for them, everything he does is for his family.