North Korea has certainly made a name for itself over the years thanks to its history of ruthless leaders and many secrets. And with the announcement of the upcoming Winter Olympics in South Korea, most of the world figured Kim Jong Un would keep his athletes within the confines of his home country. That’s not the case, however. Business Insider says North Korea is sending a huge delegation to represent the country. And there’s one duo in particular who are the favorites.

So, who are these two figure skaters, and how are they slated to do against their competition? Here’s what we know.

They’re the duo to watch.| FS Video via YouTube

It’s a shock to all that North Korea is choosing to participate in the Winter Olympics. And they’re not just sending over athletes. They’re also bringing an art troupe, cheer squad, press corps, and taekwondo demonstration team, Business Insider reports.

When it comes to athletics, the North Korean figure skating duo, Ryom Tae Ok and Kim Ju Sik, qualified for the games in September and were the first to do so. The North Korean Olympic committee failed to register them by the deadline, however. Luckily, the deadline was extended so the duo can still compete.

Their Canadian coach says they’re much kinder than he expected

They’re committed to being the best. | 1tvdance via YouTube

While the vast majority of North Koreans will never leave the country, the Olympic hopefuls headed to Canada for training. The Huffington Post reports the duo spent two months in 2017 training in Montreal with coach Bruno Marcotte. Marcotte first eyed Ryom and Kim at the World Figure Skating Championship in Helsinki.

Marcotte told the publication that the duo’s “thirst to learn is so big.” He even called them dream students and said, “They were such nice people and brought a positive energy every day.” 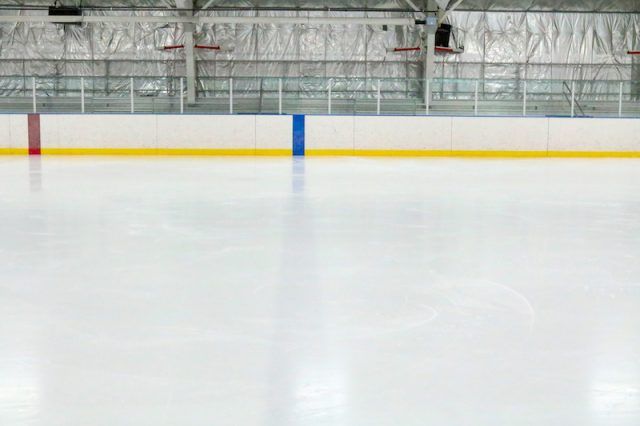 They go hard at their training. | KaraGrubis/Getty Images

Just like all other Olympic athletes, Ryom and Kim earned their spot in the games through hard work and dedication to their sport. Their choreographer and trainer’s sister, Julie Marcotte, tells CTV News she was honored to help train the duo, and they’re really dedicated to becoming the best they can be at their sport. And Bruno’s wife, a world-champion figure skater, brought Ryom and Kim to yoga classes and also assisted in their training, The Huffington Post reports.

It seems the most difficult part of their training is staying away from any political discussion. But the trainers say the duo is laser-focused and ready to compete with the best.

They have plenty of fans cheering them on. | Mark Ralston/AFP/Getty Images

There isn’t much information out there about Ryom and Kim. The duo is from the capital of North Korea, Pyongyang. But their lives in the totalitarian country are mostly kept quiet. And Marcotte said there was absolutely no political discussion during their training sessions, which primarily was probably due to the language barrier.

What’s most interesting about Ryom and Kim is that they’ve been allowed out of the country quite a few times, and yet they also do not have driver’s licenses or credit cards. Marcotte tells news.com.au that he has had to take care of the logistics of their stay and their transportation because of their lack of identification.

North Korea’s expanding nuclear weapon and missile programs have caused a great deal of concern for South Korea. So it’s a shock to all that the North and South have come to an agreement about the Olympic games. The Nation reports government officials from the North and South (but not Kim Jong Un himself) met and decided the North would participate in the winter games for the first time in eight years.

Even more surprising was the fact that there were peace talks, too. The South proposed that the two countries walk together for the opening and closing ceremonies. Considering Kim Jong Un has boycotted Olympics in the past, this is a huge step in easing tensions between the countries.

Are they aiming for a gold medal? | NBC News via YouTube

Glory in the sports world is incredibly important to Kim Jong Un. This is evidenced by his close friendship with former NBA superstar Dennis Rodman, and news.com.au says Kim himself is well-versed in the games of golf and bowling. So it makes sense that the rare opportunity to leave the country goes to those who are athletically gifted. The duo still, however, have a “chaperone” with them everywhere they go while training.

CNN reports they’re accompanied by a North Korean coach and an official from their country’s skating federation while they’re at practice with Marcotte. Interestingly, Marcotte says they didn’t appear to be watched or surveyed as heavily as some might think.

Will they win gold? Probably not — but they still earned their spot in the games

There is a lot of good competition in store for them. | Estherpoon/iStock/Getty Images

Though they may certainly have the spotlight at the moment, Ryom Tae Ok and Kim Ju Sik aren’t slated to win any medals. CNN explains neither of them have ever been in the Olympics before. They did win gold during the Asian Figure Skating Trophy in the Philippines in 2016 and won bronze at the Asian Winter Games in Japan shortly after. But at the World Figure Skating Championships in Helsinki, they placed 15th.

There’s also extra pressure for these two athletes to perform well considering their country of origin. News.com.au says athletes who give “glory to the country” are often gifted gold license plates, and Olympians who win medals are known by name.