Sleep Apnea or Insomnia Problems? This Could Be Causing It 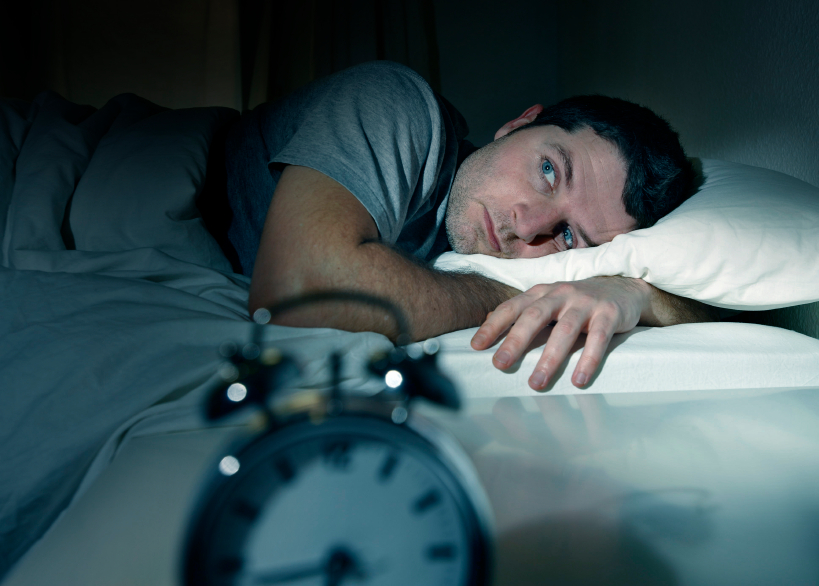 Man unable to sleep due to insomnia | Source: iStock

The three traditional cornerstones of health are exercise, diet, and sleep. Each depends on the other, and when they’re all in balance and harmony with each other, we tend to be at our best; functioning at our highest capacity. Because the three are so interlinked, however, anything askew in, say our diet, can impact our workouts, or how well we’re sleeping. That, in turn, can throw our entire balance of health into flux.

In those cases, it can be hard to tell what exactly has thrown us into a tailspin. According to researchers at the University of Adelaide — a public university in Australia — it may come down to a specific characteristic in the things we eat: They contain way too much fat.

Not only do fatty diets lead to sleeping issues at night, they can also make us drowsy and tired during the day. Essentially, you’re fighting a losing battle on both ends; fighting to stay awake when you need to be, and struggling to sleep when you need rest. Diets high in fat have also been tied to higher reports of sleep apnea and insomnia. The results of the study were published in the journal Nutrients.

The study was “based on data of more than 1800 Australian men aged 35-80, including their dietary habits over a 12-month period,” and found that “among those with available dietary and sleep data, 41% of the men surveyed had reported experiencing daytime sleepiness, while 47% of them had poor sleep quality at night.” Additionally, about 54% had mild-to-moderate sleep apnea, and 25% had moderate-to-severe sleep apnoea, which was assessed by a sleep study among those who did not have a previous diagnosis of sleep apnoea.”

“After adjusting for other demographic and lifestyle factors, and chronic diseases, we found that those who consumed the highest fat intake were more likely to experience excessive daytime sleepiness,” said the study author Yingting Cao, in a press release. “This has significant implications for alertness and concentration, which would be of particular concern to workers,” she added. “High fat intake was also strongly associated with sleep apnoea.”

This doesn’t mean you need to jump on the fat-free bandwagon, however. There is plenty of science backing up the idea that a healthy amount of fat in our diet is essential to maintaining a healthy lifestyle. But you should look at certain meals or foods more critically, especially if they contain huge levels of fat. Fast and fried foods spring to mind, and a look at almost any fast food restaurant’s nutritional information should send up red flags.

And, of course, we’re all going to end up having a burger here and there, so no need to panic about it. The key here is to not make a habit of eating super fatty foods. Specifically, as research from Harvard points out, you want to avoid “bad” fats, or trans fats. These are the fats that cause your cholesterol levels to build up, and lead to cardiovascular and heart disease.

Sleep and your diet

It would only make sense that if your diet is high in bad fats, and your heart is having trouble simply pushing blood through your plaque-congested arteries, that you’ll probably have trouble sleeping, too. This study is only preliminary, however, but it does show that there is some connection between what you eat and your energy levels.

Not only that, but if you find that you have high levels of body fat — or perhaps that you’re BMI readings aren’t in sync with what you’re seeing in the mirror — you may have a lot more problems to deal with than just trying to get to sleep at night. Actually, having trouble sleeping is likely just an indicator that there are other issues at play. Try to keep your diet zeroed-in on lean proteins and plant-based items, and only go for the super unhealthy stuff every once in a while.

You’ll sleep better, for starters. But you’ll also be doing your body a big favor. If you’re still having trouble getting to sleep, you can try other dietary experiments as well, including foods that actually help you get some shut eye.