Is Gatorade Dangerous for Your Health? 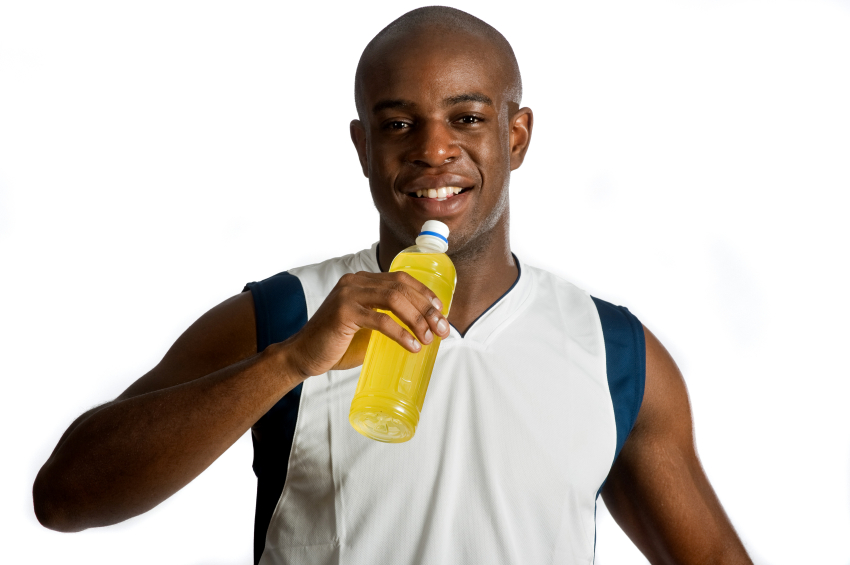 After a serious workout, refueling your body with electrolytes, carbs, and fluids is a great way to feel replenished, energized, and ready to continue with your day. So, why not reach for a Gatorade to provide nutrients for your body? Better yet, why not drink Gatorade all of the time, even when you’re not working out, to quench your thirst and provide you with energy? While the drink  has its benefits for those who run multiple miles daily and heavily lift, drinking sports drinks daily can do much more harm than good — it’s important to know when to drink it, how much to drink, and why you should consider putting it down in favor of other nutrient-dense foods on your rest days.

Let’s look at the ingredients first — Dr. Salerno, a physician based out of New York, N.Y., takes a close look at what’s actually in Gatorade, and a number of the ingredients can sabotage a good workout. There are 14 grams of sugar in a single 8-ounce serving of Gatorade — and this isn’t just regular sugar. Instead, it’s refined sucrose syrups that give it that sweetness and high sugar content. In addition to this, there aren’t many people who just drink one serving of Gatorade, as the average bottle of the drink is 32 ounces, fueling drinkers with 54 grams of sugar if they drink it all (and many people do).

While the sugar content is high, it’s not the only problem with Gatorade, as the food additives and colorings are also unhealthy to consume. Worth Your Weight Nutrition discusses these additives that are put into the drink, with monopotassium phosphate being one of the most questionable, as it is also known as a fertilizer and fungicide. The food colorings used in Gatorade, such as blue 1 and red 40, may be linked to hyperactivity in children, and symptoms of ADHD have been shown to lessen in severity when artificial food colorings are taken out of a child’s diet.

The number of vitamins and minerals found in Gatorade are not always best for your health either — Livestrong states that while Gatorade contains fat-soluble vitamins such as vitamin A, fat-soluble vitamins do not leave the body when they are consumed in large quantities. Thus, if you’re rehydrating constantly with Gatorade, you may start to have unwanted side effects from the high quantities of those vitamins in your body. Consuming too much vitamin A can lead to vitamin toxicity, and the National Institute of Health states that the symptoms of this include blurred vision, fatigue, headache, and nausea. Vitamin toxicity isn’t the only complication you need to be wary of either — there are 800 milligrams of sodium in a single bottle of Gatorade, which is 33% of the amount you should be consuming daily. Drinking Gatorade, eating salty foods, and not keeping track of your daily sodium intake can result in high blood pressure, which can eventually lead to heart disease and stroke. Though you lose plenty of sodium when you sweat, drinking Gatorade between workouts and on your rest days is doing more than replenishing what you’ve lost — it’s harming your body.

But, after a long, hard workout, it’s important to replenish your body’s electrolytes, and this is where Gatorade can be beneficial for those who are extremely active. Sodium, potassium, and chloride all fall under the category of electrolytes, or salts, that your body requires to function properly. Electrolytes are vital in keeping your body’s fluid levels in balance and also assisting in proper muscle function while improving hydration. It’s important to gain back the electrolytes you’ve lost after working out — you lose between 900 to 1400 milligrams of sodium per liter of sweat, and this amount of sodium loss can affect your blood pressure just as negatively as the consumption of too much sodium.

Nerd Fitness explains how Gatorade can benefit dehydrated athletes because of the fact that water follows the electrolytes into your bloodstream. Because Gatorade has high levels of sodium and potassium along with water within its formula, replenishing your electrolytes after you sweat allows the water to be absorbed into the body with more efficiency, thus rehydrating you faster than just plain water would. Also, sodium minimizes the need to urinate, so Gatorade helps keeps those fluids in your body longer, keeping you hydrated for longer.

Gatorade may be great for rehydrating you when you’re sweating buckets and running marathons, but during an everyday 45-minute workout, you probably will not need to refuel your body with as much sugar and sodium as a bottle of Gatorade offers. During a normal gym day, water should do just fine, and if it’s weight loss that’s your goal, then adding in that sugar and extra calories (about 240 per bottle) is going to set you back quite a bit in your quest.

With so much talk about high sugar and sodium levels in the sports drink, it’s also important to mention that not all types of Gatorade are the same, as PepsiCo produces the Gatorade Thirst Quencher line, the Gatorade Protein Recover line, and G2, along with other powdered variations of the beverage. Gatorade Thirst Quencher is the “classic” Gatorade that has become popular over the years; however, if rebuilding muscle and restoring your energy levels with 16 grams of protein is what you’re looking for in a drink, then the Gatorade Recover drink may be more up your alley. The G2 series is a “lighter” version of the drink with only 30 calories per serving, but what it lacks in sugar it makes up for in artificial sweeteners, which can prove to be just as detrimental to your health as refined sugar. No matter which product you’re choosing, you’re still going to be loading up your body with artificial ingredients, dyes, and sugars that are not necessary for proper body function during or after a workout.

So, is Gatorade really dangerous? It depends on your level of physical activity and how much of the drink you’re consuming — if you’re a marathon runner or someone who partakes in hours of strenuous activity, then the electrolytes that Gatorade offers may benefit you. But, if you’re just working out for an hour at the gym, then the excess sodium and sugar are not necessary, and water will do just fine.