Is it OK to Date Your Friend’s Ex?

More times than not, going after your buddy’s ex is off limits and fully violates any type of guy code by which you might abide. But every once in a while, the universe speaks to a person and lets him know that, although it seems wrong at first, there might be a bigger reason your friend dated this person in the first place – maybe it was to connect the two of you, instead. Such a situation, of course, can be tricky, and must be handled with care.

As with most situations, the decision that’s right for you will depend on your personal relationships, morals, values and beliefs. As Michele Fabrega, a love, intimacy, and sexuality coach for men, tells The Cheat Sheet to consider these factors first:

Woman apologizing after an argument | iStock.com/Wavebreakmedia

If you really consider your buddy a true friend, then clearly you’ve given this much thought prior to deciding to move forward. Because you think it’s worth it to pursue a relationship with his ex, it’s important to be honest – with both yourself and your friend.

Before you go any further, you first need to ask yourself if this person, your friend’s ex, is really worth your friendship, because that’s a risk you’ll be taking, Lisa Daily, bestselling author of Stop Getting Dumped and the on-air dating coach on nationally-syndicated morning TV show, DAYTIME, reminds us. Furthermore, Dr. Claudia Luiz, author of Where’s My Sanity, says that if you’re going to go for it, be prepared to deal with feelings of betrayal or anger. “The more you can deal with and be upfront with all the web of emotions,” Luiz says, “the more your friendship has a chance of not only surviving but deepening.”

How to broach the subject

Beginning the discussion with your friend might be scary, at first. Relationship coach and author Lisa Hayes told us, “You’ve got to get the green light. However, how you ask will make all the difference. Instead of simply asking if it’s OK, you should instead ask a more thought-provoking and conversation-stimulating question. For example, ‘How uncomfortable would it be if I were to date him or her?’”

According to Fabrega, once you decide to proceed in getting closer to this person, try following these tips when having the conversation with your friend:

Tread lightly with your friend, but remember, you don’t need his permission 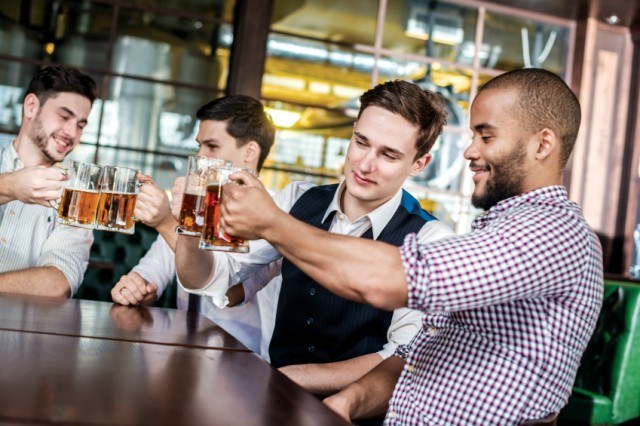 While this situation might yield an unfavorable response based on the rules of guy code, Jennifer Kelman, LCSW and relationship expert, says that although it might be considered faux pas, it’s unnatural to think it can’t or won’t happen. While it’s best to approach your friend for a discussion prior to making a move or pursuing a relationship, Kelman suggests that you don’t need to get permission from your friend, either.

Dating expert Hannah Dela Cruz says, “Relationships, both romantic and platonic are valuable to maintain, but we have to remember that we don’t own our ex’s. If you are interested in pursuing a friend’s ex, you should be transparent first with your friend, and then with the prospective boyfriend or girlfriend.” You don’t want to blindside your friend with a sudden relationship between you and his ex, but you should also remember that the decision is ultimately up to you. If you’ve come this far in thinking about it, you probably know that there’s validity to your feelings, and it’s worth exploring.

Of course, seeing your ex with a friend could be hurtful at first. However, remember to keep the bigger picture in mind. According to Lori D. Salkin, professional matchmaker and dating coach — who actually often encourages setting people up with their friends’ exes — if a person is not destined to be with someone, you should be happy to see that your friend has found happiness, even where you couldn’t because you and your ex clearly weren’t right for one another. If nothing else, how the two of you met and your relationship story could make for a great wedding toast.