Is Your BBQ Cookout a Cancer Risk? 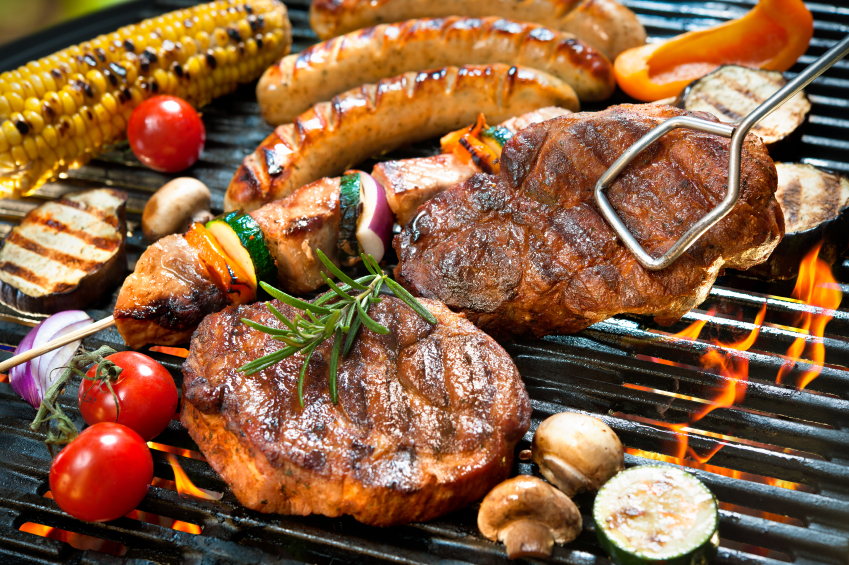 There’s nothing more American than spending a day off of work for the Labor Day holiday, putting back a draft or two and firing up the grill for a red meat loaded cookout. We all know steaks and hot dogs and hamburgers aren’t really the best food we could be eating, but it’s a holiday and everything is OK in moderation, right?

In the case of grilled meat, less moderation and more limits on how much you eat might be for the better, as research shows that the grill marks and charcoal aroma you’ve come to know and love might actually lead to certain kinds of cancer. The frustrating part? Doctors can’t say for sure how much grilling, if any, is actually dangerous. In other words, several experts agree that there could be a cancer risk, but they can’t tell you if you need to eat one hot dog or be the next Joey Chesnut before you should be concerned.

Here’s what we do know about cancer-causing compounds because of grilling, according to the National Cancer Institute: two chemicals form when meat is cooked over high heat and flame, such as grilling and pan frying (yep, even your stovetop can cause some issues). Heterocyclic amines (HCAs) form when the amino acids, sugars, and creatine (a substance in muscles) in meat react at high cooking temperatures. Polycyclic aromatic hydrocarbons (PAHs) form when fat and juices from the meat drips over an open fire and causes flames. Those flames contain the PAHs, which then adhere to the surface of the meat.

Carcinogenic chemicals in your food?

PAHs, by the way, are one type of compound that’s also found in cigarette smoke and car exhaust fumes. Both HCAs and PAHs have been found to be mutagenic, which is medicine’s fancy word for saying they have the capability to change DNA in humans and cause cancer. In other words, one potential carcinogen forms on the inside of meat, and the other sticks to the outside.

There are a few studies that have shown an initial link between eating a lot of grilled meat and pancreatic, colorectal, and prostate cancers. The study on pancreatic cancer was conducted by Kristin Anderson and her colleagues at the University of Minnesota. The researchers looked at the self-reported eating habits of 60,000 people, 208 of whom were diagnosed with pancreatic cancer. In the study, those who consumed the highest amounts of meat cooked at high temperatures had a 70% greater risk of developing pancreatic cancer, as compared to participants with the lowest intake. 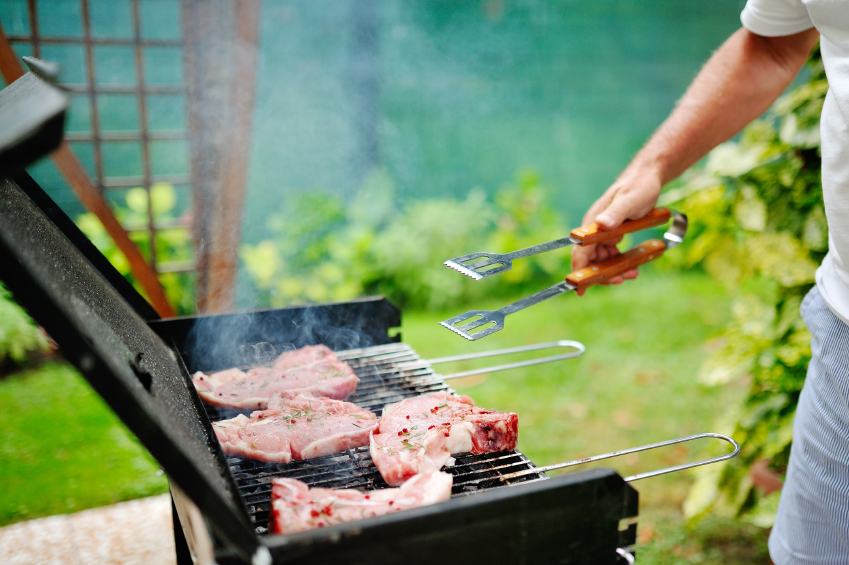 But actually coming up with solid numbers about how much grilled meat is dangerous is more complicated than it might seem. Those harmful chemicals need to be absorbed by certain enzymes in the body, and people have varying levels of those enzymes. Plus, it’s difficult to measure how much of the HCAs and PAHs are consumed when serving sizes and cooking methods vary so much, Anderson told The Washington Post.

As a general rule of thumb, the cancer institute says that the more well done your meats are, the higher the concentration of HCAs. No one is advocating for you to risk food poisoning by eating a bloody steak, but if you can handle a little pink, it could reduce the levels of harmful chemicals in the meat.

Another thing to keep in mind: the institute cites several studies in which animals exposed to high levels of HCAs and PAHs developed cancers like leukemia, colon cancer, and breast cancer. But the institute also explains that the doses in those tests on rodents were extremely high — thousands of times higher than what a person would consume in a normal diet.

How to limit the risks of cancer

Because science frowns on knowingly dosing humans with carcinogens, it’s much more difficult for scientists to learn where the cutoff point for humans needs to be, in terms of grilled meat. In fact, Rashmi Sinha, the deputy branch chief of the institute, couldn’t tell the Post for certain whether people should give up grilling for good. Eating meat from the grill every day is obviously riskier than eating it once a month, Sinha told the publication, “but I can’t give you a number where it goes from okay to bad.”

If you are particularly worried about potential cancer causes — perhaps you already have a family history — then there are some ways to mitigate the risk. Harvard’s medical school suggests that marinades might help to lessen the risk, though they also say that reviews are mixed on that. The American Institute for Cancer Research suggests that limiting portion sizes that are cut in smaller pieces will cut down on your intake and also reduce the cooking time required on the grill. Choosing leaner cuts will also help, as fat drippings are one of the most common ways to start flame flare-ups.

Some resources suggest using foil on the grill to prevent the smoke from below covering the meats. And the American Cancer Institute suggests microwaving the meat for a few minutes before putting it on the grill, to limit the amount of time it’s exposed to open flame. For the rest of us, throwing caution to the wind is also an American pastime — especially when the concerns are murky and not completely proven. If we’re eating red and processed meats in moderation (your doctor would tell you do so anyway, for other health reasons), and ordering that steak a tad more rare, grilling will probably fall into the category of things-that-could-but-probably-don’t-cause-cancer.