Janelle Monáe shocked just about everyone when she revealed her gender identity in a recent interview with Rolling Stone. During that interview she came out as pansexual. What exactly does it mean to be pansexual?

Here’s how Janelle Monáe defines pansexuality and why she once said she only dates androids (page 6).

How Janelle Monáe discovered she was pansexual

Monáe says she’s open to learning more about herself as life goes on. | Jason Merritt/Getty Images

Monáe told Rolling Stone she identified as bisexual in the past, but upon learning about pansexuality, she decided to broaden her gender identity. She says she learned more about herself during her research on sexuality. “Later I read about pansexuality and was like, ‘Oh, these are things that I identify with too.’ I’m open to learning more about who I am,” said Monáe in her Rolling Stone interview. 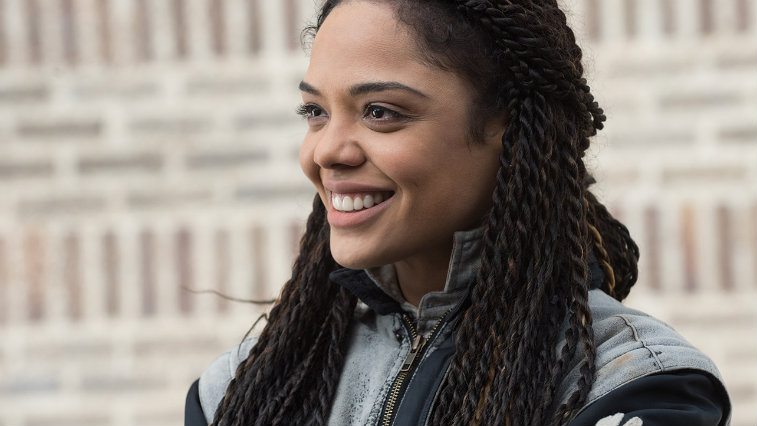 Could there be more between these two than just friendship? | Warner Bros.

The singer has been romantically linked to actress Tessa Thompson. The two say they are friends, but some are speculating there is more between them. Thompson and Monáe are often seen together at parties and other star-studded events. However, Monáe’s recent videos starring Thompson as her love interest have lead to even more rumors about the two possibly being in a romantic relationship.

Next: Her message to the LGBTQ community.

The message she wants to send in her new album Her next album focuses on sexuality. | Janelle Monáe via Instagram

Monáe said in her interview with Rolling Stone that her latest album, Dirty Computer, is for people who are struggling with their sexuality. “I want young girls, young boys, nonbinary, gay, straight, queer people who are having a hard time dealing with their sexuality, dealing with feeling ostracized or bullied for just being their unique selves, to know that I see you. This album is for you. Be proud,” said Monáe.

Next: Janelle Monáe said she needed to talk to someone about her struggle.

Getting help during a dark time

Things got so tough, Monáe said she reached out to a mental health professional. The singer reveals she sought therapy to help her sift through the confusion and feelings of being misunderstood. “I felt misunderstood. I was like, ‘Before I self-destruct, before I become a confused person in front of the world, let me seek some help,” Monáe told Rolling Stone.

Next: How she defines pansexuality.

What pansexuality means to Janelle Monáe

Monáe told Rolling Stone she is a queer woman who dates both men and women. She also said she feels a sense of freedom now that she has disclosed her sexuality. Monáe admits she felt insecure early in her career because she didn’t look like what the music industry considers to be the ideal woman. “All I saw was that I was supposed to look a certain way coming into this industry, and I felt like I [didn’t] look like a stereotypical black female artist,” Monáe told Rolling Stone.

Next: Why she used to say she only dates androids.

Why Janelle Monáe said she only dates androids

She hides behind an alter ego from time to time. | Janelle Monáe via Instagram

Whenever she was questioned about her sexuality, Monáe would often respond that she “only dates androids.” We now know this was her way of dodging the question. The singer says she created an alter ego, where she could hide behind the mask and cover up her true identity. “The persona, the androgynous outfits, the inflexible commitment to the storyline both on- and offstage, served in part as protective armor,” wrote Rolling Stone reporter Brittany Spanos.

Next: What is pansexuality?

What does it mean to be pansexual?

You should know the difference between these two identities. | Janelle Monáe via Instagram

Back 2016, GLAAD President and CEO, Sarah Kate Ellis, told USA Today that someone who identifies as pansexual is attracted to all gender identities. Ellis further explained that bisexuality and pansexuality are not the same thing. However, pansexuality falls within the category of bisexuality. “Pan is more about all-inclusive, and bi tends to be more than one,” said Ellis in her USA Today interview.