“The Real” host Jeannie Mai is an Emmy-winning talk show host, but that’s not her only admirable accomplishment. In May 2018, she announced a major weight transformation — and it’s not the kind you’d expect.

What she looks like now compared to what she looked like before (page 5) will amaze you. The reason she decided to gain weight (page 6) is just too relatable too ignore.

Jeannie Mai has always been ‘thin’ The television host is naturally petite, but also worked hard to maintain her thin frame. | Jeannie Mai via Instagram

For a long time, she pushed herself hard to fit into a certain mold. She wrote on Instagram that her choice to stay at a lower than average weight “came from my self control to lose ‘chubby’ teenage weight and a stressful idea that my body was built to look best ‘thin.'”

Next: She gained a lot of weight, but she did it for the right reasons.

She gained 17 pounds in 3 months — and loved it 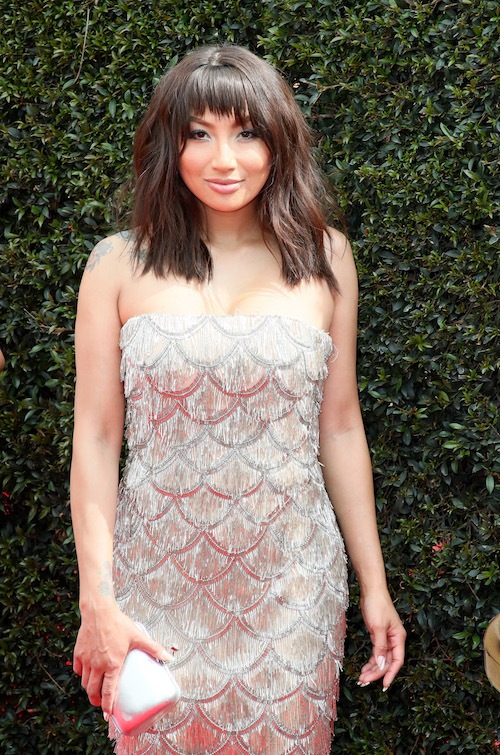 She told her Instagram followers that in February 2018, she began a new training program and eating plan to become “as physically Strong as I am mentally Indestructable.” In just three months, she gained almost 20 pounds, probably mostly from muscle. How did she do it? And why?

Next: Some people eat to lose weight. Her diet was different.

Healthy eating made her gain weight — in a good way 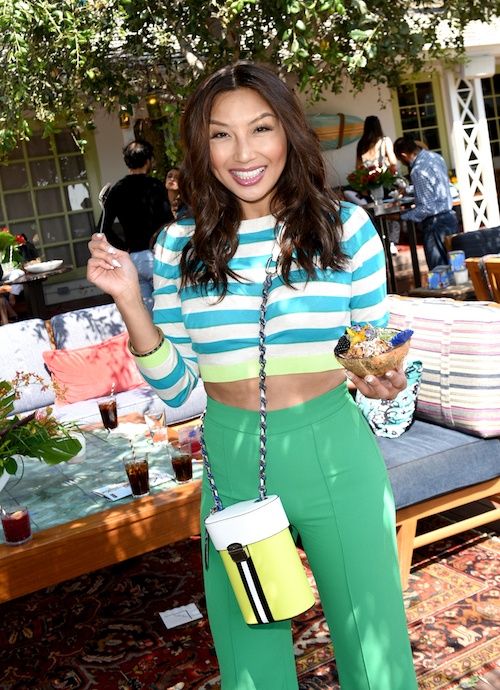 Mai decided to rev up her lifestyle. | Vivien Killilea/Getty Images for Henri Bendel

Apparently, after years of avoiding carbs and not treating her body to the amount of food it deserved, Mai completely revamped her diet. She started eating “clean” and added more protein, more carbs, and more healthy food in general to her daily menu.

Next: Eating more wasn’t the only thing that helped.

The exercise regimen that helped her bulk up

She worked to become stronger, rather than thinner. | Jeannie Mai via Instagram

She spent a lot of time in the gym “lifting heavy weights.” A few of her Instagram photos show her engaging in a variety of strength training exercises to build muscle and make good use of the carbs and protein she eats throughout the day.

Next: After three months, this is what she looks like now.

Usually when people post about their weight online, they tell the story of how they shed pounds to “get healthy” and improve their body confidence. Mai did the opposite, posting before-and-after photos of her weight gain.

Next: Mai’s motivation to gain weight is actually pretty relatable.

Why did Jeannie Mai gain weight? She was finally ready to stop restricting herself. | Jeannie Mai via Instagram

Surprisingly, Mai said that approaching her 40s kickstarted her weight gain journey. She wrote in her Instagram post, “As I’m nearing my 40s, I realize … why the hell should my body be forced to suffer?” Her “over controlling ways” kept her thin, but she basically realized, “What’s the point?”

Next: Is she really sending the right message about her weight?

Is weight change really about ‘self-control’?

Mai credited her “self control” when discussing how she remained relatively the same weight for 12 straight years. It’s important to remember that weight change, whether you’re gaining or losing, is a complex combination of factors that aren’t always under your control.

Sometimes, you have to do what you can amidst the circumstances you’re in. Sometimes, medications, health conditions, and stress make it seem impossible. Weight is just one measure of health, but it’s not the only one.