Fans have followed Jennifer Hudson’s weight loss journey in addition to her career. The star followed poor dieting practices and finally chose to approach her weight loss in a healthy way after giving birth to her son, David.

Her results were shocking, but what is even more impressive are the secrets behind how she has maintained the 80-pound weight loss.

She used Weight Watchers to lose the weight

Hudson chose to lose the weight around the time she was pregnant with her son. “I thought, Hold on — why doesn’t anybody know I’m pregnant? … Right after I had him, I began trying to change things.”

The Weight Watchers’ Program gave Hudson a regimented, healthy way to address her major weight loss. She spoke out about the program and praised how it encouraged her to focus on a balanced diet rather than a restrictive one.

Next: The surprising exercise Hudson did to lose the weight.

She walks, a lot

Hudson took what she called a therapeutic approach to exercise instead of pressuring herself to hit the gym multiple times a day like she’d done in the past.

“I began walking 30 minutes every day … I figured me walking is better than me sitting on the couch.” She started with walking and built up to other activities she loves, like jogging, bike riding, basketball, and tennis. In her spare time, Hudson does a workout called trilogy, a quick 15-minute exercise that combines cardio and strength moves.

Next: Hudson doesn’t let her diet boss her around — here’s how.

She doesn’t let food intimidate her

She enjoys her favorite foods, but knows when enough is enough. | StephanieFrey/iStock/Getty Images

Rather than over-snacking or bingeing, Hudson simply gets rid of food when there’s too much in front of her. She swears portion control is the true drive behind a successful diet. “I throw pancakes across the room! I don’t let the food intimidate me,” she told Yahoo Style.

However, Hudson remains cautious of what she’s putting into her body and at what time. “When it’s early in the morning, I say … I would’ve been asleep … so I’m not going to eat.”

Next: The breakfast Hudson swears by.

She eats a consistent, high-protein breakfast 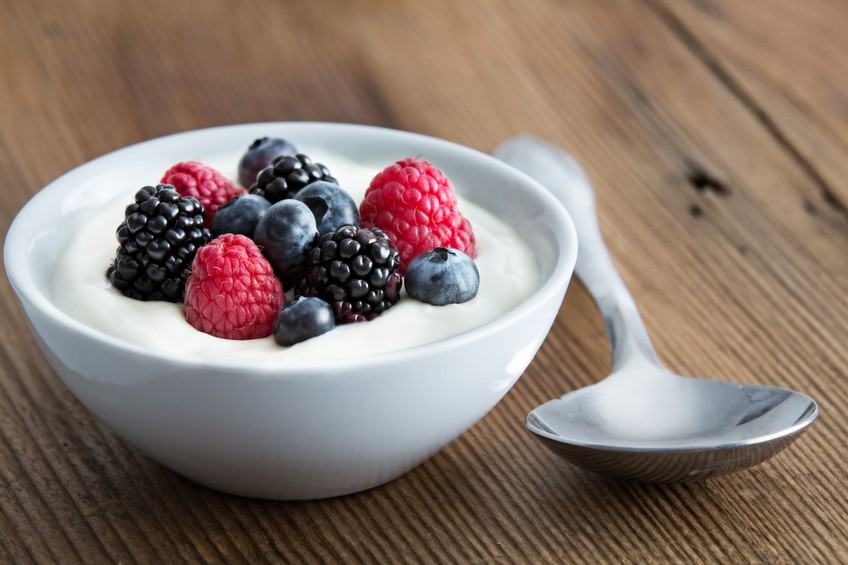 She keeps her breakfast clean and full of protein. | iStock.com/Ozgur Coskun

Hudson eats a high-protein breakfast like an egg-white scramble or fruit and yogurt combo. Lunch consists of a turkey sandwich, grilled chicken salad, or a fish and veggie stir-fry. For dinner, Hudson combines lean proteins and veggies to round out her three meals.

She also consistently snacks, but keeps her midday cravings healthy. Celery sticks, popcorn, or an apple are a few of her go-to options. She says she won’t deprive herself of treats, so long as she sticks to reasonable portions.

Next: This surprising food is a part of her diet.

She lets herself have chocolate

She reaches for a square to satisfy her sweet-tooth. | Al62/iStock/Getty Images

Hudson has a pretty common guilty pleasure — while she’ll stick to a healthy diet, she can’t resist chocolate every now and then. Hudson says she allows herself at least one piece of chocolate a day.

“I always have to have chocolate around — it’s my cigarette. I don’t smoke but it calms me so well,” she said.

Next: Hudson’s message for dieters.

Her message: ‘Stop depriving yourself’

Jennifer Hudson’s busy and hectic schedule often made it hard for her to eat healthy. |  Christopher Polk/Getty Images

The 80-pound weight loss wasn’t Hudson’s first time losing weight, however, it was definitely her most successful. Hudson told Self how drastically different this weight loss was, and why she believes she’s maintained it for so long.

“I had to break my diet mentality. I used to deprive myself, thinking that was healthy,” she said. “If you’re on a strict diet that says you shouldn’t have any carbs or this or that, your body won’t function the way it should. I know now that I can eat anything I want and still lose or maintain my weight. It’s about portions and balance.”

Keep your portions small when you indulge. | iStock.com

“For anyone who wants to lose: Dude, if I can do it, you can do it. And for those who want to stay the same, I hope I can be an example to you, too; I was proud of being a big girl,” Hudson said.

She also said that while her career was going well before she lost weight, dropping the pounds has done wonders for her work: “Since losing weight, I haven’t stopped. I have worked every single day of this year.”