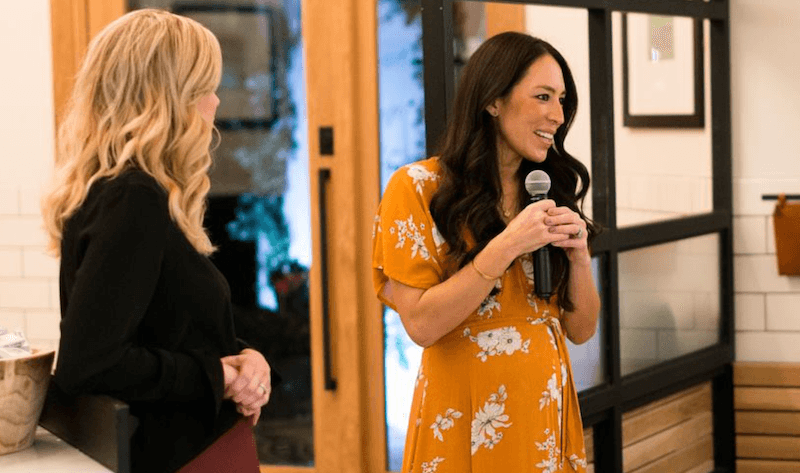 Most health experts tell you to eat a balanced diet, get enough sleep, and exercise. Self-care is an essential part of a healthy lifestyle. However, it can be tough to find the time to take care of yourself when you’re busy with work and family obligations. If you find it hard to focus on your health needs, you have some company.

Fixer Upper star Joanna Gaines said she found herself caught up in the flurry of work and family demands. Life got very busy for her and her husband, Chip, once their businesses took off. However, Joanna says in her column for the Fall 2018 issue of Magnolia Journal that she was forced to slow down once she found out she was pregnant with baby No. 5.

Here’s what Joanna had to say about self-care during and after the birth of baby Crew.

In Magnolia Journal, Joanna says she finds it hard to slow down. “I truly enjoy having a lot on my plate. Too much downtime and I get antsy. Not enough projects and I get bored,” says Joanna in her column.

The mom and entrepreneur knew that it’s not good for the mind or body to keep going without taking time to rest. So, Joanna says she and Chip decided to take a break from work at the end of 2017. This was sad news for many fans because this meant the end of the hit HGTV show Fixer Upper. Joanna says the break turned out to be a great thing for them because she found out she was pregnant with their fifth child, Crew, a few weeks after they made their decision.

Joanna says pregnancy gave her no other choice but to take care of herself and slow down the frantic pace of her life. Although it was difficult for her, she says it was a gift in disguise. “This pregnancy forced me to truly rest, and I don’t know that I would have allowed myself to take a real break if not for this baby. It’s sweet how, even in the most unpredictable ways, we’re given exactly what we need for that exact moment in time … Being pregnant and ‘forced’ to slow down has been a gift,” she tells her magazine audience.

The design star says since her fifth pregnancy was tougher (she was 40 at the time), she learned how to ask for, and receive, help from others. “While sometimes I am capable, able-bodied, and strong on multiple fronts, other times I need to step back and delegate, let go of some stuff, and really rest,” she says.

Joanna also tells her readers that a big part of self-care was not only accepting help but also coming to terms with her limitations. Instead of trying to be all things to all people, she says she came to a place of “acknowledging my lack, understanding my limits, knowing the strengths of those around me, and graciously receiving help when they’re willing to step in.”