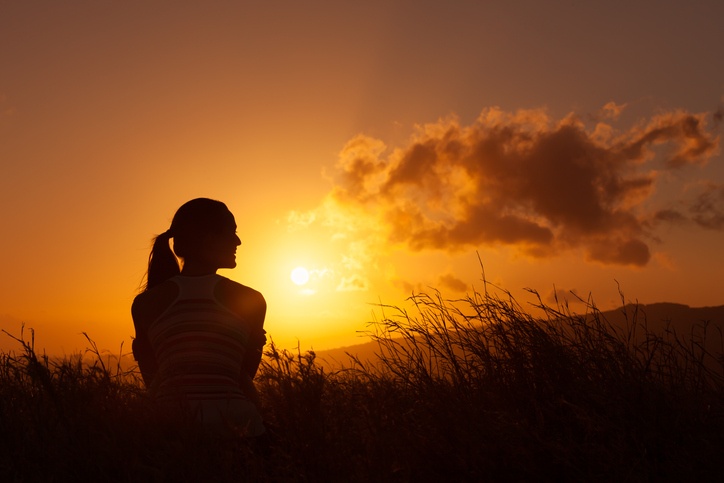 Have hope even when things seem hopeless. | kieferpix/ iStock / Getty Images Plus

Life can throw curveballs that knock the wind out of you. At some point, we all experience difficulties, tragedies, and unpleasant events that come along with daily living. In the latest issue of The Magnolia Journal, Joanna Gaines encourages her readers to remain hopeful despite whatever might be weighing on them. If your heart is heavy with the cares of this world, Joanna has some words of strength and wisdom to share. Here’s what Joanna Gaines says about choosing to remain hopeful in times of trouble.

Joanna says we should replace fear with excitement

Joanna reminds us that although change can be scary, it can also be an exciting time. Allow waiting for what’s next to fill you with excitement. Try to see and use this energy in a positive way. Instead of dreading what’s next, welcome it, and wait for it with hope and expectation that something good will be waiting for you around the corner. Joanna shares this reflection:

The human mind seems particularly suited for playing out any given scenario, flipping the outcome in a hundred different ways. We hope for all that we deem good and pray for the seemingly impossible. And without missing a beat, we also forecast the bad and sometimes expect the ugly. Our greatest hopes and fears could both feel equally plausible in any given moment. Hasn’t every dream realized come through hopeful expectation?

It’s tempting to become anxious while waiting to see how something in our life will turn out, but Joanna says it’s best not to give into to the anxiety. Instead, we should focus on having a good attitude and hoping for the best outcome. She advises her readers to realize time is a gift and to make the best of the time they have:

[Anticipation] is a close but distinct cousin to both excitement and anxiety—though these emotions have a suddenness about them while anticipation requires time. It makes us wait. It can serve as the bridge between where we stand today and what lies ahead. Our attitude on that journey is surely as important as wherever it is we’re going. What we make of this time in between, whether it’s two years, two days, or two hours, is every bit as important as the outcome itself.

Learn to see the beauty in waiting

It can be hard to wait for what’s next. Just about everyone has struggled to quiet those thoughts of “what if.” However, Joanna says it’s important to savor your time right now and appreciate it. It can be a time to reflect on the past and plan for what’s to come. Joanna believes living life with hope can be “thrilling.” Although times might be trying, Joanna encourages us to see the “beauty in the in between.”