We’ve heard all about the North Korean dictator. From his love of fatty foods to his intimidating nuclear arsenal, Kim Jong Un is good at keeping the entire world on edge. But perhaps he’s attempting to turn a new leaf — first by allowing North Koreans to be in the Olympics and now by announcing his wife’s shiny new title.

Find out what he’s now calling his wife (page 7) and why that’s so monumental for the Kims and North Korea.

1. Ri Sol Ju, Kim Jong Un’s wife, is still shrouded in mystery after all these years

We don’t know too much about Ri Sol Ju. | AFP/Getty Images

The North Korean regime is excellent at keeping their private lives under wraps, and that rings particularly true for Kim Jong Un’s wife. Ri Sol Ju is rumored to have been a performer before her marriage — but it seems the regime attempted to cover up her past. Not only that, but even her age is still a mystery. And she regularly disappears from the public for months on end with no explanation.

Thanks to Kim’s relationship with Dennis Rodman, the ex-basketball star seems to accidentally have spilled the beans by telling everyone Kim and Ri have three children. Even with his reporting, no one can say for sure what’s true.

Next: Who really arranged the secret marriage?

Details about the marriage ceremony are largely unknown, but analyst Cheong Seong-Chang told a South Korean newspaper he believes Kim and Ri married in 2009, BBC News reports. Cheong also believes Kim’s father, Kim Jong Il, arranged the marriage. And he did this in quite a hurry after his stroke in 2008.

Next: Here’s what we know about Ri’s family.

3. Ri’s family may be from the political elite

His family expected a certain image out of his wife. | AFP/Stringer/Getty Images

A few years ago, the Daily Beast reported Ri’s family was considered to be among the elite, as her father was a professor and her mother led a gynecological unit at a hospital. But of course, this conflicts with what The New York Post said about her being a pop star or possibly part of a cheerleading squad before she met Kim. Others even posit she was born into an average family.

Next: You’ll be shocked to know how Kim treats the women in his life.

4. Kim Jong Un is, surprisingly, often consulting with his sister

You may expect a place like North Korea to thrive off of totally patriarchal views, but that’s not totally so. Kim’s younger sister, Kim Yo Jong, is an important person for the leader to consult with. The Washington Post notes he even used to call her “Princess Yo Jong.”

Currently, she’s in charge of promoting Kim Jong Un’s image and working behind the scenes to ensure the regime is running smoothly. You may not see her much in the public eye — but Kim relies on her heavily.

Next: Kim relies on the men in his life for help — but he really needs this one person the most.

5. He might trust Kim Yo Jong the most out of anyone

In October 2017, Kim Yo Jong was promoted to the political bureau of the Workers’ Party in North Korea, The Washington Post explains. This just goes to show how much faith he has in her leadership.

Is there any chance of his younger sister ruling the whole country one day? While Kim Jong Un relies on his sister, the regime is still mainly male-dominated. It’s unlikely she’d advance that far — though her brother’s latest move with his wife might encourage more female opportunity.

Next: His family is treated respectfully, but this is how Kim treats the other women in North Korea.

6. That doesn’t mean every woman is treated fairly under his rule

Kim may treat his family well — but that doesn’t go for all women in the country. According to one citizen, her time spent in the North Korean army was rife with sexual harassment and assault. She also said the treatment was so brutal that many women would stop menstruating. Of course, Kim turns a blind eye to all of this.

Not only that, but one former farmer said a North Korean PSA agent sexually assaulted her. Unsurprisingly, she found no justice.

Next: Could Kim’s latest title for his wife give a new outlook for women all over North Korea?

She has earned this honorific. | AFP/Getty Images

It’s typical for the wives of North Korean leaders to be known as “comrade,” Fox News explains. But recently, Ri got a name upgrade. She’s now known as the “revered first lady,” which follows her first public appearance at an event where she was totally solo.

As experts have noted, there are no accidents made by the regime. That means there’s a reason Ri was given this rare title. And it’s also no coincidence that she’ll be meeting South Korea and the U.S. at upcoming summits.

Next: Here’s why everyone thinks Ri was given this highly coveted title.

8. Kim might be trying to paint North Korea as a bit more ‘normal’ than usual

As The Guardian explains, analysts believe Kim wants the world to perceive North Korea in a different light than it has in the past. By giving Ri the title of first lady, it makes her seem more like Melania Trump or South Korean first lady Kim Jung Sook.

Another analyst, Shin Beom Chul, says Kim’s relationship with his mother may also have something to do with it. “Growing up watching his mother could have motivated him to elevate the status of his wife,” Shin explains. Not only that, but Kim’s mother’s life was cut short due to breast cancer in 2004.

Next: Should we expect more public appearances and less secrecy from Ri now?

9. What does this mean for Ri Sol Ju in the future?

Will we be seeing more of her in public? | AFP/Getty Images

The last time the term “first lady” was used in North Korea was in 1974, when Kim’s grandfather gave it to his second wife, The Guardian reports. So it’s certainly a monumental step for Kim to be using it now for Ri. But as for a changing role, it doesn’t look like too much will happen. This titling seems like it’s mostly for positive public image.

With that said, as Kim’s sister is responsible for her brother’s image, perhaps it was her idea to elevate Ri’s status. And now that Ri’s the official first lady, we wouldn’t be surprised if she’s seen out and about more often. Perhaps we may even get a glimpse of the first family’s kids.

Next: Kim keeps women around for certain reasons.

10. Ri may exist to show a specific side of her husband 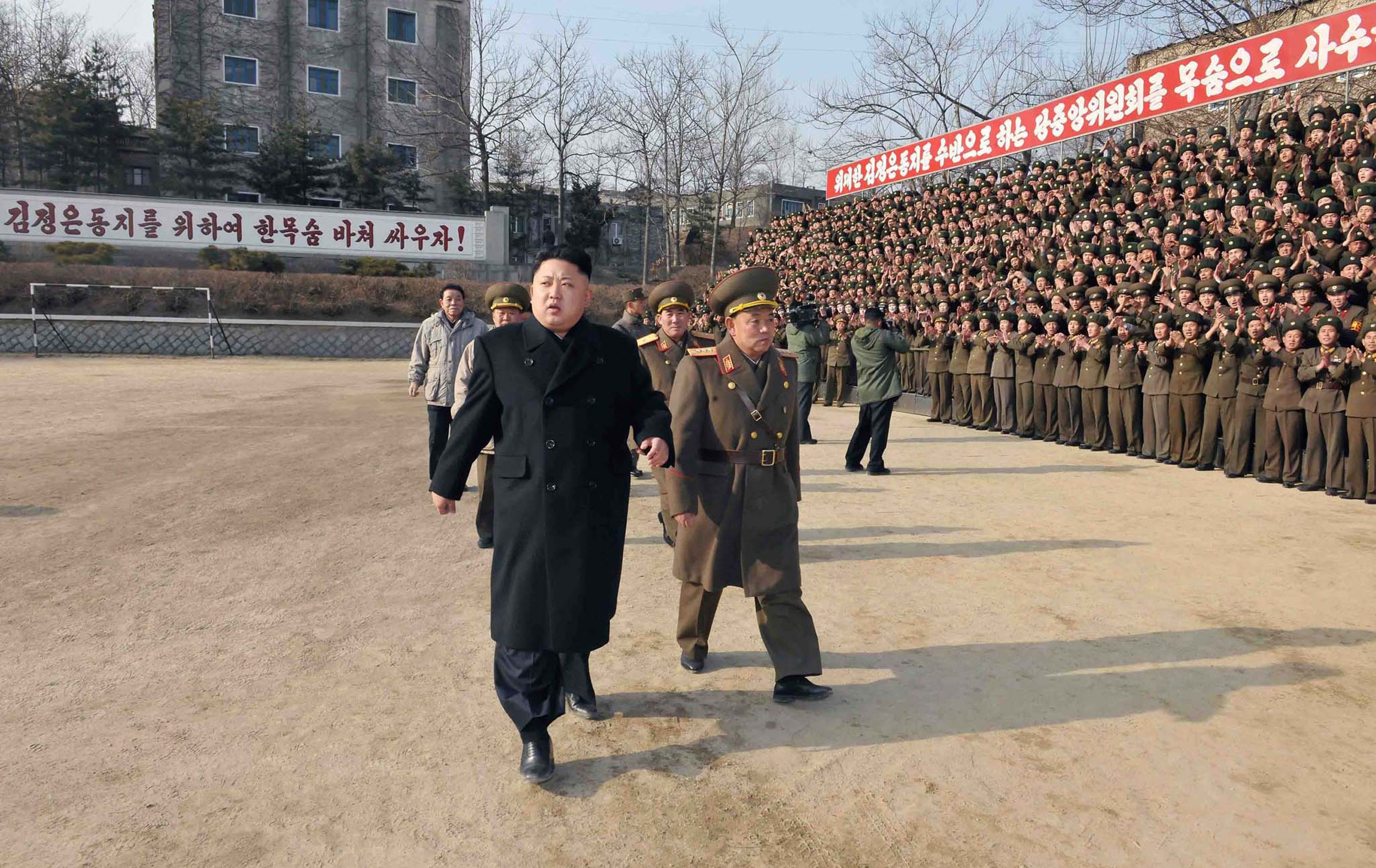 Next: This is how the public feels about her expensive handbags.

11. Ri is known (and hated) for her high-fashion choices

When you’re part of the North Korean elite, you’d have a lavish lifestyle, right? Not everyone is happy with Ri’s high-fashion choices, says UPI. According to reporters in the country, the citizens are angry with Ri’s expensive French purses and outfits because it shows the gigantic wealth gap between the elite and the people.

The people also weren’t impressed when the state media announced her as “Respectable Comrade Ri Sol Ju.” As one male worker in the country said, “What did she do to earn such praise?”

Next: Ri might be more educated than you think.

12. Ri is supposedly pursuing a Ph.D. (or perhaps already has one)

Little is known and confirmed about Ri’s background and education. But back in 2012 the Daily Beast said Ri was a graduate student at Kim Il-sung University, where she pursued a master’s degree in some kind of science. If this is true, then Ri makes for an interesting public figure seeing as she also supposedly studied singing in China. Perhaps she wears all hats, or maybe someone speculated wrong.

Next: Some reports say this is actually what happened to Kim’s ex-girlfriend. 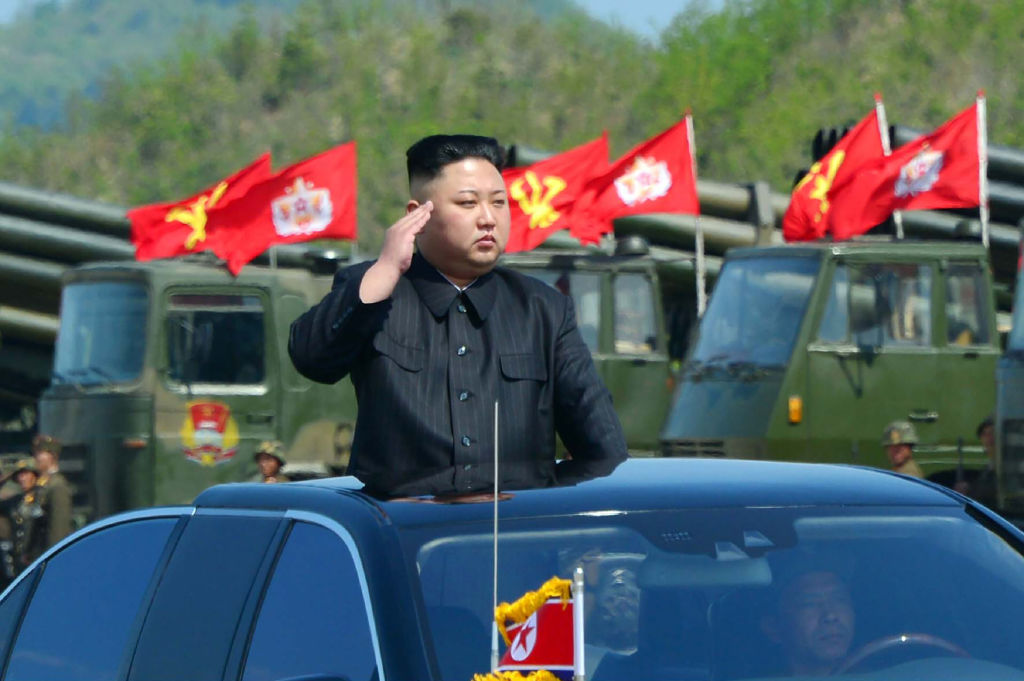 From the window of his car, Kim Jong Un greets his military. | STR/AFP/Getty Images

Other theories suggest Kim’s wife didn’t like how much Hyon was in the limelight because of her musical talent, which also could have led to her death.